Uganda’s High Commissioner to Tanzania, Richard Kabonero has revealed that the country is exploring all possible avenues to strengthen Uganda’s economic partnership with Tanzania.

This he noted during an occasion organized by the commission in Tanzania at Serena Hotel in Dar es Salaam to celebrate Uganda’s 59th Independence Anniversary Celebrations.

This Year’s Independence Anniversary theme is “Celebrating our 59th Independence Day as we Secure our Future through National Mindset Change.”

Kabonero noted that the Theme is in line with the four principles of the National Resistance Movement (NRM): Patriotism, Pan-Africanism, Social-Economic Transformation and Democracy. We believe these four principles will help us achieve our Vision 2040.

“As we celebrate 59 years of Independence, we are proud that the bonds of friendship and brotherhood between Uganda and Tanzania are historical, excellent and growing in breadth and depth,” Kabonero said.

Kabonero said that the bilateral cooperation between the two countries is anchored by the Joint Permanent Commission (JPC) due to meet in Kampala next month to review progress of our agreements.

He observed that for these engagements to be meaningful, the results have to be felt by the ordinary people of the two Countries and this is only possible through the rapid implementation of the agreed-upon decisions of the JPCs.

“Therefore, I pledge the commitment of my Government to walk the talk and fulfil our commitments as contained in the various MOUs and Agreements,” Kabonero noted.

He added that, “While Uganda and the United Republic of Tanzania partnership has continued to strengthen, we must acknowledge that trade and investment between our two countries is lower than what is potentially possible.”

Kabonero committed that the Uganda Mission will continue to work tirelessly towards creating an enabling environment that will allow the private sector to share experiences, start business to business networks, identify opportunities and eliminate challenges to trade and investment and ultimately lead to greater integration of our Region. 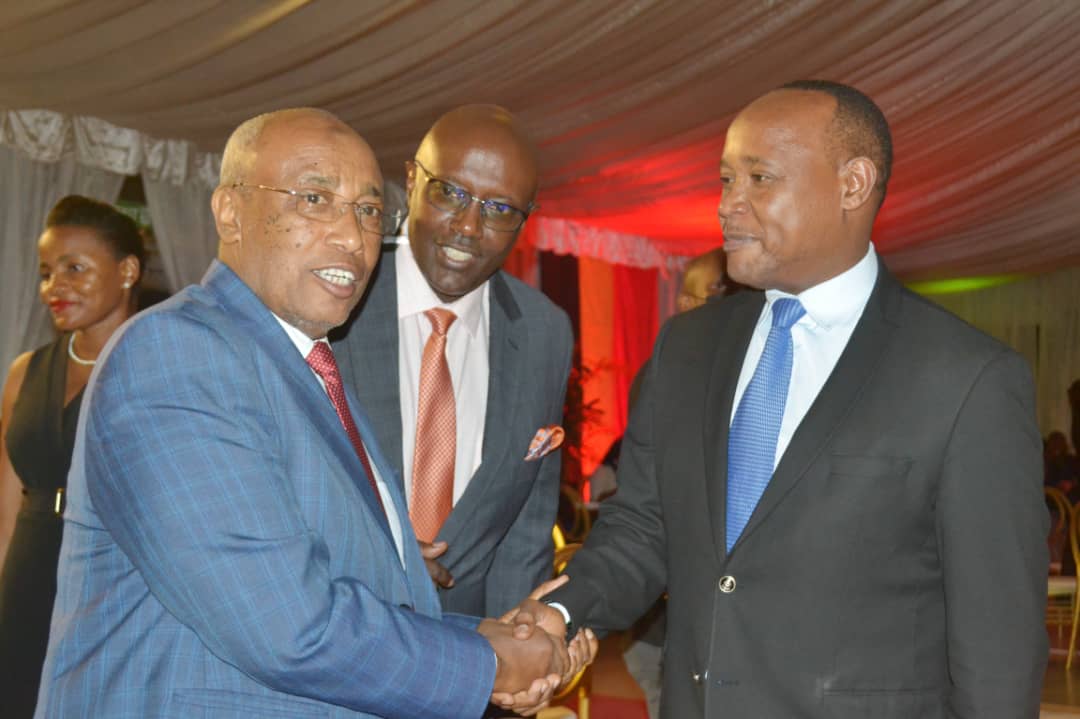 “Our efforts to achieve Sustainable Economic Development must prioritize Regional Infrastructure Projects and Programs that will require an investment of approximately 80 billion U.S. dollars over the coming decade. Among the flagship infrastructure projects earmarked for coordinated development and implementation are the Standard Gauge Railway, the construction of new container terminals at Dar es Salaam, Tanga, Mwanza, Port Bell and Bukasa Ports, and the expansion and construction of regional priority Airports,” He noted.

On his part, the Minister of Foreign Affairs and East African Cooperation of Tanzania, Hon. Amb. Liberata Mulamula appreciated the close bilateral relations between the two countries due to shared history, demographic affinities and being members of EAC.

Mulamula said that these relations have now been transformed into economic partnerships.

“We have to celebrate our relationship through regional integration cemented by JPC. This has become our new norm of our commercial diplomacy. The pipeline will be one of the longest heated pipeline in the world. It will be Transformative in generating economic activities along the way,” Mulamula said.

He called on the private sector to take interest in this project to employ people and improve livelihoods.