Police have announced that traffic in Kampala City will be diverted for Lt Gen Muhoozi Kainerugaba’s 48th birthday run.

It will climax with a celebration at Lugogo Cricket Oval, in Kampala.

The Commander of Traffic Police KMP, SP Kauma Nsereko Rogers, informed the public on Friday that some roads will be blocked off.

According to Kauma, traffic flow will be interrupted to give access to some of the guests who include heads of state. 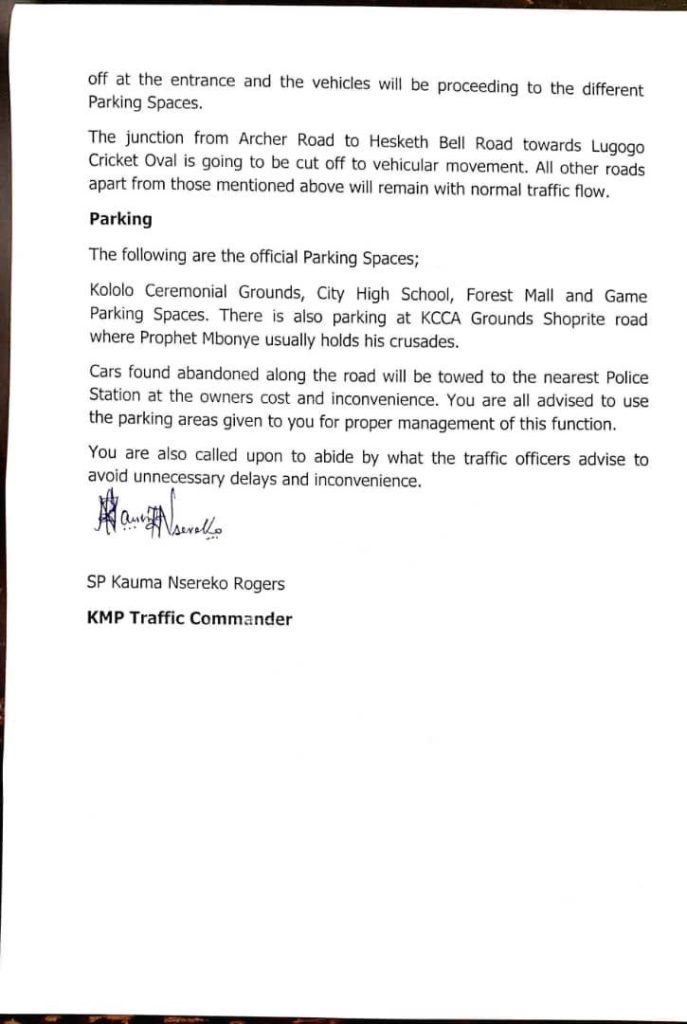