On Friday, a group of 50 Rotarians set off for a three-day adventurous safari to Murchison Falls National Park to explore and experience Uganda – The Pearl of Africa’s beauty in the Countryside, where they checked – in at Sambiya River Lodge.

These,  were among others treated to game drives in the Pakuba junction to catch a glance of nature and wildlife animal species such as; the Rothschild Giraffe, hyena, lions, impala, and warthogs and later had a 30-minute mini-party at the Nile Delta on the shores of Lake Albert, a boat cruise for the ’’Fellowship on the Nile’’ which was the main highlight of the domestic tour navigating through to the bottom of the Falls as they were thrilled by the spectacular Murchison falls,  also a perfected area for Sportfishing down pouring through a catchment area to form the Victoria and Albert Nile while they viewed crocodiles and buffaloes. 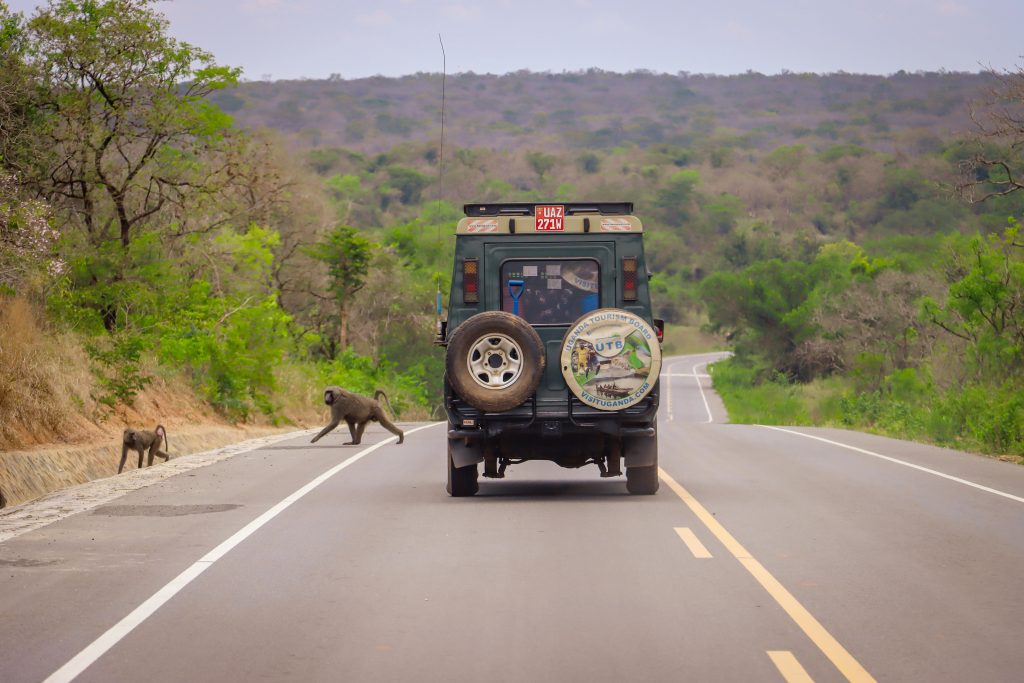 Bradford Ochieng, the UTB Deputy CEO, highlighted the need to rebuild domestic tourism through initiatives like the “Fellowship on the Nile’’.

“Uganda is indeed a beautiful Country and truly the Pearl of Africa. We are ranked 4th in the diversity of tribes,” he said.

“In Tourism, we look at the 5A’s; accessibility, affordability, awareness, availability, and amenities which are the key components of the sector for growth and sustainability. Through awareness, we bring in partnerships as the way to rebuild domestic tourism.”

Countries like China have built their tourism sector by locals, and therefore, our partnership with Rotarians is projected to produce the multiplier effect as a way to sustain tourism. 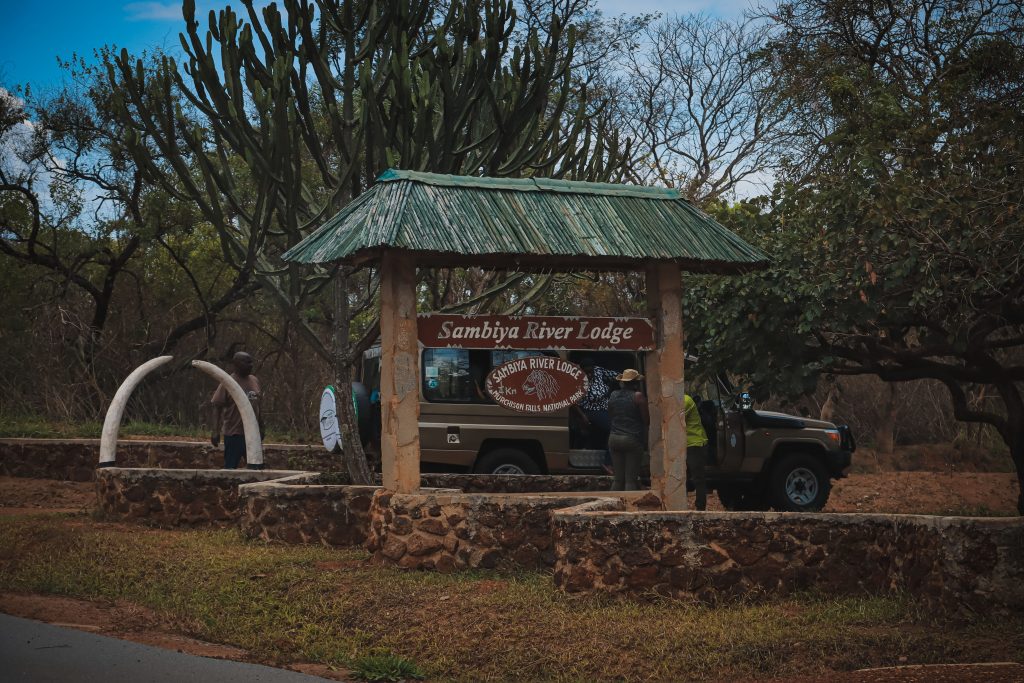 Ochieng noted that as UTB, they are looking forward to more partnerships with the private sector

“We want people to explore Uganda which is naturally endowed with all the big 5+2 animal species including; lions, leopards, buffaloes, elephants, rhinos plus monkeys and chimpanzees not forgetting the Country is home to 53.9% of the remaining mountain gorilla population residing in Bwindi, and also the primate capital at Kibale national park, as well as other features such as mountains, rivers, ramsar sites, among others,” Ochieng added. 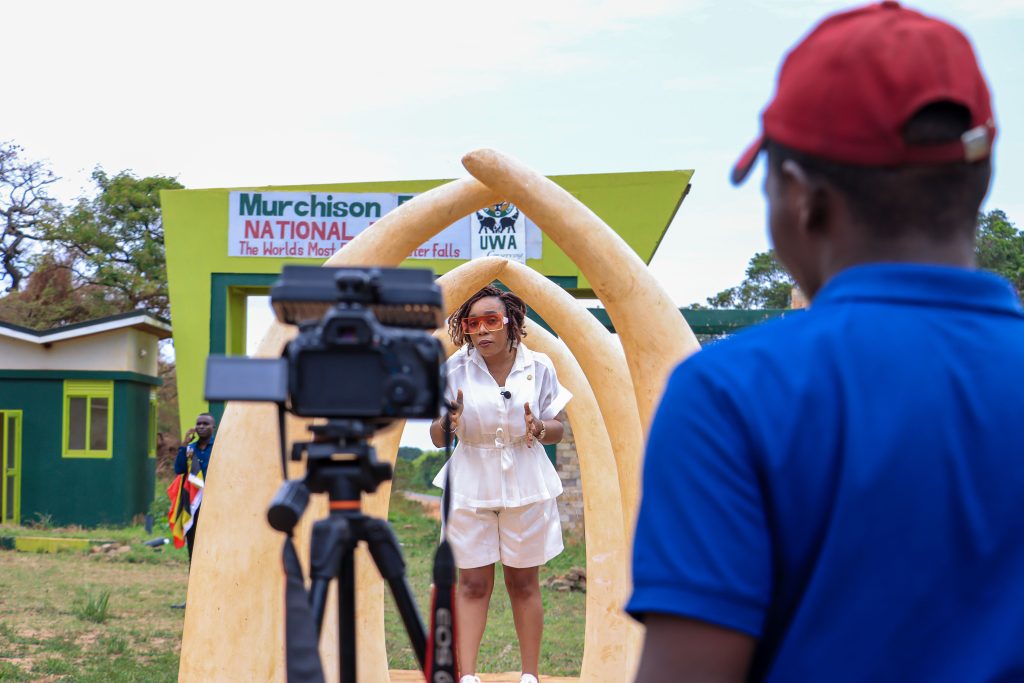 Meanwhile, Francis Kisirinya, the Chief Membership Officer at the Private Sector Foundation of Uganda (PSFU), revealed that they are working together with UTB and other stakeholders to grow the tourism sector.

“Together, we have grown tourist numbers from 700,000 visitors to 1.5 million tourist arrivals and still growing. PSFU has also worked with Government to build tourism infrastructure in a bid to create competitiveness and attractiveness. We also appreciate Rotarians for participating in rebuilding the tourism sector in partnership with Mastercard Foundation,” he added. 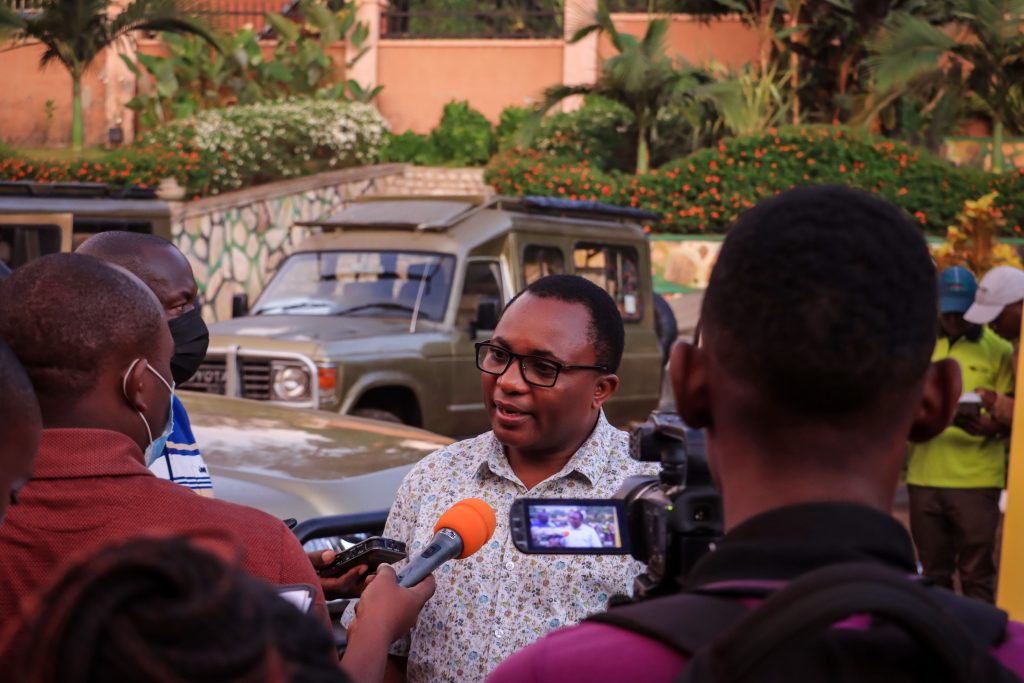 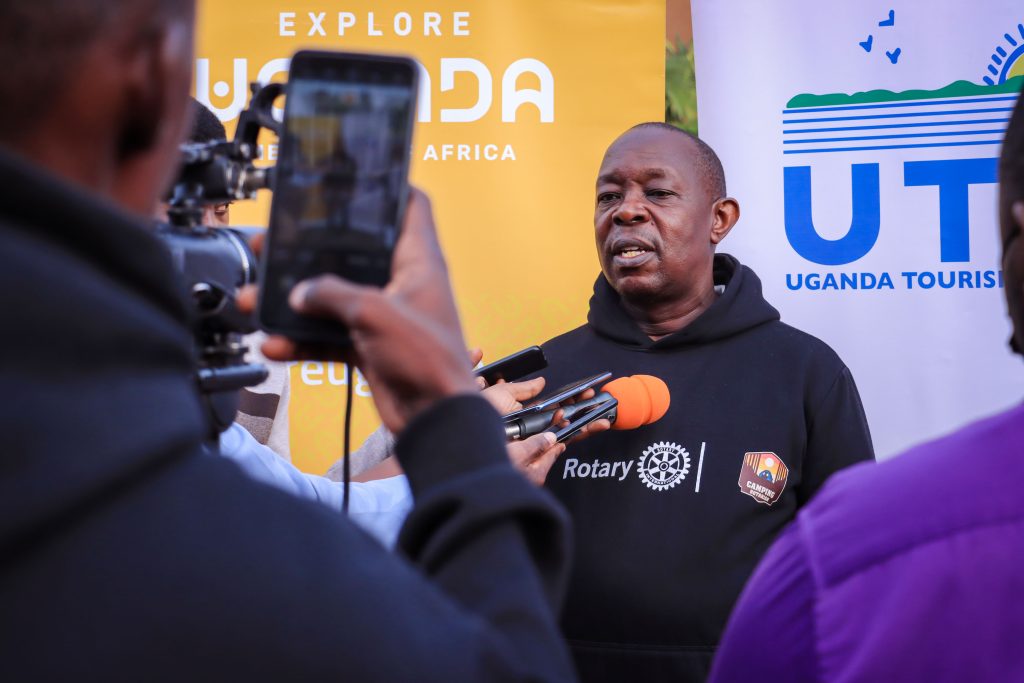 The team concluded the “Fellowship on the Nile’’ domestic tourism promotional tour on Sunday with a drive and hike to the top of the falls as they enjoyed picturesque top views of Murchison falls and later participated in Zip lining which served as the last activity at Sambiya River lodge before departure to Kampala with a lunch break at Kabalega diners. 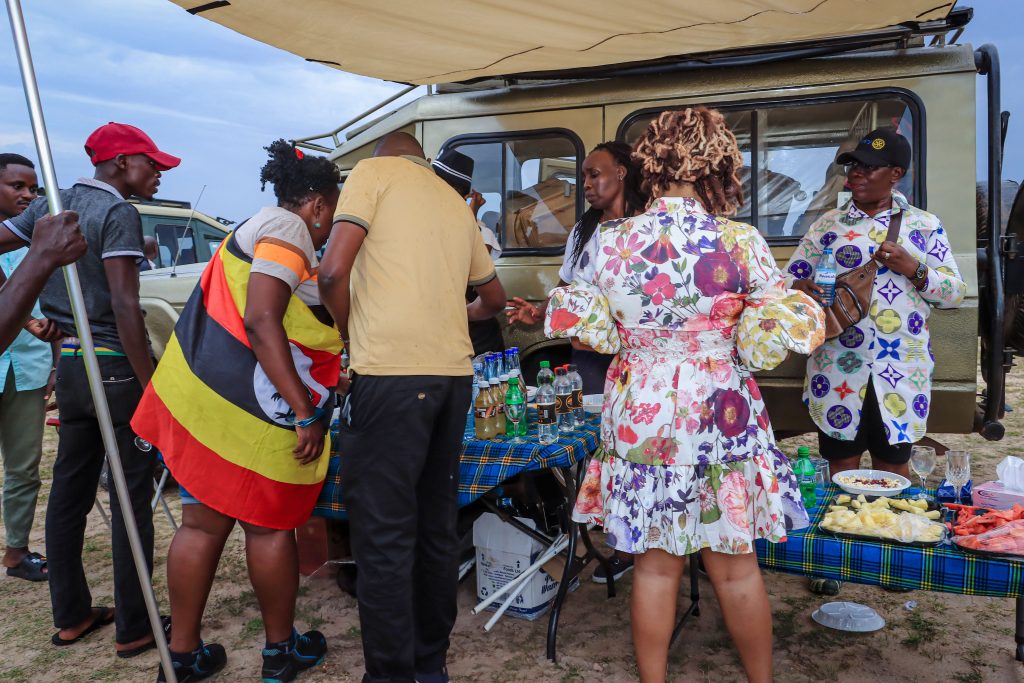 The “Fellowship on the Nile’’ domestic tourism promotional tour is an initiative of Adventure Vacation Safaris with support from Uganda Tourism Board, in partnership with the Private Sector Foundation of Uganda, Rotary in Uganda, Mastercard Foundation and Uganda Tourism Association. 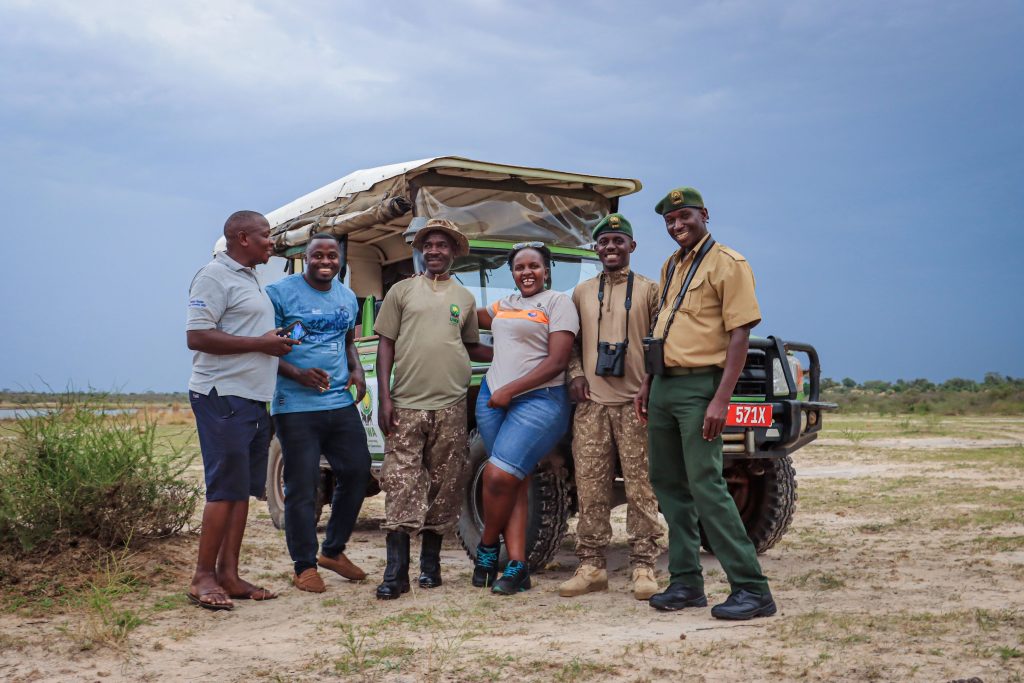 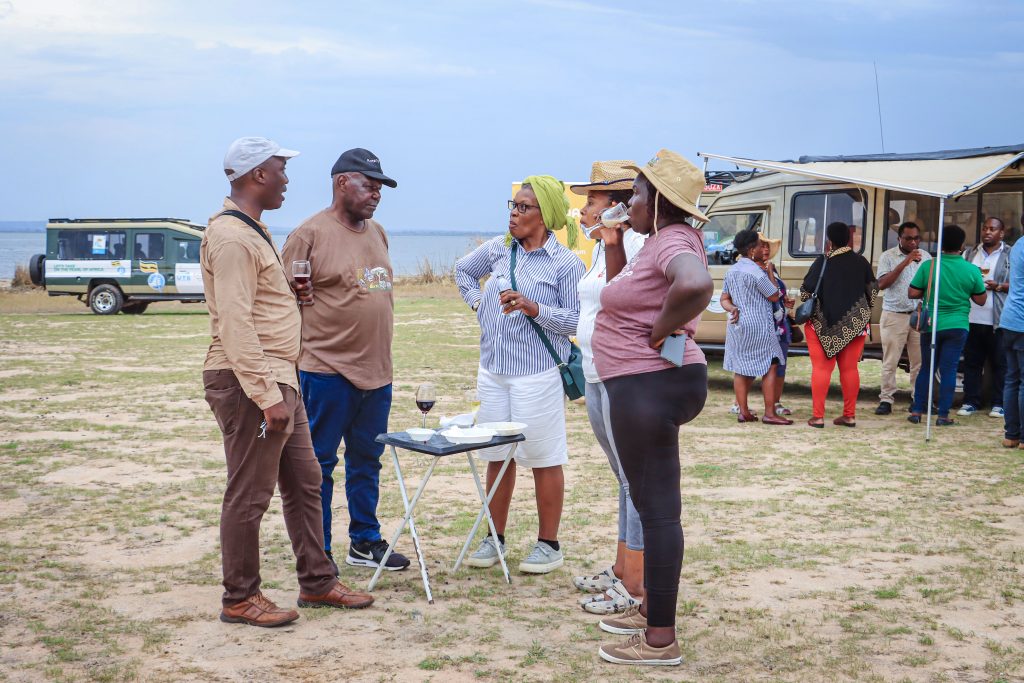