Napak, one of Uganda’s heritage sites, has been nominated under the 100 Geological sites as one of the richest and iconic universal sources of Early Miocene, well preserved with amazing fossil, Fauna and Flora.

Napak is among the only approved 15 sites in Africa.

At the event that happened in Bilbao, Spain, Uganda was reprinted by the Permanent Secretary, Ministry of Tourism and Antiquities, Doreen Katusiime.

The main arguments for the IUGS recognition were that Napak is a dissected Early Miocene palaeovolcano posed on the Karamoja Plains (Precambrian Mozambique Belt gneisses).

According to gorrillatrips.net, in Uganda, the regions of Mt Elgon and Karamoja have some of the greatest fossil sites from where humankind is traced. 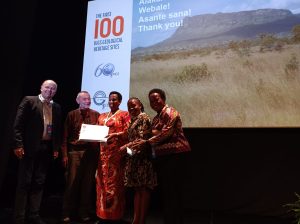 The major fossil sites in Uganda occur on the flanks of three ancient volcanoes (Moroto, Napak and Mt. Elgon).

These sites also document the emergence of the oldest known hominoids, including Morotopithecus bishops, as well as among the oldest Old World monkeys and other primate species (e.g. primitive catarrhines, lorisoids, and pliopithecoids).

Napak is located in the northeast region of Uganda Safari, with multiple localities spread on and around an ancient volcanic cone.

During the 1950s, the remains of large apes were discovered there, and since then several additional species of catarrhine primates have been found. Napak has been dated to approximately 19 Ma, with different localities perhaps representing different stages of development of the Napak volcano. 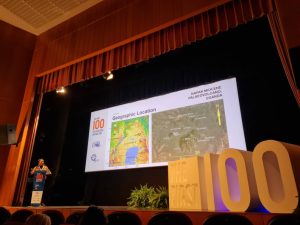 The site is well known for preserving remains of one of the largest fossil apes from this time, Proconsul Major, but also a variety of fossil catarrhine primates such as Dendropithecus, Limnopithecus, Lomorupithecus, and Even a cercopithecoid monkey.