Guitar maestro Myko Ouma and Abeeka Band last weekend treated party animals to a cocktail of magical tunes during Swangz Avenue’s Roast and Rhyme with “Nyam on the Nile edition”.

It was DJ Ali Breezy who welcomed revelers to Jinja City on Friday with karaoke vibes and mixes which saw them party all night long at the banks of River Nile.

Having set the mood, the organizers used board and group games to shake the sleep out of revelers’ eyes on Saturday and prepare them for a long day ahead.

But DJ Ali Breezy was not done with them yet. In the afternoon, he returned to the decks to restore the dancing mood once more.

By 5pm, Jinja’s local talents like Odex Bex set the stage before Abeeka Band (The Homies) nearly brought the eastern city to a standstill.

They had set the pace and the mood. No wonder when the legendary guitarist Myko Ouma’s Band took to the stage, it was in perfect harmony. 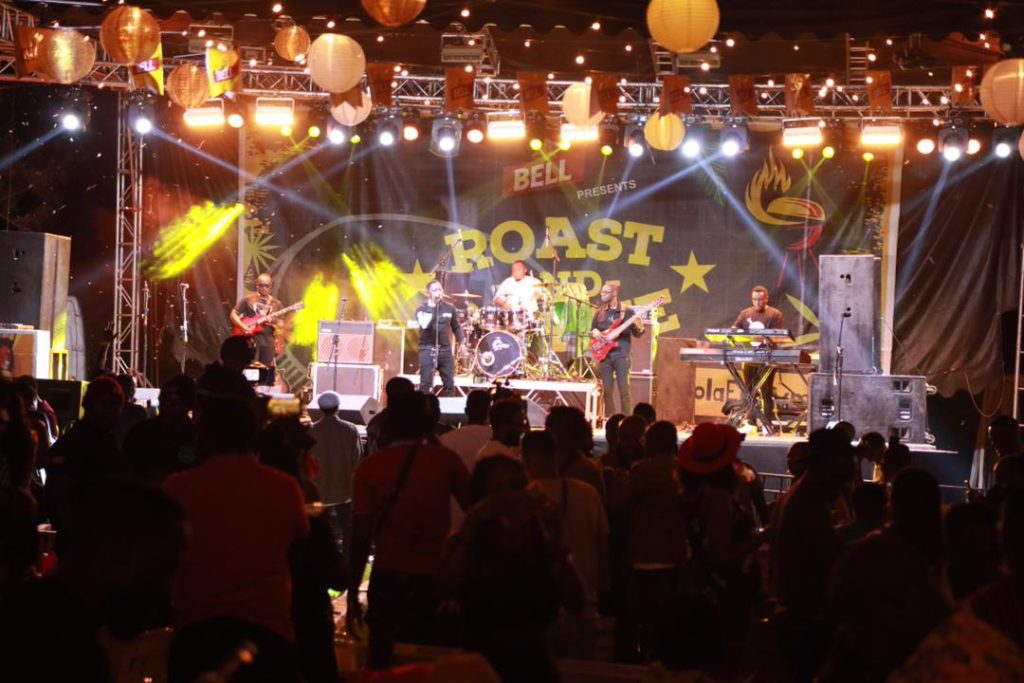 Ouma’s guitar emitted such soothing sounds that some revelers were overheard claiming that “all the ugly memories of Kampala’s dust and traffic jam” had dissipated and ebbed away afloat the roaring waves.

Ouma’s musical notes melodiously merged with the sound of waves and the evening breeze sweeping through flower trees in the Source of the Nile Gardens (Nile Park), creating a magical moment to remember.

At around 10pm, the energetic dancehall Mamacita Karole Kasita commenced the real party with a powerful performance that left the crowd in awe. 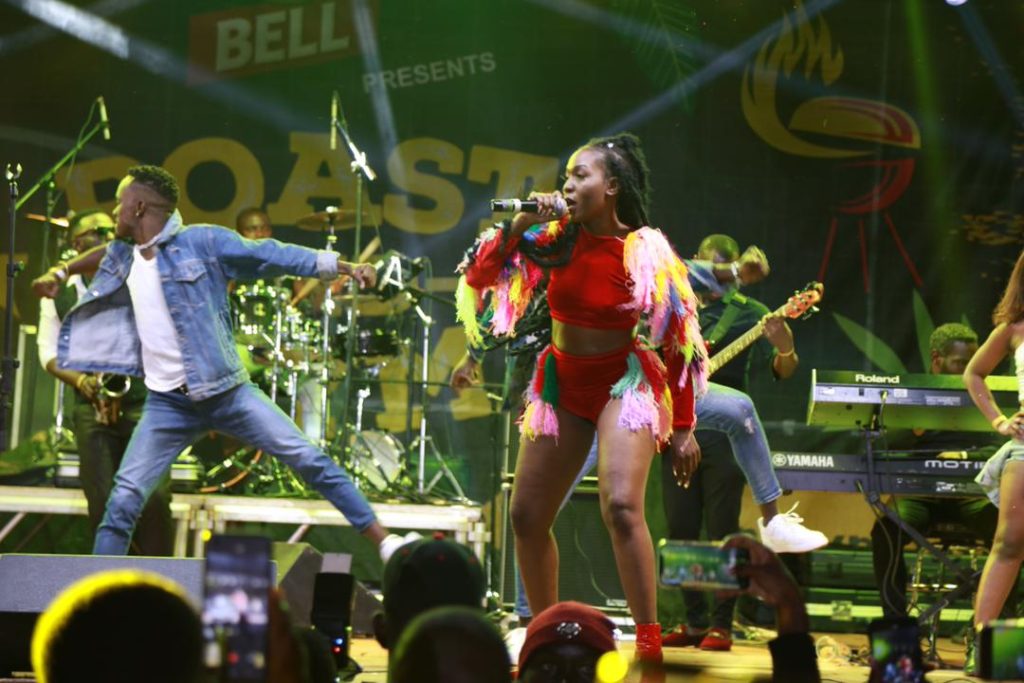 Luckily, the partiers had carried along their favorite party outfits and vibes to grace the event.

She was followed by the talented Zex Bilangilangi, performing all his old and new hits.

As if that was not enough, Bilangilangi created an overdose kind of situation when he coaxed and dared the Leone Island singing Doctor legendary musician, Jose Chameleone, to step on the stage. 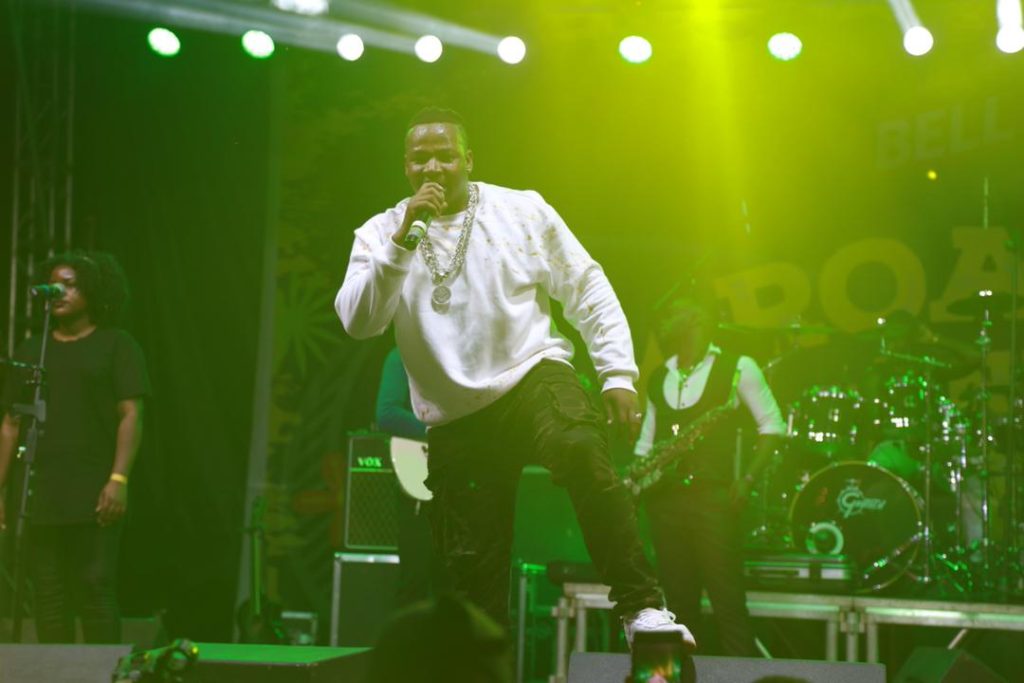 What followed can only be explained by those who experienced it firsthand.

According to organizers, the event was beyond great with an amazing set-up perched on the shores of the Nile–perfect for Roasting and Rhyming.

The Nile Bridge – which is only lit on special occasions like Independence Day – was lit in honor of the event. 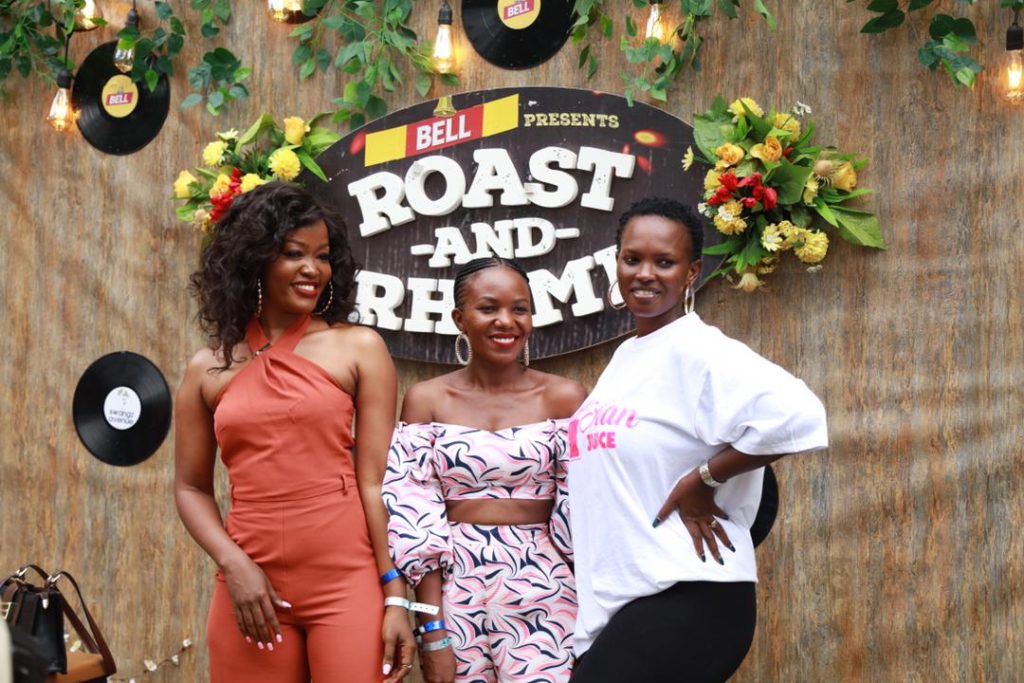 To wind up the 3-day weekend safari in Jinja, Sunday brought with it the White Brunch at Forever Resort Njeru hosted by Selector Jay – which saw revelers check-in as early as 11 am.

At the brunch, revelers were treated to free drinks and food. Myko Ouma was called upon once more to charm the revelers’ appetites and allow smooth digestion through live music performance.

Jose Sax, Steve Keys and Benon Mugumbya – whose performance of his collabo with Vamposs “I know” was a crowd favorite, also performed. 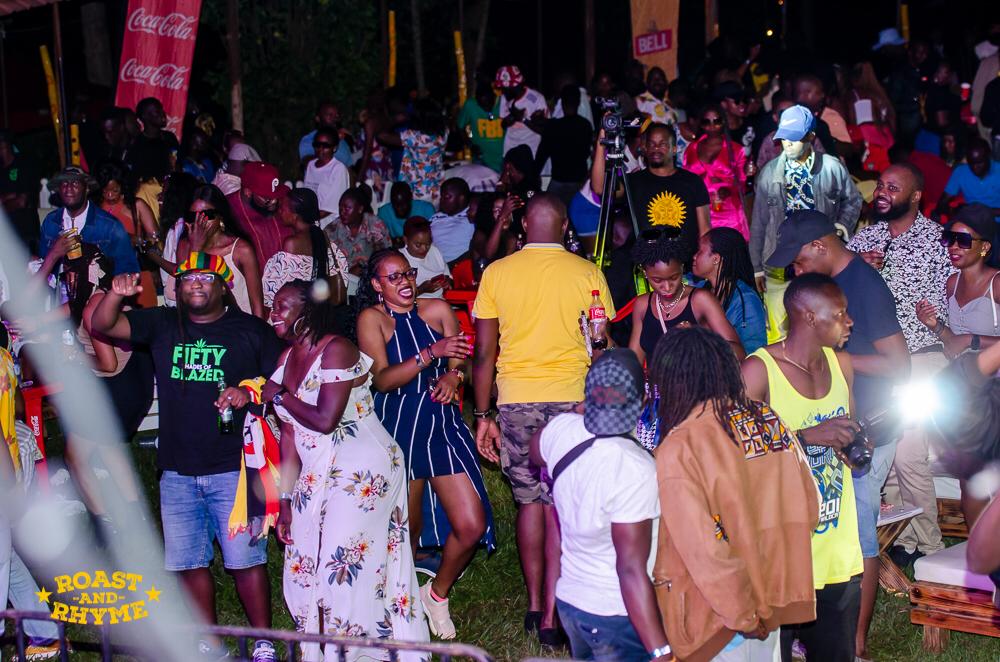 Selector Jay, later on, took over the party decks and played the guests’ favorite songs as they enjoyed a chill by the Nile – sipping their favorite drinks, roasting and having a good time with their friends and family.

The next Roast and Rhyme will be hosted in Kampala at Jahazi Pier at end of October 2022. 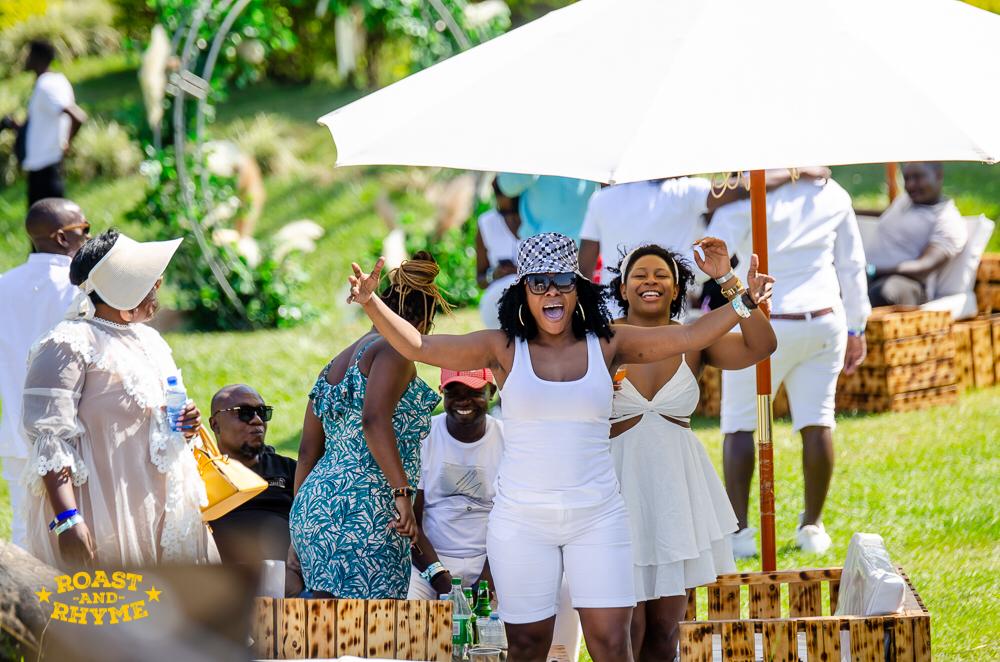