Courtesy photo of Makerere University before it got burnt.

Makerere University has suspended a student for alleged indiscipline.

The University Vice-Chancellor, Prof Barnabas Nawangwe, said that in said Calvin Mwesigwa was on Friday together with other students yet to be identified in breach of University Student Regulation (9)(a).

The regulation stipulates that: “Demonstrations wither within or outside the university shall be held only in accordance with the laws of Uganda provided the Vice-Chancellor has been informed atleast 24 hours in advance and police permission has been obtained.”

“As a student leader, you ought to know that kinds of behavior is not acceptable. Because of your continued involvement in the above offensive acts and in order to ensure safety and security of the students, university community and property, I hereby suspend you from Makerere university with immediate effect until further notice,” reads the suspension letter.

Mwesigwa, who belongs to the College of Health Sciences, is pursuing a Bachelor’s Degree in Medicine and Surgery.

will appear before the Students Disciplinary Committee for interaction regarding the matter on a date to be communicated.

He was given until 5pm on Monday to have vacated the university premises.

“You are further cautioned not to appear at Makerere university until the university makes a decision in this matter,” the letter adds. 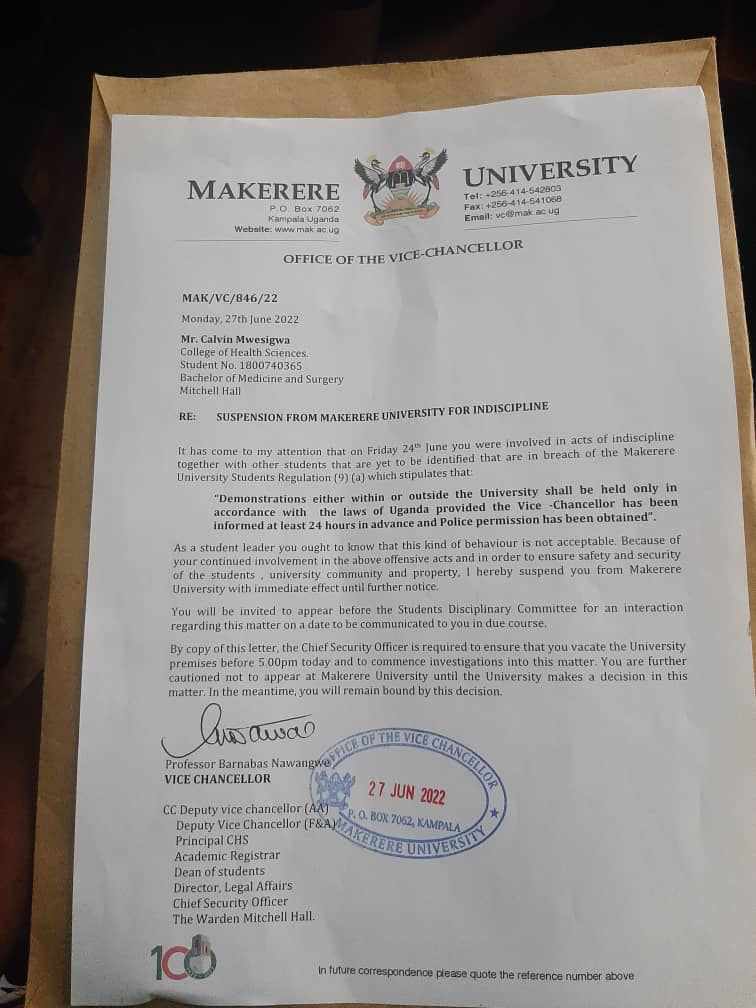