A video grab of the bus scene

Lubiri High School has finally admitted that the students captured in video dancing aboard Midland High School bus belong to their school.

“As Lubiri High School, however, we apologise to Midland High School where we hired the school bus and the public at large for the alleged misconduct,” management said in a June 12 statement.

“The students on board belong to our school. They had gone for an agricultural show in Jinja.”

In an earlier statement released on Saturday, the school first dismissed the claim but promised to investigate the authenticity of the video.

“As Lubiri High School, we take a stand on the actions taken in the video to be just a mere dance which is part of the school’s co-curriculum activities,” management concluded on Sunday.

It said investigations are underway in regards to the matter. 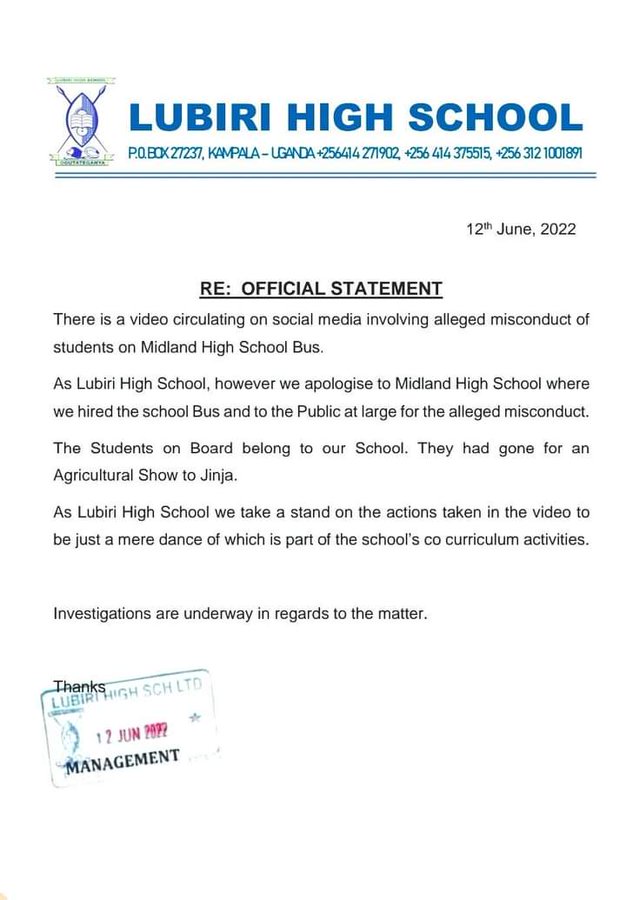