Two weeks after he was elected in an electoral exercise that would lead to his arrest, Kassiano Wadri Ezati has been sworn in as Arua municipality Member of Parliament.

The former legislator for Terego county took his oath on Wednesday at Parliament in Kampala at an event attended by the Deputy Speaker of Parliament, Jacob Oulanyah, Opposition MPs and the press.

The oath was administered by the Clerk to Parliament, Jane Kibirige. He was later handed a copy of the Parliamentary Rules of Procedures as well as the Constitution of Uganda.

Kassiano swore to be faithful, bear true allegiance to Uganda and to preserve, protect and defend the constitution of Uganda amid cheering by his colleagues who witnessed the ceremony.

He succeeds Ibrahim Abiriga who was brutally assassinated as he drove to his home near Kampala in June this year.

His swearing in comes two days after he was released from jail in Gulu district on court bail. Wadri, together with three other MPs including Robert Kyagulanyi (Bobi Wine), Gerald Karuhanga and Paul Mwiru are facing treason charges.

The State accuses the 3 along with some 30 other people said to have been in Wadri’s camp of throwing stones at the convoy of President Yoweri Museveni in Arua district on August 13, the last day of campaigning.

Deputy Speaker Jacob Oulanyah in his remarks during the swearing-in ceremony said that the release of Wadri and other suspects is a manifestation that systems of government including courts of law are still functional.

“Thus gives us some confidence in the systems that function in this country. That the courts still function and that they are still independent,” he said.

“If there was interference, you wouldn’t be here. With the charge against you, you would have had difficulty being granted bail,” Oulanyah told Kassiano Wadri.

While securing bail and subsequently swearing-in may be a sigh of relief to Kassiano after weeks of detention, his freedom is far from absolute. Court placed a stringent condition on his bail – restraining him from visiting his constituency (Arua municipality) for a period of 90 days.

The High Court said that this was to allow for a calm environment so as for the situation to normalize and for Police to conduct investigations into the August 13 violence without disruption.

But commenting on this, the legislator says it will affect him as his role as a representative is constrained.

“Being banished from meeting my people in Arua municipality for the next 90 days certainly has not only disadvantaged me but the people of Arua,” Kassiano Wadri said after taking the oath.

“It means they are not being represented. As a people’s representative in this House, I’m not supposed to talk my own issues. I’m supposed to get the views of the people whom I represented and I can only do this if I interface with them,” he added.

He revealed that he plans to engage his lawyers to appeal the condition of court so as to shorten it.

Some of the MPs who witnessed the ceremony were Gerald Karuhanga, Ibrahim Semujju Nganda, Angeline Osege, Francis Gonahasa, Reagan Okumu, Alice Also among others. 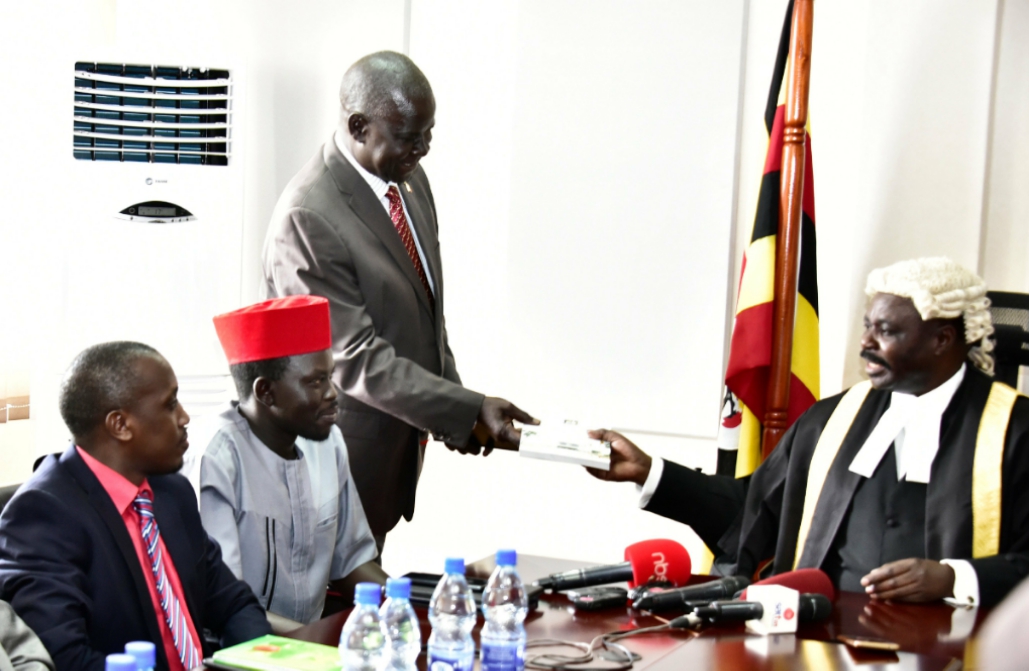