The Minister for Finance, Matia Kasaija has Tuesday unveiled the new Board of Directors for NSSF, reappointing the Chairman, Patrick Byabakama Kaberenge.

Kasaija announced that Patrick Kaberenge would maintain his position as the Chairman Board at the National Social Security Fund (NSSF).

“Mr Patrick Byabakama Kaberenge is reappointed as Chairman because he has demonstrated commendable leadership abilities, by providing a conducive governance framework, which has enabled the Fund to grow in all aspects, during the last board tenure,” the Minister said.

Kaberenge, a retired senior auditor has been Chairman at the Fund since 2015 having replaced Ivan Kyayonka who died after suffering a stroke.

The appointments are in accordance with Section 40 and 41 of the (URBRA) Act. Members of the Board serve a three-year term and are eligible for reappointment.

On the Board, employers will be represented by Florence Namatta Mawejje (General Manager Human Resource of Centenary Bank) and Bamwesigye Fred (Deputy Managing Director of Civil Aviation Authority) both of them from the Federation of Uganda Employers.

Peninnah Tukamwesiga, a lawyer together with Isaac Magoola, both members of Central Organization of Free Trade Unions (COFTU) will represent workers.

Richard Byarugaba the NSSF Managing Director will sit on the Board as well.

Kasaija also announced the appointment of Pius Bigirimana, the Permanent Secretary at Ministry of Gender, Labour and Social Development to represent government.

According to Kasaija, the appointment of these Directors followed various consultations with key stakeholders and the issuance of licenses to act as Trustees by the Uganda Retirement Benefits Regulatory Authority (URBRA).

“Members of the Fund and the country at large should, therefore, be assured that these Directors were subjected to a rigorous vetting process and have been cleared to serve on the NSSF Board,” he said.

He however revealed that the process to select a representative from the National Organization of Trade Unions (NOTU) is still ongoing. This, he said, was because the individual previously nominated to represent NOTU did not make it through the vetting process.

The Minister appealed to the new Board of Directors to ensure that there is secure, profitable and effective financial management of NSSF for the benefit of the workers in particular and the country at large.

In his remarks, Richard Byarugaba, the MD of NSSF said that with the new Board, “we are confident that we will indeed deliver on our long-term strategic objectives that include growth, operational excellence, and customer focus”.

“Their stewardship as the governing body is important as we continue to steer the Fund forward to achieve it’s 10- year Strategic Plan ‘Vision 2025’,” Byarugaba said.

The MD noted the unqualified audit report of the Fund by the Auditor General for the last financial year 2017/2018 is evidence that the Fund is of sound financial performance.

The new Board, comes at a time when the Fund is on an upward trajectory, he said.

NSSF whose asset portfolio is currently valued at Shs 10 trillion from Shs 1.7 trillion in 2010, recently announced a record interest rate to members of 15 per cent. 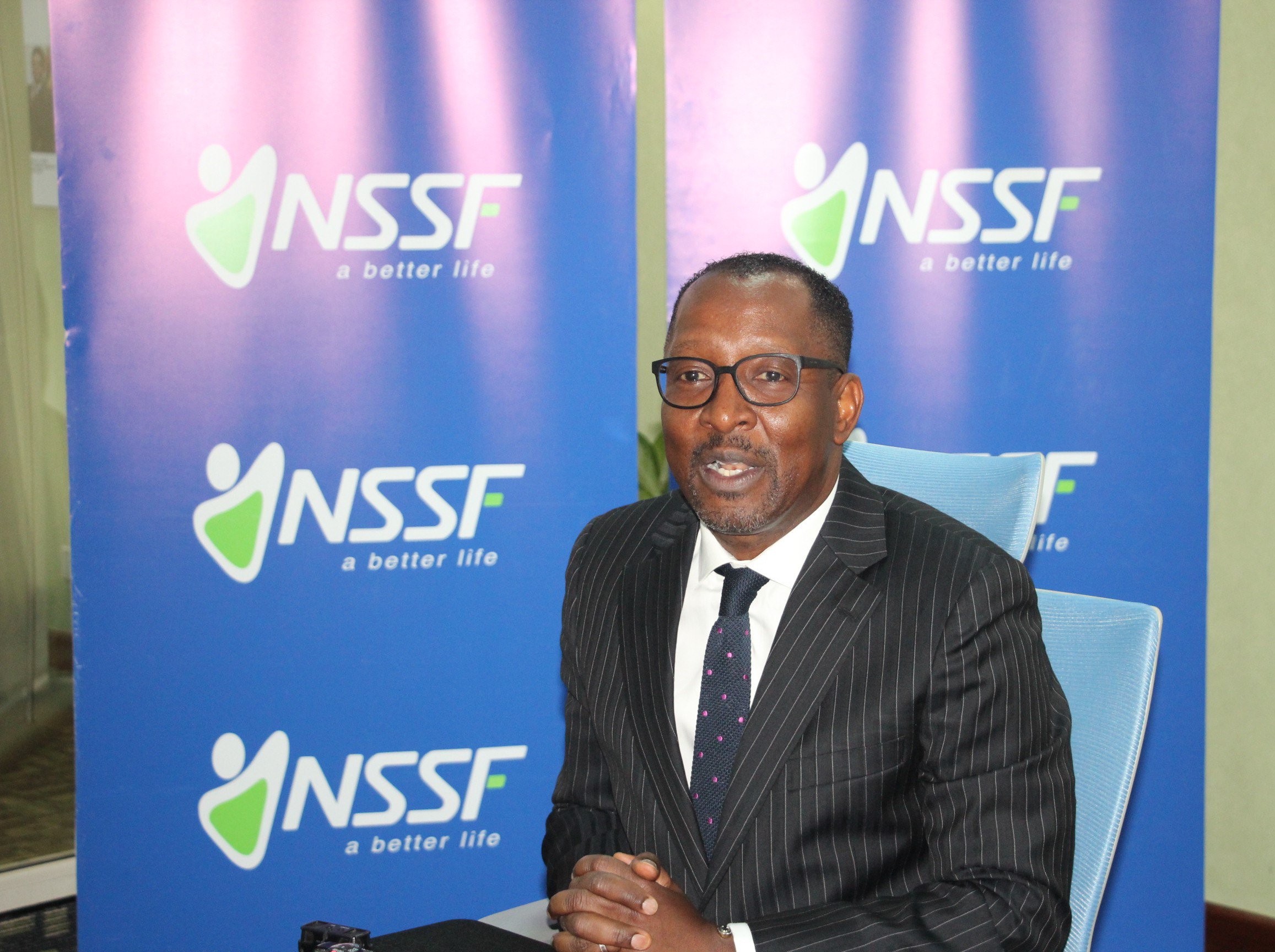