What Radio’s Mom Said About Bryan White Completing Her Residence

What Radio’s Mom Said About Bryan White Completing Her Residence

‘Podium’ boss, socialite and philanthropist, Bryan White is basking in yet another shower of acclamation from Ugandans after he made good of his promise to complete the residence of fallen singer Mowzey Radio’s mother.

At the time of the singer’s death earlier this year, Radio had been constructing a house for his mom, Jane Kasubo in Kagga, Nakawuka in Wakiso district.

On Tuesday, White posted on his Facebook numerous photos showing the exterior of the complete and elegantly looking storeyed house.

“No legacy is so rich as honesty – my friend Mowzey Radio was one of the most exceptional talented artiste Uganda has ever had and Yes I have fulfilled what I promised,” Bryan White wrote on his page.

“Mama Radio’s house in Kagga – Nakawuka is finally finished with all other necessities like electricity and borehole under construction,” he added.

“Our efforts of fulfilling late Brother Moze Radio’s dream of having his mum in a complete house has been fully appreciated by the late singer’s mum.

Ugandans have since poured out praises to Bryan White including Radio’s singing partner, Weasel.

Many people including Radio’s singing partner, Weasel have reacted to the development praising Bryan White for the gesture of kindness he displayed to Radio’s mother.

“Kindness is a language which the deaf can hear and the blind can see. Goodlyfe Magic would like to thank our business partner, our brother Mr Bryan White and Bryan White Fundation for completing our mother’s house in Kagga Nakawuka,” read a post on Radio and Weasel Facebook page.

“Thank you for the unconditional love and support,” added the message.

While some critics have recently bashed Weasel for working as Bryan White’s page boy, this fulfilled promise seemed to have led some to take back their ridicule.

Meanwhile, Radio’s mother, Kasubo could not hold back the excitement. In a video posted by Bryan White on Wednesday, the single mother expressed gratitude towards the Bryan White Foundation boss for taking care of her ever since she lost the son.

“Thank you Bryan White for not abandoning me, because since the time Radio was admitted in hospital, you rushed and paid the medical bills – Shs 25 million in cash,” the mother to the dead singer said.

“You realized my house was not complete but you told me ‘Don’t despair, despite your son’s death, I am still here’. I can’t tire to thank you. My heart is with you, in good and bad, in health and in sickness we shall stand together,” she added.

She credits White for taking care of all her needs including; constructing a shelter for Radio’s grave, a borehole to make water more accessible, buying two plastic tanks and feeding her.

She said that for the city money bag, it was never about mere pledges but all her requests were honoured timely.

The exterior of the house looks magnificient. The stunning pictures of the house given its new face lift in contrast to the initial photo while the structure was still undergoing construction shows a huge difference. 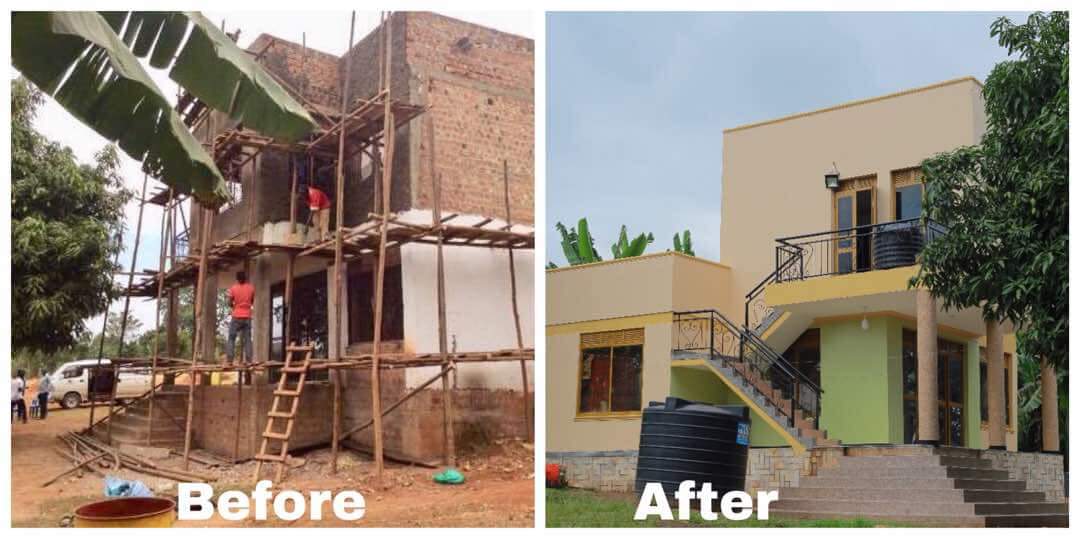 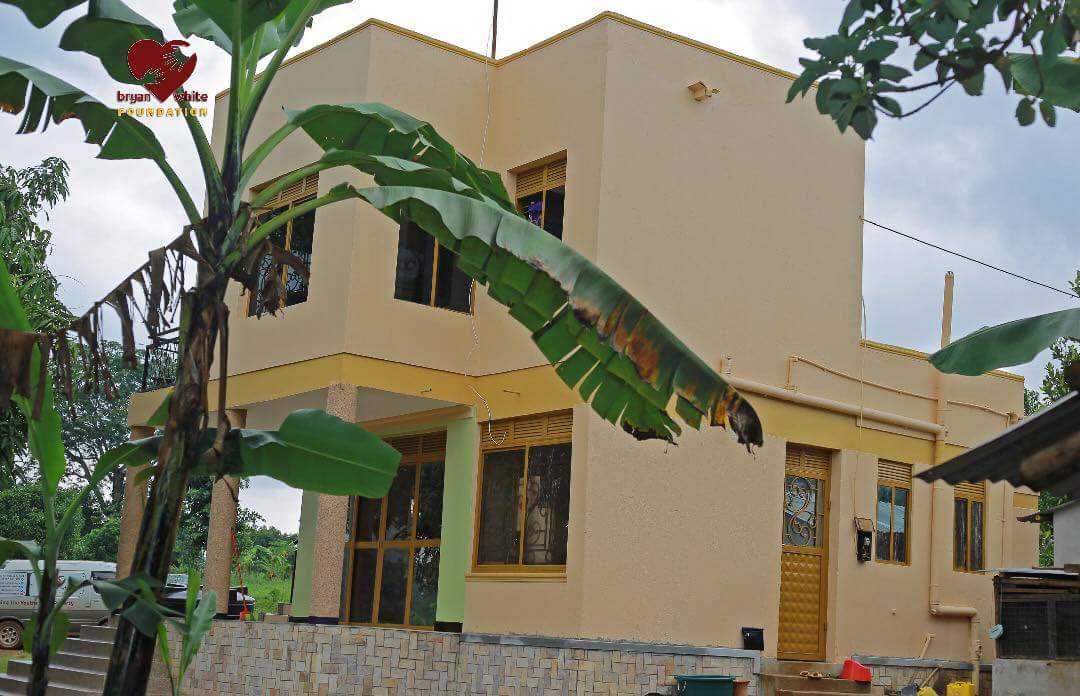