The UPDF is working to strengthen military ties with the People’s Republic of China as part of its strategy to maintain the path to professionalization.

Chief of Defence Forces (CDF) General David Muhoozi, meeting with H.E Ambassador Zheug Zhuiqiang during a courtesy call at UPDF Headquarters today Monday, said China was one of the most dependable strategic partners of Africa dating back from the struggle for independence.

China is among the fastest growing economies world over and it has over the last few years increased its influence within Africa. China’s approach towards Africa and Uganda has largely been to provide credit for huge infrastructure projects.

It is not elaborate in which specific areas China and the Ugandan army are looking to partner.

Gen Muhoozi thanked the government of China for the tremendous support extended to the UPDF in capability development and training.

H.E. Ambassador Zheug Zhuiqiang recalling the recent meeting between H.E President Yoweri Museveni and H.E President XI Jinping at the BRICS summit in South Africa, reiterated his country’s commitment to strengthen the relationship between the two countries’ militaries. He underscored that such is a good example of South-South cooperation. 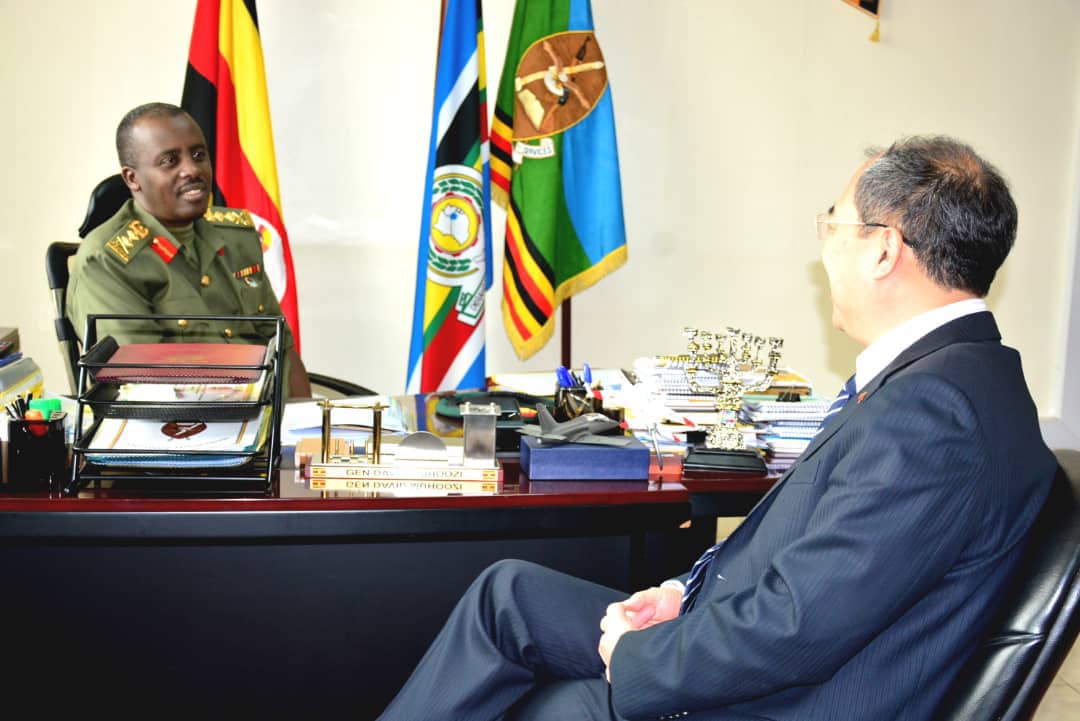