Speaking after the tour, the minister said he was impressed by the work being done at the facility and pledged more support to NARO but also NaLIRRI specifically.

“I really feel I should have come earlier to visit this facility but I needed to first study the sector and provide the appropriate policy direction,” the minister noted.

He was happy that Uganda’s anti-tick vaccine is ready for launching to the farmers through farmer fields, adding that it is great news for livestock farmers previously burdened by tick-borne diseases.

He challenged NaLIRRI to start a fully-fledged animal feed manufacturing facility for poultry, piggery and fish feeds as well as cattle feeds that would in turn result in more affordable animal feeds for livestock farmers

Tumwebaze applauded NaLIRRI for the technology that removes aflatoxins from grains, especially maize and making biogas and fertilisers but challenged them to make it available for use by the farmers. 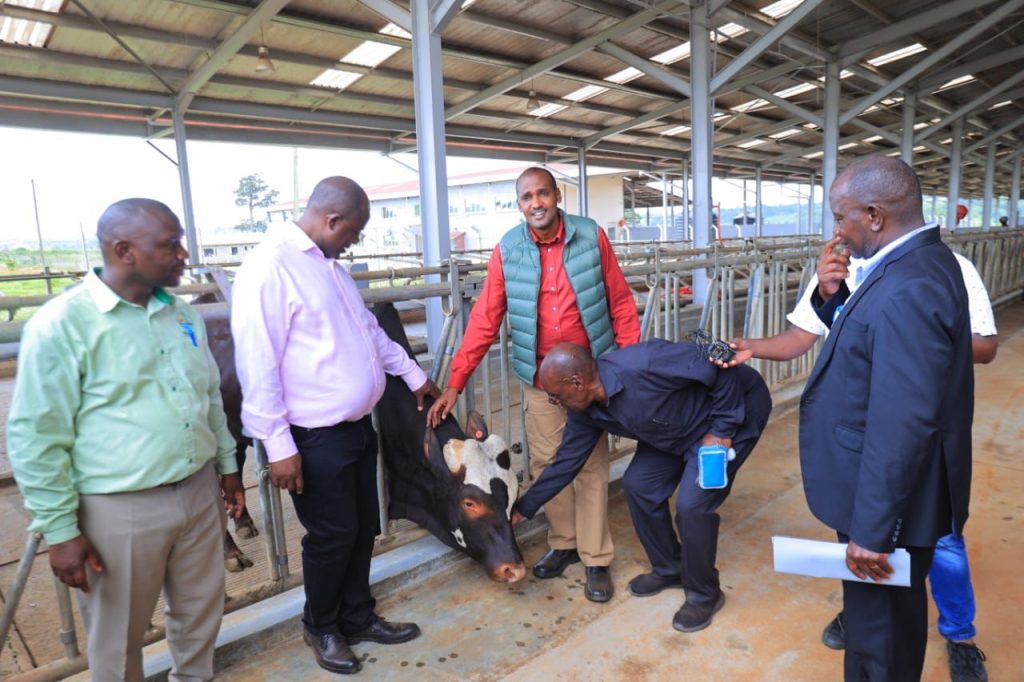 “Let us have a fully-fledged knowledge transfer centre here where farmers can come, stay overnight and be taught. You can go and benchmark Kyankwanzi to see how you can develop the facility.”

The NARO Director General, Dr. Ambrose Agona said NaLIRRI has through the years made tremendous achievements but called for more support from the ministry.

He said they are looking at NARO being self-sustaining and will no longer be waiting for government funds to run projects.

The state minister for Agriculture, Fred Bwino Kyakulaga, said having been shifted from Tororo, NaLIRRI has in a short time made tremendous work at Nakyesesa.