Uganda AMISOM Contingent has officially handed over the Somali National Stadium to the government of Somalia as part of AMISOM’s transitional plan.

Mogadishu stadium is located in Warta, Nabada, Wardhiigley district and boarders with Yaagshiid district in the East, Howl-Wadaga in the West, Bodhere in the South.

During the hand over function, the President of Somalia, Mohamed Abdullahi Mohamed Farmajo thanked UPDF for their sacrifice and patriotism that led to the defeat of Al-Shabaab in Mogadishu city.

Deputy Special Representative of the Chairperson of African Union Commission (D/SRCC) Hon. Simon Mulongo, said that the handover of Mogadishu stadium is a major step in the process of AMISOM’s transitional plan.

According to AMISOM’s Uganda Contingent Commander, Brig Gen Paul Lokech, the handover of the stadium to the Somalia government is to allow the it (government) to rehabilitate the facility and have it put to its proper use.

Brig Gen Lokech added that the stadium was very useful in pacifying Mogadishu city and promised to continue carrying out joint operations with Somali National Army (SNA) so that the city remains peaceful.

The stadium was liberated from Al-Shabaab on September 6 2011 by Uganda’s Battle Group VII,VIII and Somalia National Army (SNA) during offensive operations that were aimed at liberating Mogadishu from the Al-Shabaab.

UPDF effectively deployed at the stadium making it AMISOM’s forward base in an effort to pacify the City and it’s out skirts. The stadium has also been a base for both Uganda and Nigeria Police serving under AMISOM. 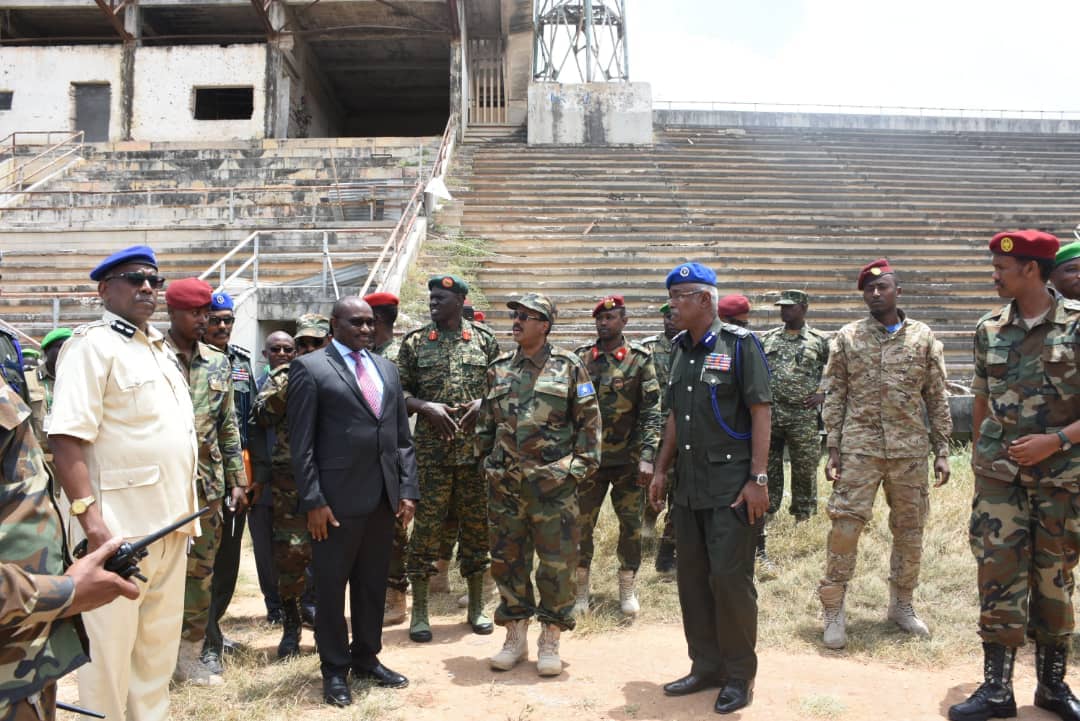 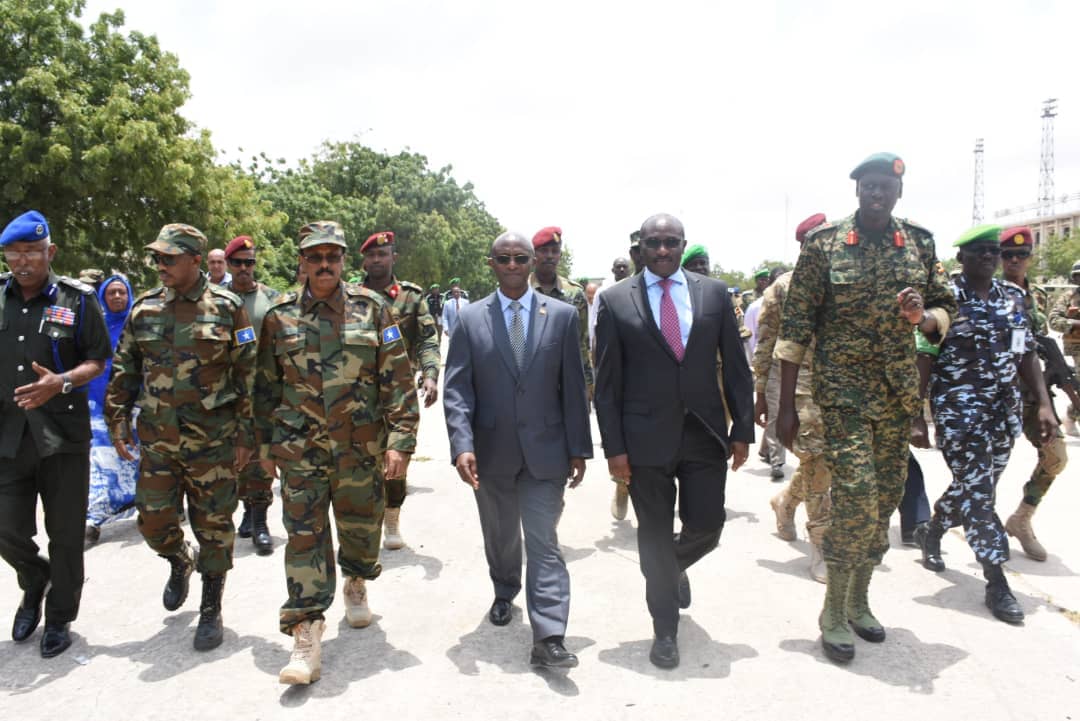