Fiona hands over the weapons in the presence of

The Deputy Head of the African Union Transition Mission in Somalia (ATMIS), Ms Fiona Lortan has handed over weapons captured by Ugandan troops from Al Shabaab and other illegal armed groups in Somalia to the Federal Government of Somalia.

The weapons were handed over at the Ugandan Sector One Headquarters at Base camp Halane, Mogadishu Somalia.

Speaking at the handover of the weapons, the Deputy Special Representative of the Chairman of the African Union Commission (DSRCC) Ms Fiona Lortan thanked the Ugandan troops operating in Sector 1 i.e Lower Shabelle and Benadir region for the sacrifice made to achieve the ATMIS mandate.

“I take this opportunity, on behalf of ATMIS and on my own behalf to congratulate Sector one personnel for sacrificing themselves to achieve our mandate, in peacebuilding and stability of Somalia,” she said.

While receiving the weapons on behalf of the Federal Government of Somalia, the Commander Land Forces of the Somalia National Army (SNA) Gen Mohammad Tahlil Bihi, appreciated the cooperation between SNA and the Ugandan troops in particular and ATMIS in general. 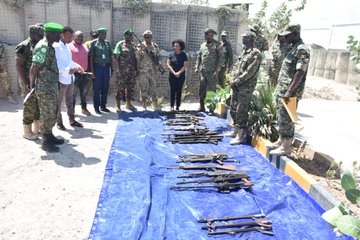 He prayed for more cooperation to defeat all the insurgents.

“I pledge, on behalf of the Federal Government of Somalia in general, and SNA in particular to work together to liberate all regions of Somalia from the insurgency,” he emphasized 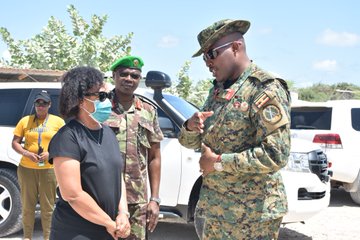 “Your efforts are not in vain, the weapons are now in safe hands,” he said.  He pledged more support and encouraged Sector One to carry out more Joint Operations with the Somali security forces (SSF) and Somali National Army (SNA).

While handing over the weapons, the Sector One Commander Brig Gen Keith Katungi said that, the exercise was an achievement out of the Troops continued efforts to degrade and deny the Al Shabaab, freedom of movement and freedom of action. He pledged for more Joint operations with Somali security forces as per the ATMIS mandate.

Brig Gen Katungi added that, due to sustained offensive operations, Al Shabaab had resorted to the non-conventional tactics of use of improvised explosive devices (IEDs) as a predominant weapon of choice. 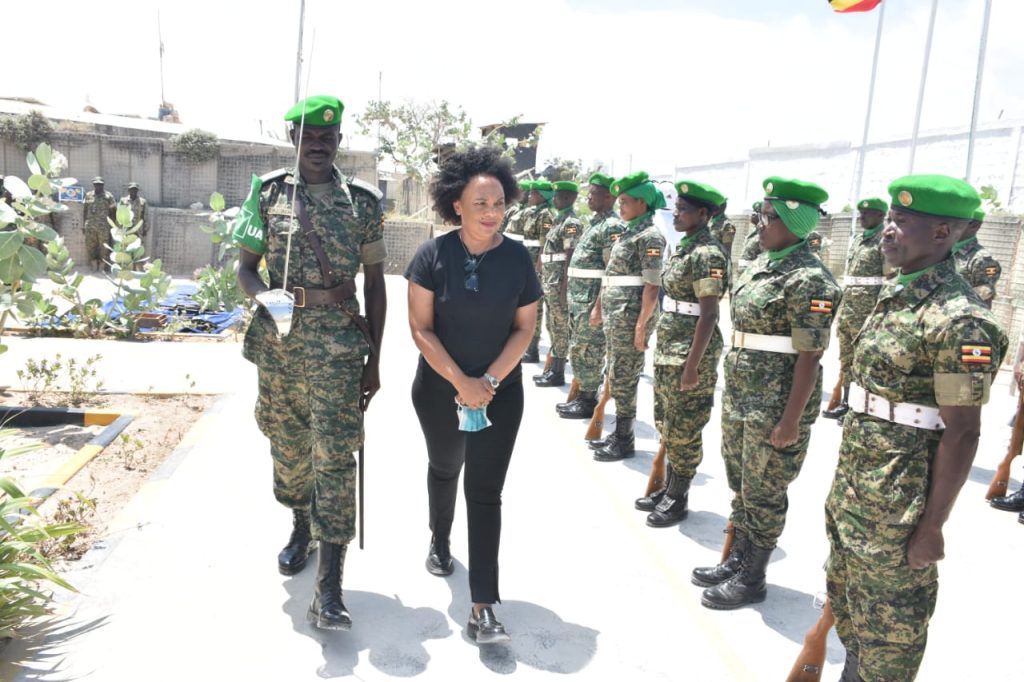 Handing over of captured weapons is in line with ATMIS SOPs on the management of recovered Small Arms and Light Weapons (SALW).

It is also a requirement from actors under ATMIS as per the United Nations Security Council Resolution (UNSCR) 2444(2018) to document and register all military equipment captured in the course of carrying out their mandate. 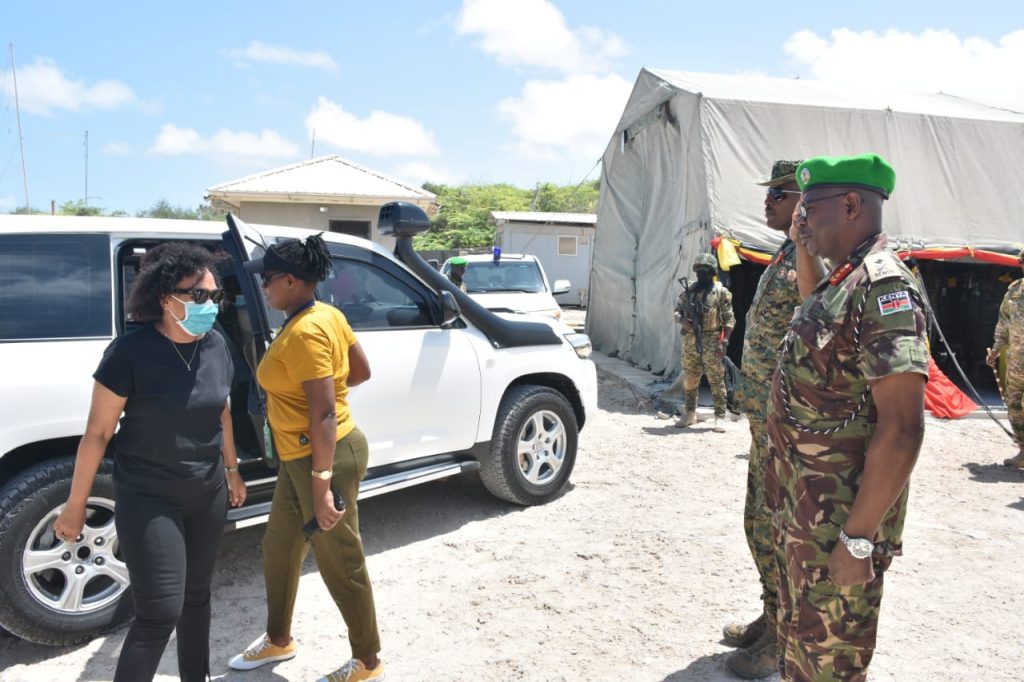