The Minister of Defence and Veteran Affairs Hon Vincent Bamulangaki Ssempiijja and the Hon Minister of Defence of the United Republic of Tanzania Hon Dr Stergomena L. Tax have signed a Memorandum of Understanding on Cooperation and Security for the crude oil pipeline.

The function was held at Protea Skyz Hotel, Kampala.

in his remarks, Ssempijja noted that the need to conclude the framework for Defence and security cooperation between the two sister countries was one of the core issues that President Suluhu Hassan and the President Museveni have had as top on agenda at the fore front of cementing the relationship between the two countries.

“ I am therefore happy to note that today we have moved on some of the issues including reviewing of the Memorandum Of Understanding (MOU)on Defence and Security cooperation as well as operationalizing the intergovernmental security committee for the East African Crude Oil Pipeline project” he said.

He added that the undertakings will certainly facilitate our respective institutions to share information and intelligence as well as working jointly to confront threats such as terrorism, arms and drug trafficking, trafficking of game trophies, cyber security, illegal migration as well as sabotage of critical infrastructure including the crude oil pipeline and also addressing other emerging threats such as pandemics.

The Minister commended the working teams for the good work done so far for reviewing and making necessary adjustments to the MOU and the EACOP agreement. “I have no doubt that a lot of ground has been covered in this direction and with the finalization of the legal process, the MOU will be concluded.” He said.

On her behalf, Dr Stergomena L.Tax of said this meeting provides Uganda and Tanzania another opportunity to reflect on issues of mutual interest and forge a common understanding and an approach specifically on the peace and security.

“Terrorism remains a major threat requiring joint and proportionate efforts and measures,” she added.
She appreciated the historic Defence and security cooperation between Uganda and Tanzania that has grown over the years starting from the era of independence movements when the founders of both nations were devoted to free their people. He observed that this is the same spirit being geared to another level among other things. “We have remained brothers and sisters,” she said.

She pledged that The United Republic of Tanzania will always honor and implement deliberations from this meeting and expressed her gratitude towards the technical working team for the excellent work done for the preparation of the MOU and the EACOP.

The UPDF Chief of Defence Forces Gen Wilson Mbasu Mbadi observed that there is need to rely on one another’s neighbour’s to find solutions to fight security threats.

“Countries should strengthen regional blocks to strengthen borders and create frameworks on Defence and Security,” he said.

The Chief of Defence Forces of Tanzania Peoples’ Defence Forces Gen Venance Salvatory Mabeyo expressed gratitude for the warm hospitality accorded to them during their stay in Uganda.

He said bilateral meetings between Uganda and Tanzania are still significant owing to the founding fathers of the two nations.

He added that cooperation between the two countries is inevitable because there is increase of terrorism across borders. 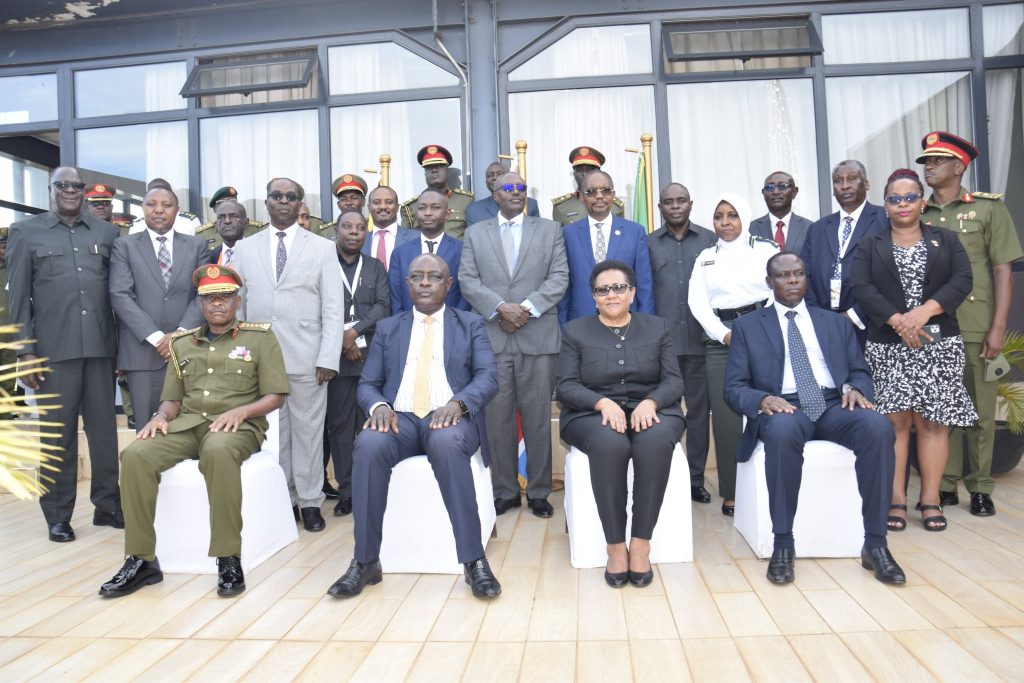 “We need to be vigilant on ourselves,” he said. While commending the technical committee that has been working on the Memorandum of Understanding for the crude oil pipeline, he said that the East African Crude Oil Pipeline is a strategic project of mutual benefit to both Uganda and Tanzania and its protection lies within the Defence of the security organs of the two countries.