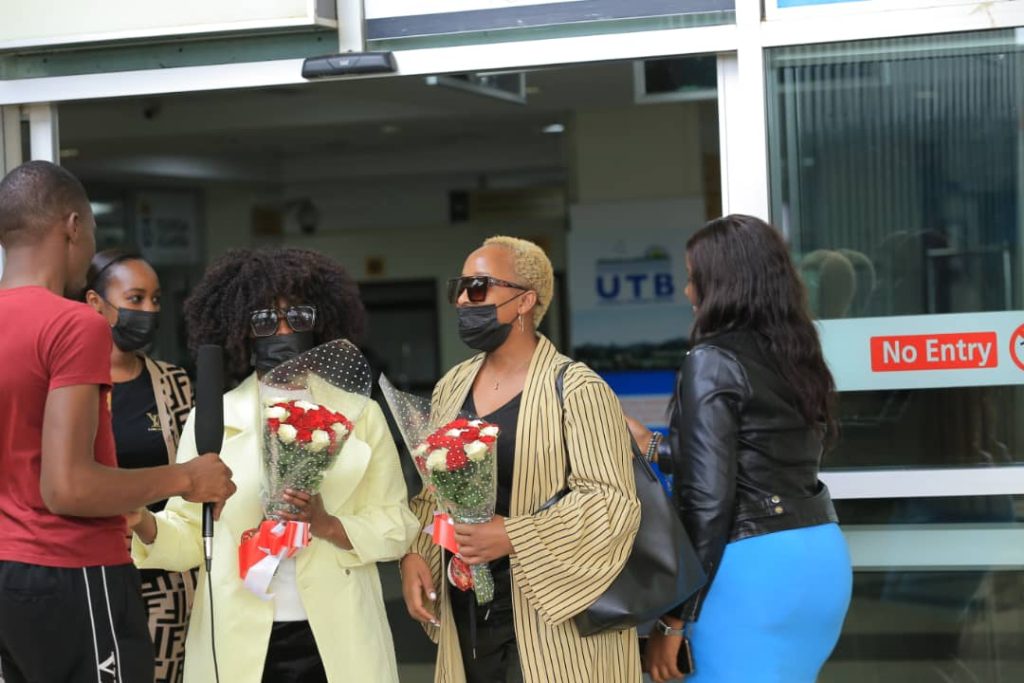 The show host Alex Muhangi and his team picked up the songbirds at Entebbe airport. 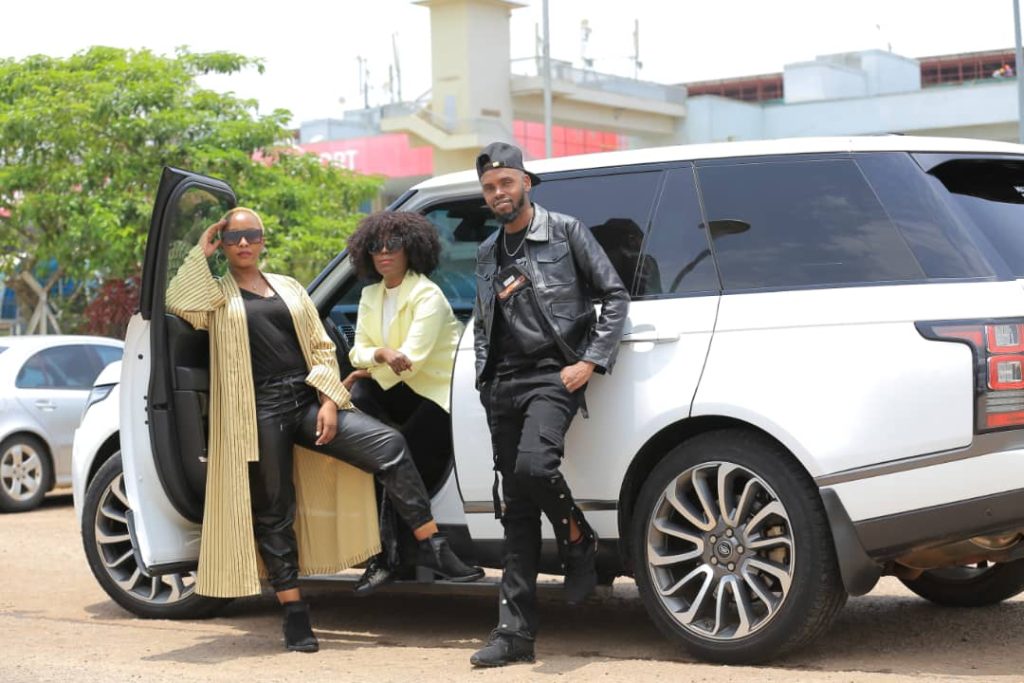 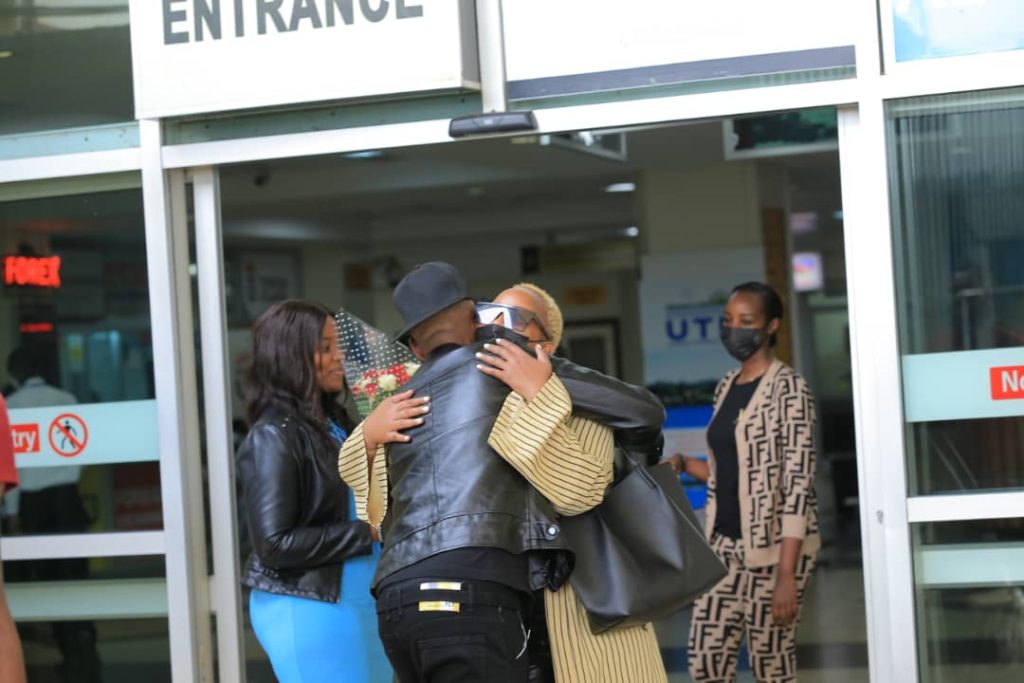 They will appear on the show featuring Geo Steady with whom the duo did a hit song “Owooma”. 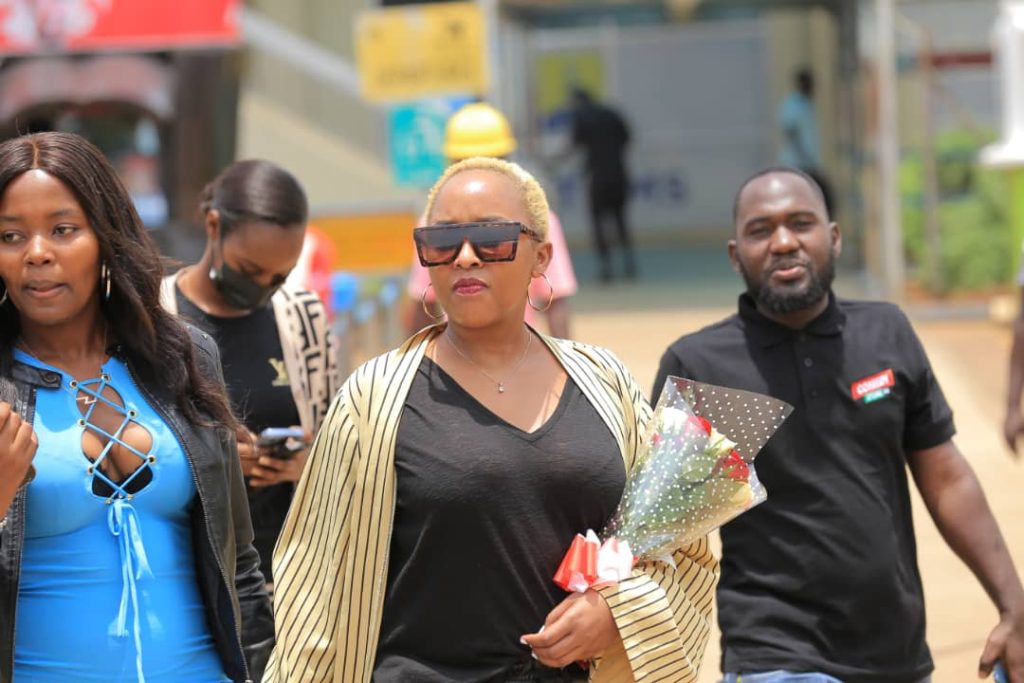 This is the second time Charly na Nina are performing on Comedy Store. 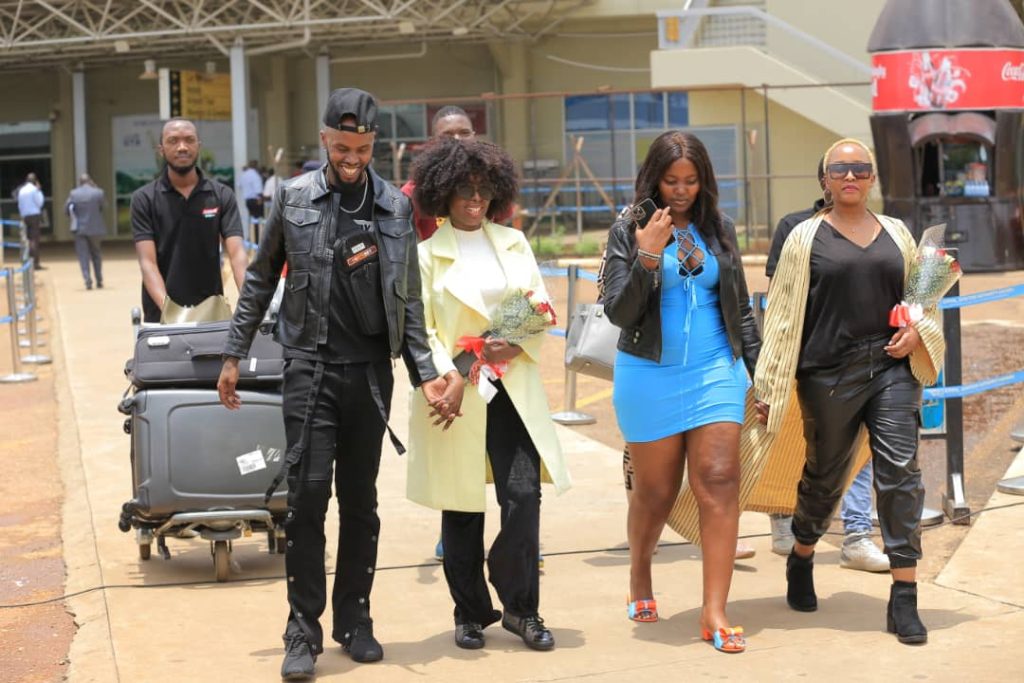 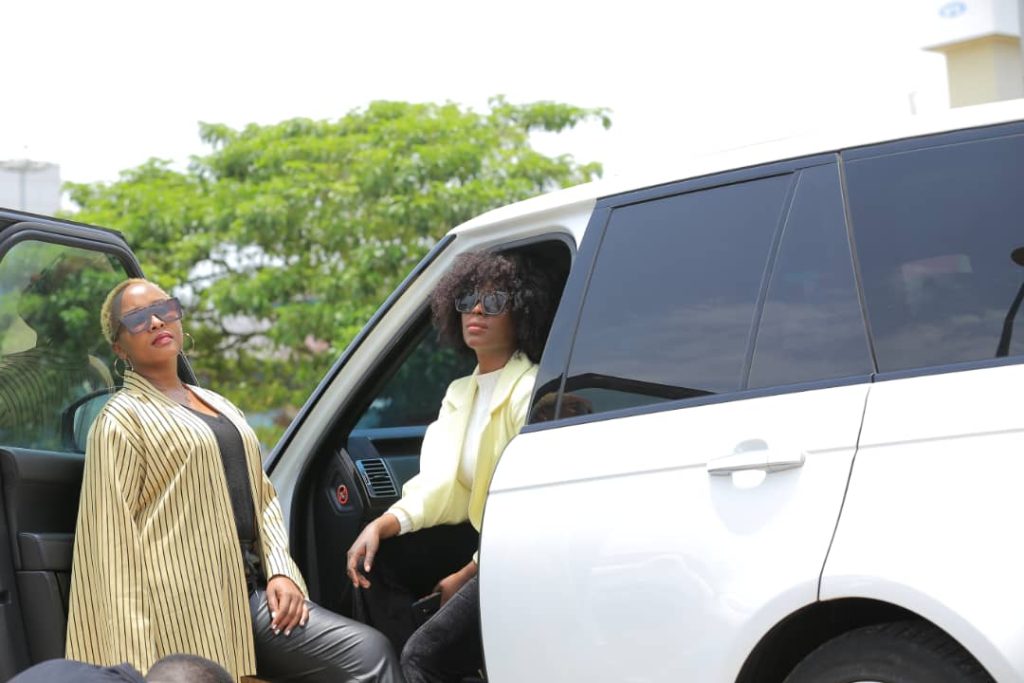 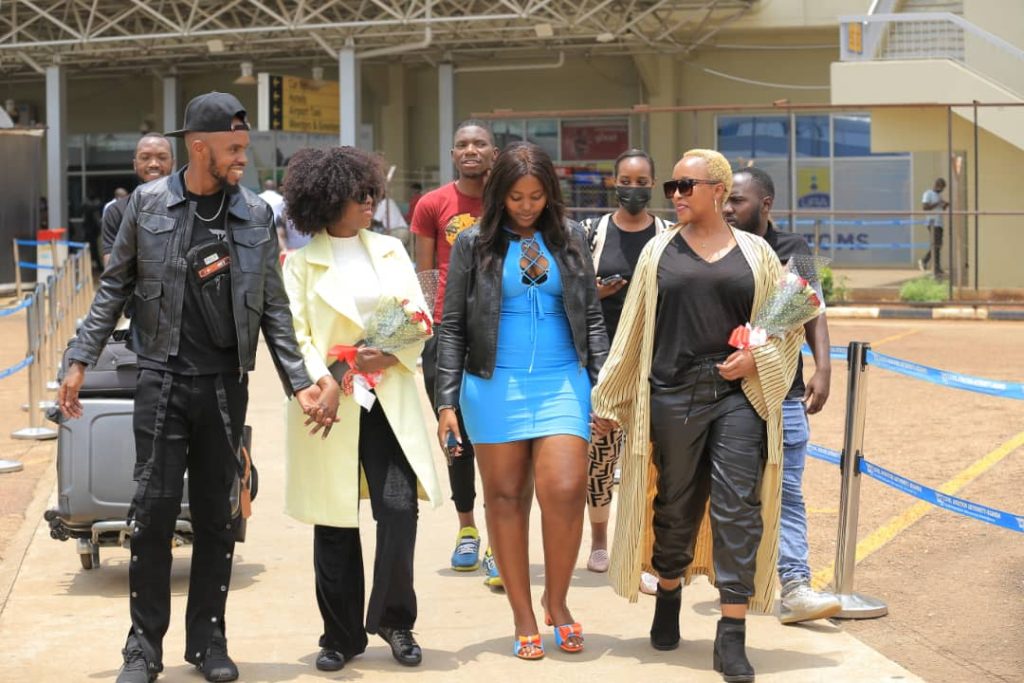