Rwabwogo: We Must Rebuild Intra-Africa Trade Linkages to Cease Being ‘Supermarket for Products of the West’

Rwabwogo: We Must Rebuild Intra-Africa Trade Linkages to Cease Being ‘Supermarket for Products of the West’

Odrek Rwabwogo, Special Presidential Advisor for Special Duties and Chairman of the Presidential Advisory Committee on Export and Industrial Promotion, has delivered a keynote address at the Uganda-DRC Business Summit currently ongoing in the Congolese capital Kinshasa.

In his speech delivered Monday at Fleuve Hotel, Rwabwogo interested the over 200 participants in the investment opportunities in Uganda.

He narrated how Uganda and DR Congo have traded with each other for so many years.

“…That trade was so successful that many tribes joined and opened up the country to foreign trade.”

He said by 1860 when the European interests solidified in Africa, the people called Chokwe from central highlands of Angola were skilled blacksmiths and knew how to repair rifles.

“In 1860, they were repairing guns, so nobody should say there was no technology in Africa, in Congo. If you were able to repair a broken rifle in 1860, you know something about technology.”

Chokwe are Bantu-speaking people who inhabit the southern part of DR Congo (Kinshasa) from the Kwango River to the Lualaba; northeastern Angola; and, since 1920, the northwestern corner of Zambia.

“That is how Chokwe people took control of the business in the Kasai region and even defeated a man called Tippu Tip, an Afro-Arab trader from Zanzibar.”

He worked for a succession of the sultans of Zanzibar. Tippu Tip traded in slaves for Zanzibar’s clove plantations.

As part of the large and lucrative ivory trade, he led many trading expeditions into Central Africa, constructing profitable trading posts deep into the region.

He was also the most well-known slave trader in Africa, supplying much of the world with black slaves. 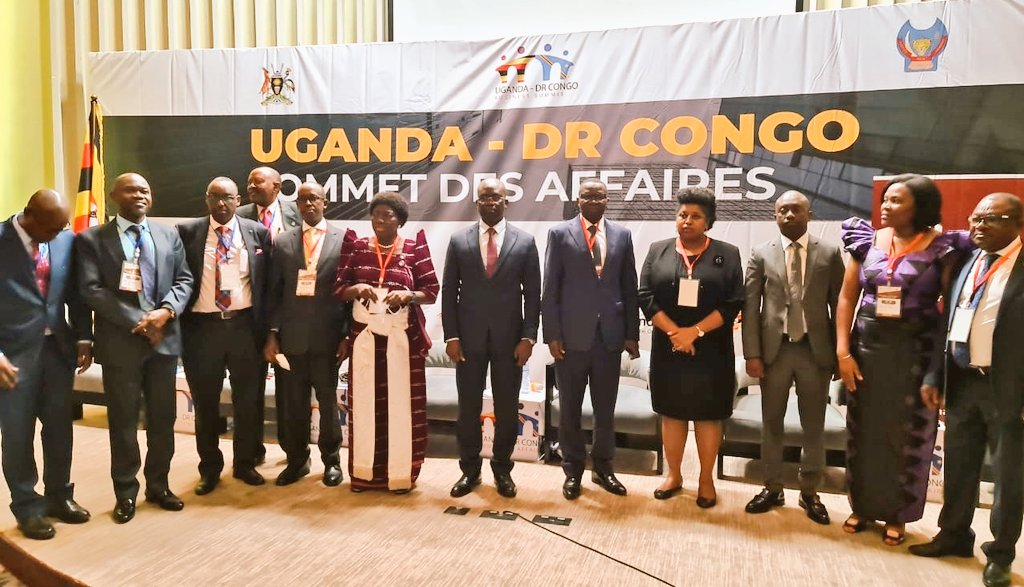 “He (Tippu Tip) was defeated by the very people here, they chased him away,” Rwabwogo told his audience.

According to Rwabwogo, Africans have been trading with each other for so long.

“For me, the biggest strategic intent for our being here is that this generation rebuilds intra-trade linkages and that we strengthen our countries, we strengthen businesses of young people and that we help each other directly not through Europeans, Chinese, American intermediaries.”

He said since Africans speak similar languages, they should speak to each other so that, for example, the EAC market, especially DR Congo and Uganda, does not become permanently “a supermarket for the products of the West”.

“If we have similar associations on both sides of the border, we don’t need the Dubai market. We can enjoy our market in the region and it is enough.”

The Uganda-DR Congo Business Summit which kicked off Monday, May 30, 2022, will continue for the next 10 days including a leg in Goma.