The Ministry of Defence and Veteran Affairs/Uganda Peoples’ Defence Forces (MoDVA/UPDF) has hosted a delegation of student officers and Directing staff from the Tanzanian Command and Staff College at General Headquarters in Mbuya.

The officers are in Uganda for a one-week study tour under the theme “Capabilities of Regional Blocs in Combating Emerging Security Threats.”

While addressing the visiting delegation and participants from the MoDVA/UPDF, the Chief of Defence Forces (CDF), Gen Wilson Mbadi, who was the chief host welcomed the students and thanked them for choosing Uganda as their destination for their study tour stating that, Uganda is at the forefront of strengthening what their theme captures.

The CDF emphasized that the security environment is becoming more chaotic, complex and ambiguous and therefore, African countries must work towards building a foundation that secures the lives of the current and future generations. 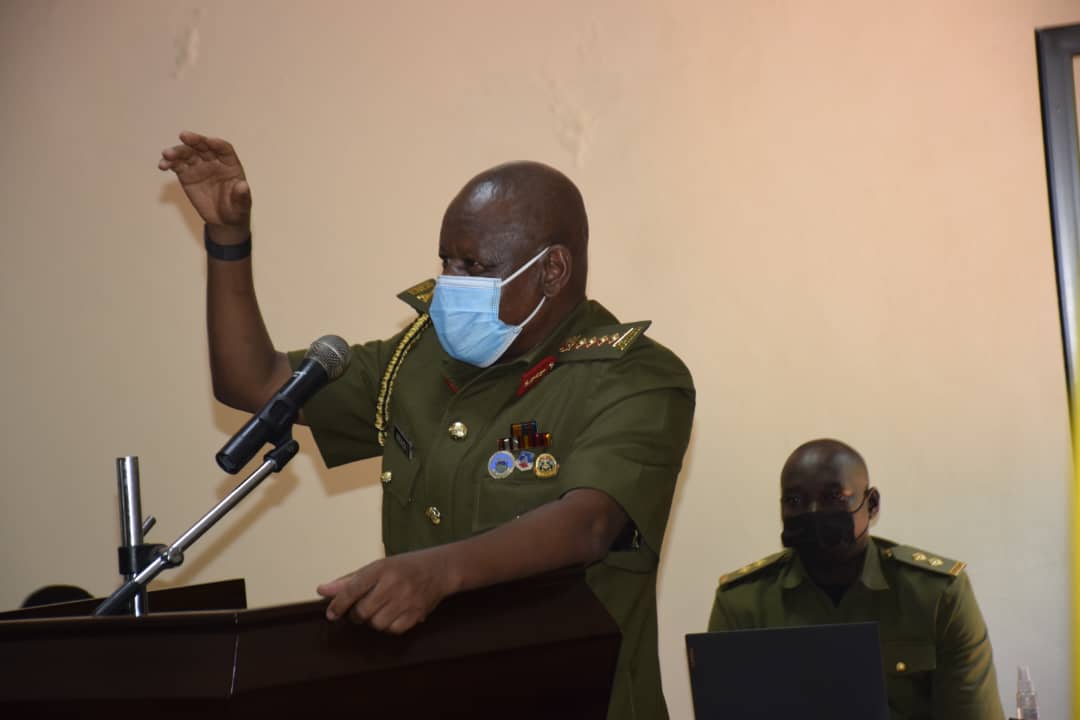 “Regional integration is the only way of creating strategic security to secure our countries and communities because it is only by integrating, that we will be able to have a strong voice, larger market, strong security frameworks, firmer security foundation and thus stability,” the CDF observed.

He encouraged the students never to lose the courage and the spirit of Pan- Africanism by falling into the temptation of thinking that there are people who know our countries more than us.

“That is when we lose the chance of creating our own strategic security to secure our countries but if we continue to generate strategic thinkers like you, then achieving African solutions for African problems will be achievable,” he underscored. 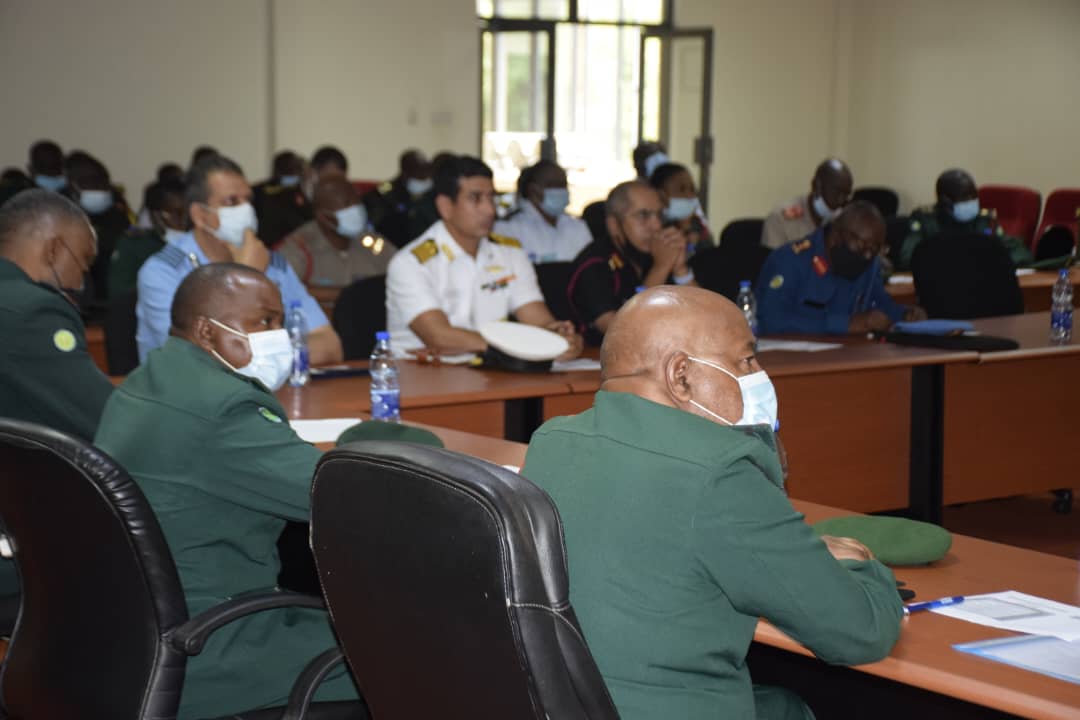 During the discussions and asked by the visiting student; Major John Joseph Nzalla about “how regional blocs can be strengthened”, the CDF asserted that “the answer lies in understanding our problems and acknowledging that we cannot fight these emerging threats alone. We either integrate or we are swallowed up by the enemies of peace.”

“As we face various challenges especially those of a transnational nature, the need to understand regional challenges and work out cooperative countermeasures has become more necessary than ever before,” the CDF remarked.

The Chief of Military Intelligence (CMI) Maj Gen James Birungi, in his national and regional security overview to the delegates stated that Uganda is peaceful and stable however, threats to national security continue to manifest in form of terrorism, cyber threats, general and transitional crimes as well as challenges associated with the influx of refugees into the country. 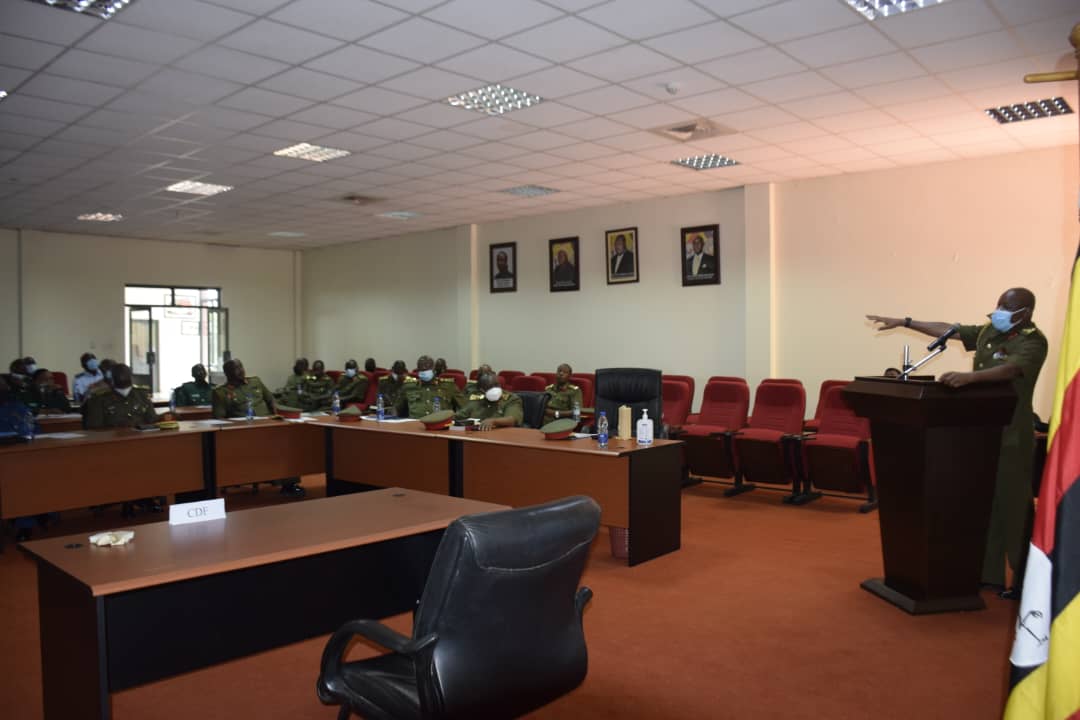 At the regional level, activities of negative armed groups continue to create pockets of insecurity in some countries like the Democratic Republic of the Congo (DRC), South Sudan, Kenya, Somalia and Uganda.

“Although terror cells in the country have been largely neutralized, ADF/ISCAP maintains the capacity to plan and execute attacks across the region. Concerted efforts from all stakeholders are therefore necessary to address all these challenges” Gen Birungi noted. 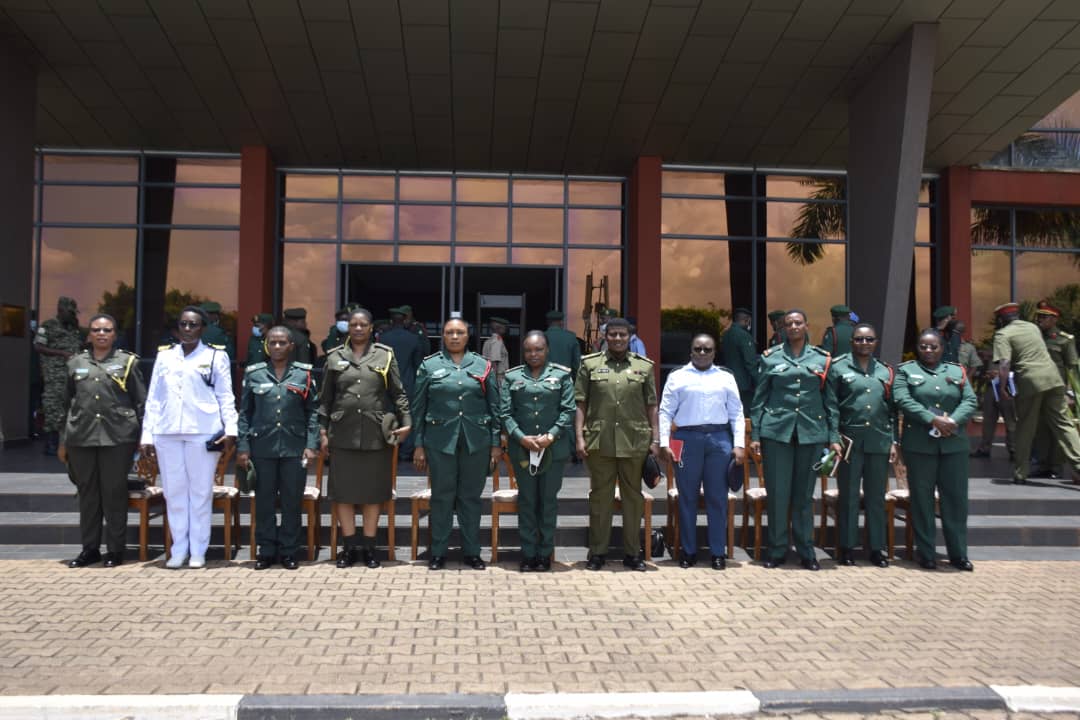 Col Aheebwa, observed that having seen Uganda from a history of turbulence, from colonial manipulation and distortions, working together with regional states like the Tanzanian brothers and sisters, to the current level of transformation that Uganda is having, shows that we can indeed address emerging security threats and other challenges if we integrate as Africa.”

On his part, the Commandant of the Tanzanian Command and Staff College and Head of the delegation, Brig Gen SD Ghuliku stated, “we are going to step out of this hall by knowing that unity and cooperation among our countries is the only solution to our problems. We are one people. Let these imaginary lines that were drawn by the colonial masters not divide us. Rather we should forget about those lines and integrate for our own benefits because without cooperation and unity, we are not going to survive these emerging forces and security threats which are coming upon us all.” 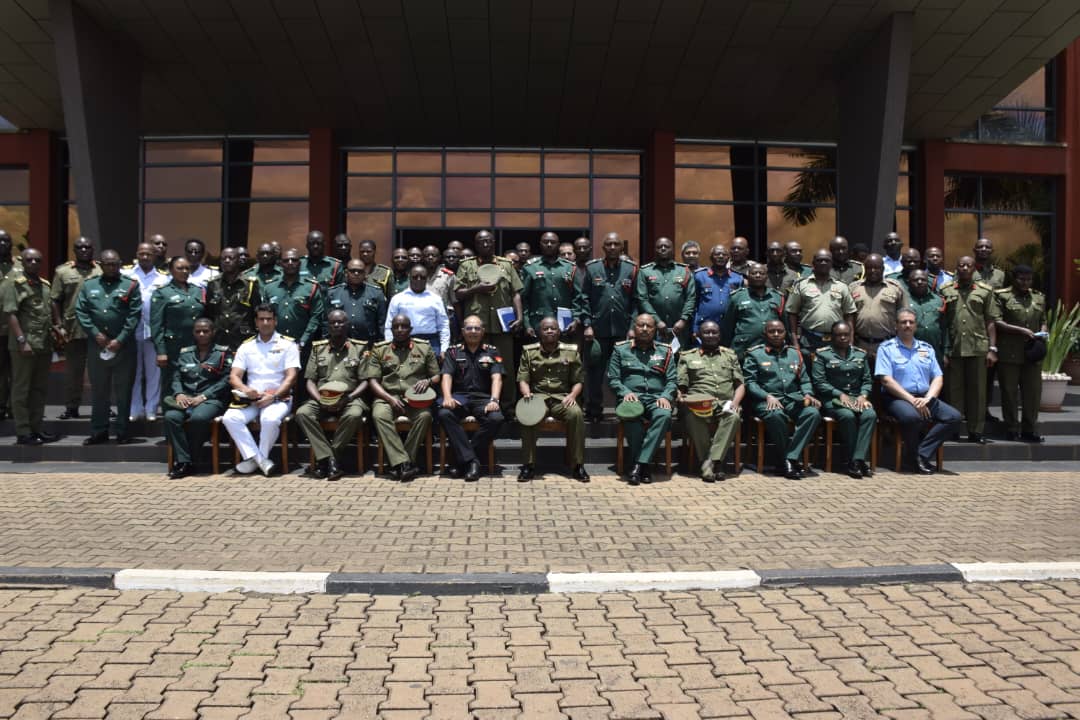 Brig Ghuliku further presented a token of appreciation to the CDF to mark the occasion.

The study tour is aimed at enhancing the understanding of students in the areas of geopolitics, the social and economic dynamics of the region and how they affect our countries if we continue acting as individual countries or if we act together toward social economic and security issues facing the region.

The event was attended by the Chief of Personnel and Administration Maj Gen George Igumba, the Defence Spokesperson Brig Gen Felix Kulayigye, Brig Gen Dede Ndyanabo, representing the Chief of Training and Recruitment, Defence Attaché of Tanzanian High Commission in Uganda, Col Bura, Chiefs and Commanders of UPDF among others.