South African President, Cyril Ramaphosa, has filed papers with the Constitutional Court in an attempt to review the Section 89 report on Phala Phala farm matter.

The report of the Section 89 Panel, which was tasked with determining whether there is sufficient evidence to impeach the president has found that President Cyril Ramaphosa may have a case to answer to Parliament.

The panel concludes, in its report which has been made public, that there is prima facie evidence that the President may have committed a serious violation of the Constitution, law, and serious misconduct.

In a statement released shortly after, the Presidency says it has taken note of the report submitted to the Speaker of the National Assembly by the independent panel established under Section 89 of the Constitution and that an announcement would be made in due course.

The report was released to Members of Parliament and the public through the Announcements Tablings and Committee reports (ATC) on Wednesday evening. 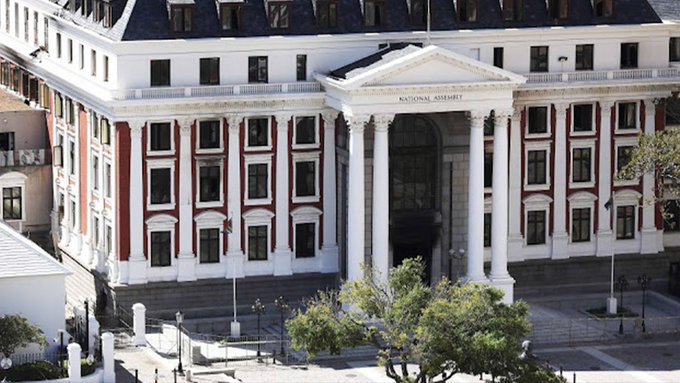 The report is based on the panel’s assessment of the information it received on the Phala Phala saga from the African Transformation Movement (ATM), the Economic Freedom Fighters (EFF), and the United Democratic Movement (UDM). In response to the information, the President denied any wrongdoing.

The saga relates to the alleged theft of millions of dollars at Ramaphosa’s Phala Phala farm in Limpopo more than two years ago. Ramaphosa allegedly concealed the theft.

The panel was tasked with assessing whether or not Ramaphosa had a case to answer on constitutional grounds.

The report will be considered by the National Assembly at its plenary sitting scheduled for 6 December 2022.

President Ramaphosa reiterates the statement he made in his submission to the independent panel.

“I have endeavoured, throughout my tenure as President, not only to abide by my oath but to set an example of respect for the Constitution, for its institutions, for due process and the law. I categorically deny that I have violated this oath in any way, and I similarly deny that I am guilty of any of the allegations made against me,” says the President.

This is the second meeting from which Ramaphosa has been recused in two days. The first was the National Working Committee meeting at the same venue yesterday.

Some ANC members were seen demonstrating in support of Ramaphosa outside of the venue.

Earlier on Wednesday, the African National Congress (ANC) said it is prepared for any eventuality.

“If there is any challenge against any of our leaders we always have to be worried but we believe that due process is important as the moment I know the panel will present its report to the Speaker on Wednesday already our team in parliament said they will come and brief us so we will be ready on Wednesday to receive the report and see what it says we must always be ready to deal with challenges we are ready,” said ANC Treasurer General Paul Mashatile.

Economic Freedom Fighters (EFF) leader, Julius Malema, has called on ANC leaders who have pushed for President Ramaphosa to step down in the media, to rather act where it matters the most in Parliament.

Malema was briefing the media at the party’s headquarters in Johannesburg on Monday.

Malema says his party is unfazed by the National Assembly Speaker’s decision to a request by opposition parties for a secret ballot on the Section 89 report on Tuesday.

As the national assembly prepares to vote on the impeachment process against President Ramaphosa, the EFF leader has welcomed the open ballot and called on ANC members of parliament to mirror the statements they have made in public on the matter.