Raila who is preparing for the August 9 Presidential Elections, shook the political scene in Kenya when he picked Martha Karua as his running mate.

“I received Rt. Hon. Raila Odinga, who paid me a courtesy call at State House Entebbe this evening,” Museveni said after the meeting.

He added: “We discussed a wide range of issues concerning our two countries. I welcome him.” “We walked down memory lane to discuss the shared history of our countries aimed at forging stronger ties moving into the future,” Odinga said Thursday after meeting President Museveni.

He added: “That formed the core of a pleasant discussion with President Museveni at State House in Entebbe, Uganda.”

On Wednesday, Raila was in Juba, South Sudan where he commissioned the 3.6km Freedom Bridge that will connect Juba to the rest of the region.

“I’m happy at the strides they’re making regarding infrastructure and their willingness to cooperate even more robustly with the rest of Africa.”

He said the bridge will play a key role in enhancing connectivity and trade in the region.

“It is great seeing the project come to fruition. Africa will surely rise!”

Raila wished Kiir and the people of the youngest East African nation all the best. 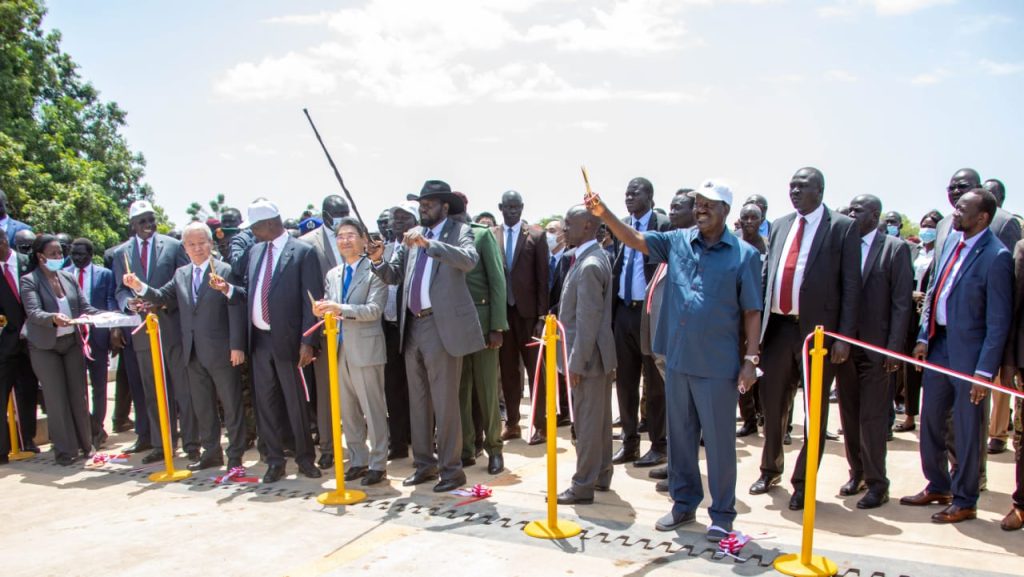