Police Officers Cautioned Against Use of Excessive Teargas

Police Officers Cautioned Against Use of Excessive Teargas

Police officers attached to the Kampala Metropolitan Field Force Unit (FFU) have been cautioned against use of excessive force while countering riots and during other general operations.

The officers were also warned against using of too much tear gas while handling public order management operations. Often times, Police in Uganda use the peppery smoke to disperse rioters and quell violent protests given its high lacrimal gland that produce tears to those exposed to it.

World over, the chemical weapon has been used as a standard measure in violent situations as a self defence mechanism by security organs.

He asked officers to always consider all their actions in accordance with the laws of Uganda, asking that whatever is done must never amount to degrading treatment or torture and shouldn’t affect people’s privacy or family life.

On use of tear gas, before using it, the Commandant advised officers to always provide “clear and unambiguous warnings” in advance .

This he said would allow people to vacate the area and hence minimize the impact on those complying, also ensuring a safe escape path that eventually will have protected the people’s constitutional rights. 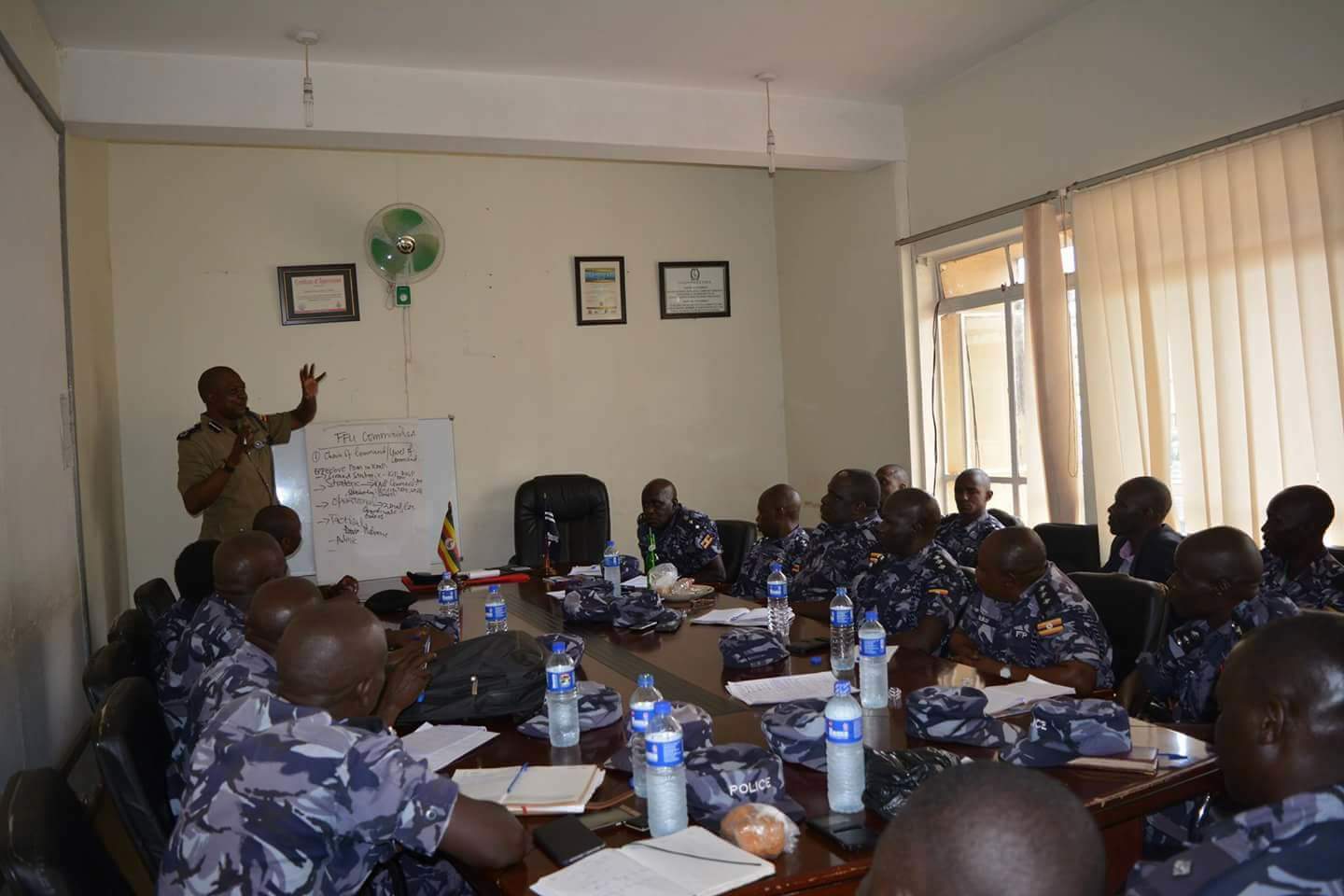 He said the application of excessive force should only be used in exceptional circumstances where all other options will have been considered and tried.

Such cases he said, are in a category where failure for an officer to act, would lead to loss of their life or that of an innocent third party.

For many years now, the Police has been in the bad books of human rights campaigners for its violations of rights including brutal treatment towards suspects and the public. The institution has been named several times by the Uganda Human Rights Commission as the biggest human rights violator of all government institutions.

It is unclear whether CP Kafeero’s latest appeal is an attempt to usher in a new era of doing things in the administration of Inspector General of Police, Okoth Ochola who took over from Gen Kale Kayihura months ago.