Malango was promoted by Guterres to serve as Director, Economic Affairs for Regional Economic Commission headquartered in Europe.

Letter of credence is a formal diplomatic letter that appoints a diplomat as ambassador to another sovereign state. It is addressed from one head of state to another, asking them to give credence to whatever the ambassador may say on their country’s behalf.

The letter is presented personally by the ambassador to the receiving head of state in a formal ceremony, marking the beginning of the ambassadorship.

The event at Statehouse also saw the President receive credentials of the Chinese Ambassador to Uganda H.E Zhang Lizhong.

“I received credentials for the United Nations Resident Coordinator in Uganda, H.E Susan Ngongi Namondo, and the Chinese Ambassador to Uganda H.E Zhang Lizhong. I congratulate and wish them a fruitful tenure in their respective offices,” posted the President on Twitter.

After the event, Namondo, a Cameroonian, expressed honour for having been received by the President before committing to working with the country in its development efforts and plans.

“Especially honoured to be received by H.E. Yoweri Kaguta Museveni in these difficult times. I enjoyed the wide ranging and interesting discussion and look forward to joining ongoing efforts towards the implementation of Uganda development vision and plans,” Namondo remarked in a tweet.

Ngongi Namondo has more than 25 years of experience in development work, including 19 years leading development professionals in the areas of policy formulation and programme planning across four different United Nations agencies at the national, regional and headquarters levels.

She also served the International Fund for Agricultural Development (IFAD). 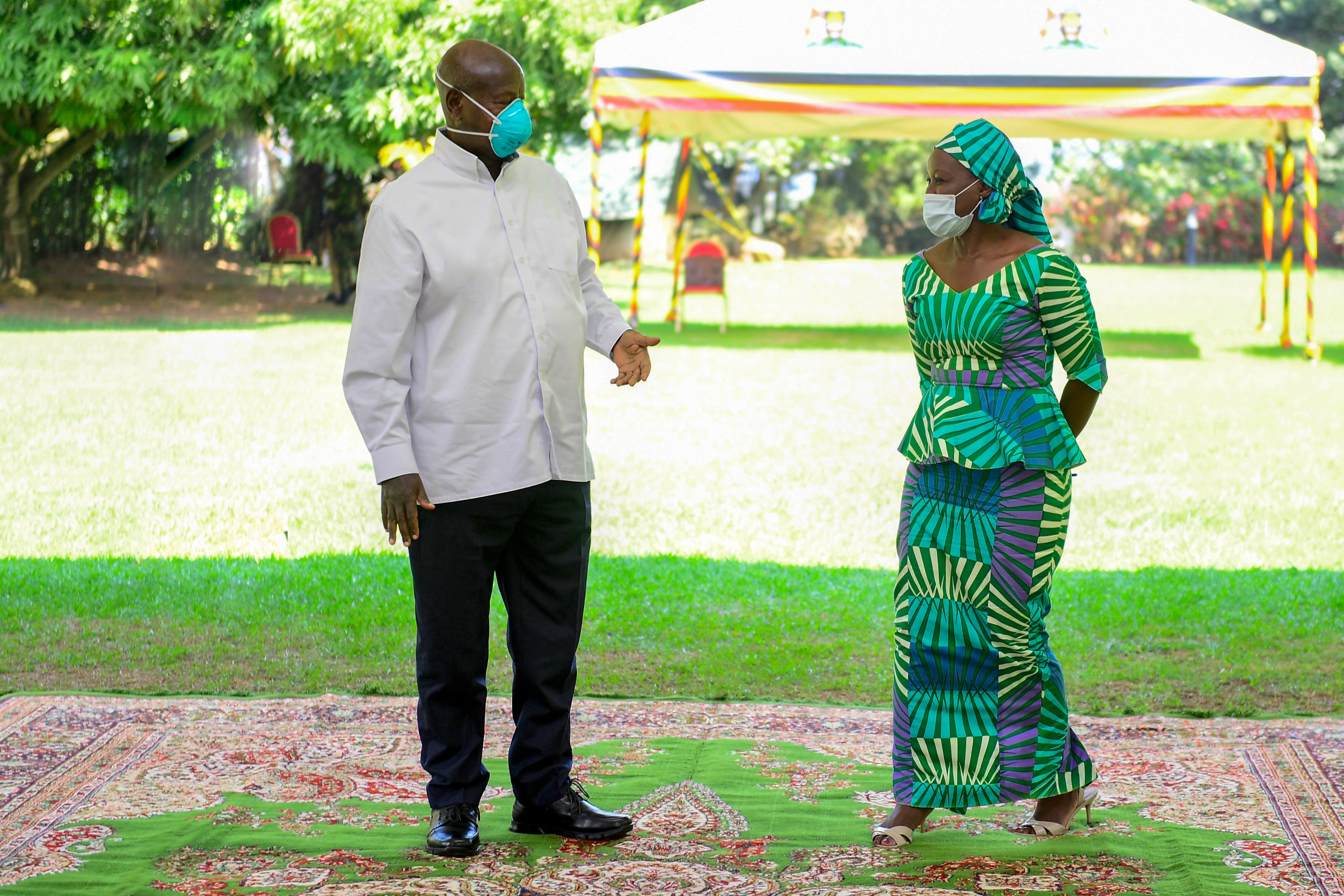 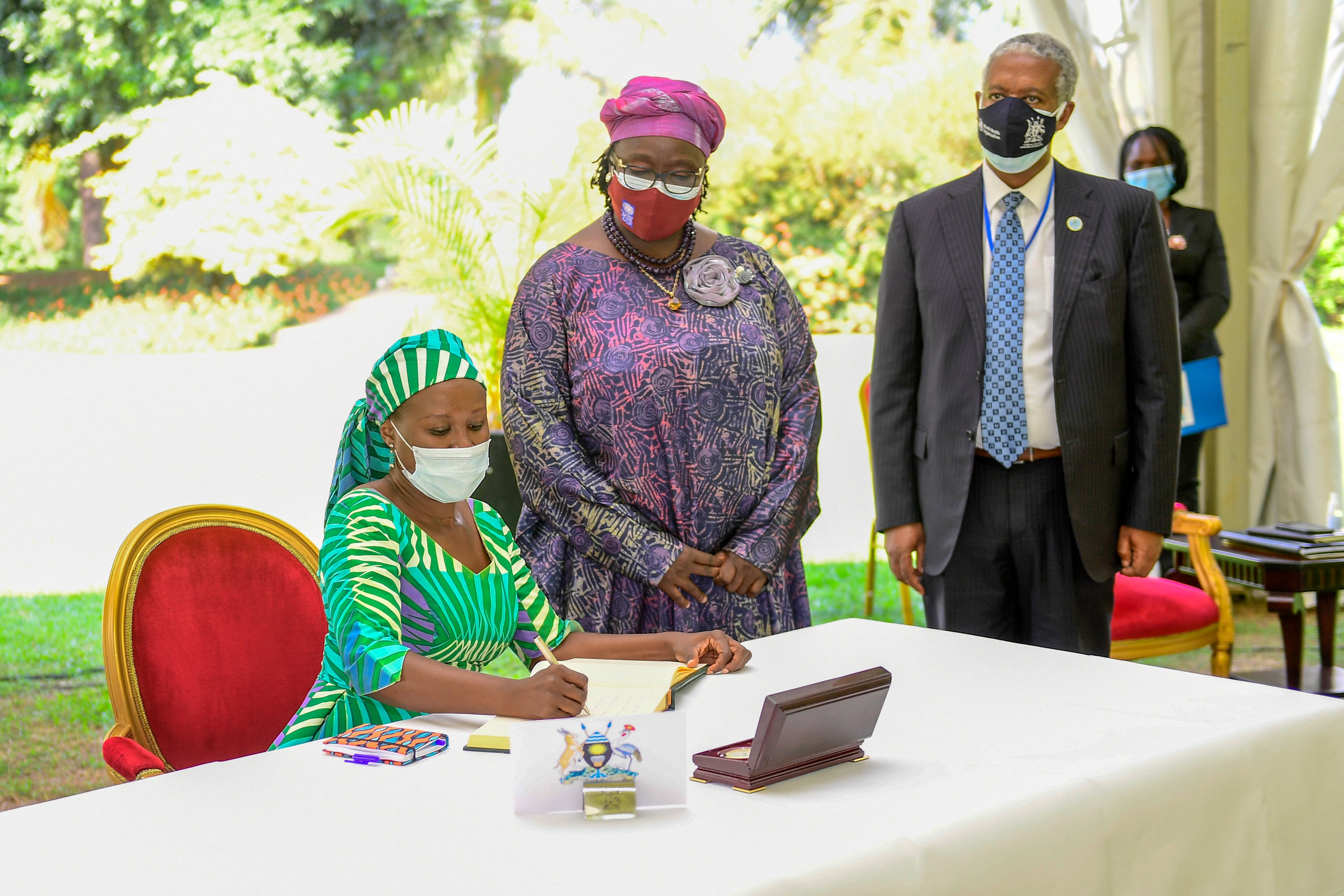 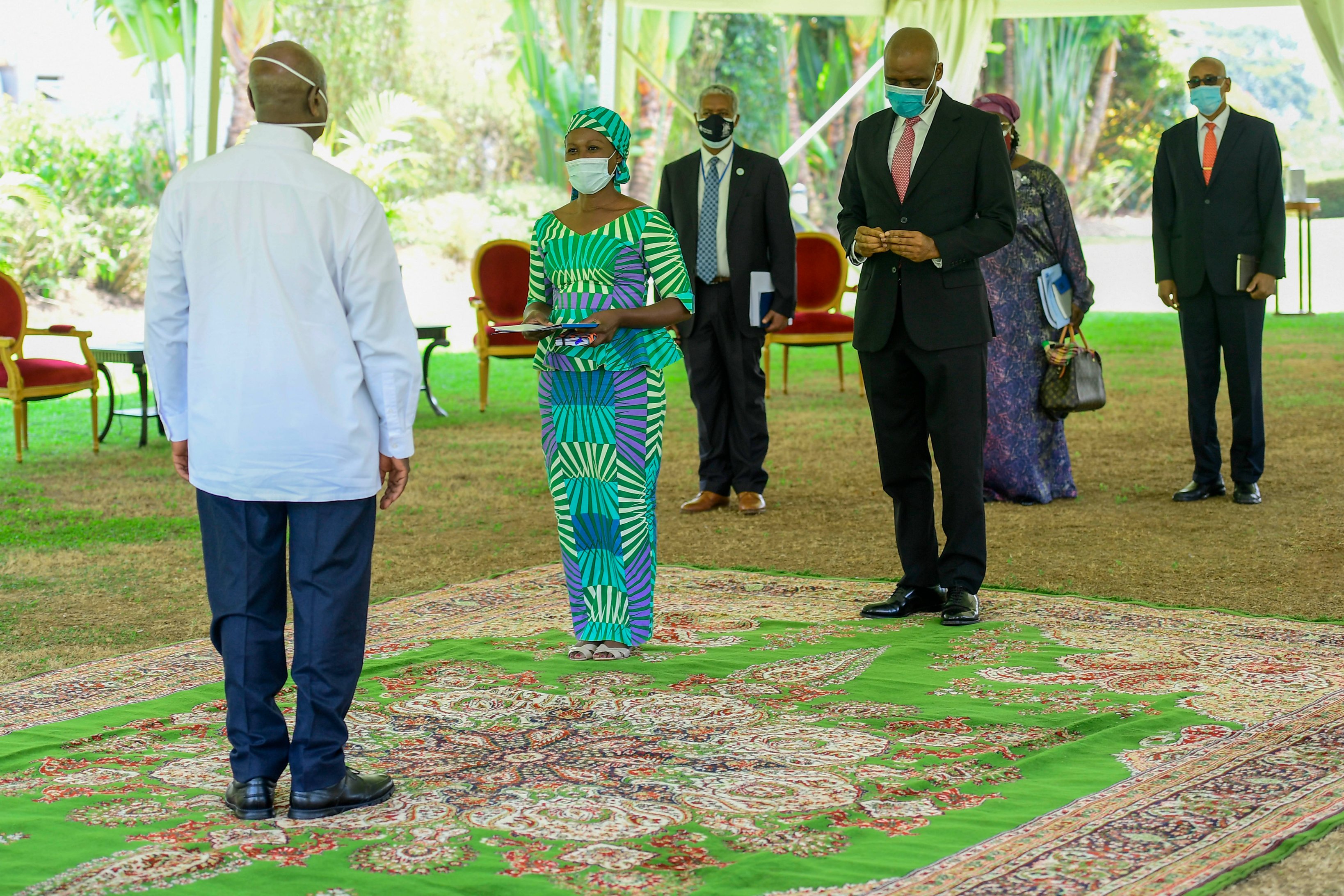