Mbarara – Inmates at Kakiika government prison in Kyamugorani, Mbarara municipality have accused police officers of selling their property when arrested as suspects.

This was reported on Tuesday by one of the inmates, identified as James Osber during a visit to prison facilities in Mbarara by the Principal Judge, Yorokamu Bamwine.

“My Lord, we are not contented with the way police handles our property. Sometimes, we ask ourselves whether government pays these people their salary because when they look at our property they want to sell it individually,” Osber explained to the Principal Judge.

“Fellow inmates Kiwanuka Farouk, Mugume Abubakar and Alleluya Bernabus had cars at the Police. They sent their relatives to pick them with all the required documents, but Police refused to hand the property to their relatives. It was to our surprise that the same cars were found on the list of those to be auctioned,” he added.

Justice Yorokamu Bamwine confirmed that as the Judiciary, they have recieved reports relating to the loss of inmates’ property to Police.

“We have received those accusations before related to Police impounding suspects’ property, but those not to be used as exhibits should never be impounded. Nonetheless, they [Police] take the property and don’t return it to the suspects, it is not recorded in Police books because it is not part of the evidence. So, it’s a challenge that needs to be addressed,” Justice Bamwine said.

In his remarks, the Rwizi Region Police Commander, SSP Akoth Caroline promised to make a follow up on the matter.

“However much you are a prisoner, you are entitled to your property. I am going to follow the matter up for all those who lost their property at Police,” he said.

Osber also appealed government to consider inmates when it comes to programs such as national identity card registration and Hepatitis B vaccination.

“My Lord, government has denied us inmates the right to belong to this country by not registering us during the Natioal ID exercise. That means we can not transact, we can not do any business here on our land,” Osber said.

He further requested government to consider compensating inmates who incarcerated only to be found innocent by courts of law.

“My Lord, life will never be easy in prison. It is our humble request that the government compensates prisoners who are released by court due to lack of sufficient evidence. This will compel government to investigate the cases before they make arrests and punish those who make others suffer for no good reason,” the inmate further explained.

“In the last two high court criminal sessions, out of over 20 files, only two were convicted while others were acquitted due to lack of evidence. These people walked away with a miserable life”.

Responding to some of the questions raised by inmates, Justice Bamwine said that as inmates, they can not enjoy all their conjugal rights when in prison.

“But we all know that a prisoner is not entitled to conjugal rights. His/her rights have been curtailed so he is not allowed to participate in those civic activities,” answered the Principal Judge.

He also promised that the Justice, Law and Order Sector (JLOS) will look into the matter of Hepatitis B vaccination.

“And for Hepatitis B that’s a health issue. Inmates should be vaccinated. I don’t think government is against vaccinating inmates, only that nobody has worked on it”.

He also rejected the appeal of compensating innocent inmates when proved not guilty in court.

“If you are acquitted, it means that there was no proof so go home and be good. But you can’t commit a crime, and then government compensates you simply because we failed to get evidence. That’s wrong. It could be that you actually committed the crime but nobody got evidence”.

He instead advised them to consider filing civil suits for compensation, upon acquittal.

“If they arrested you for nothing and there was no evidence, then go ahead and file a civil suit government will compensate you,” Bamwine advised.
On the issue of national IDs, Bamwine clarified that it is a political concern which should be addressed by Members of Parliament. 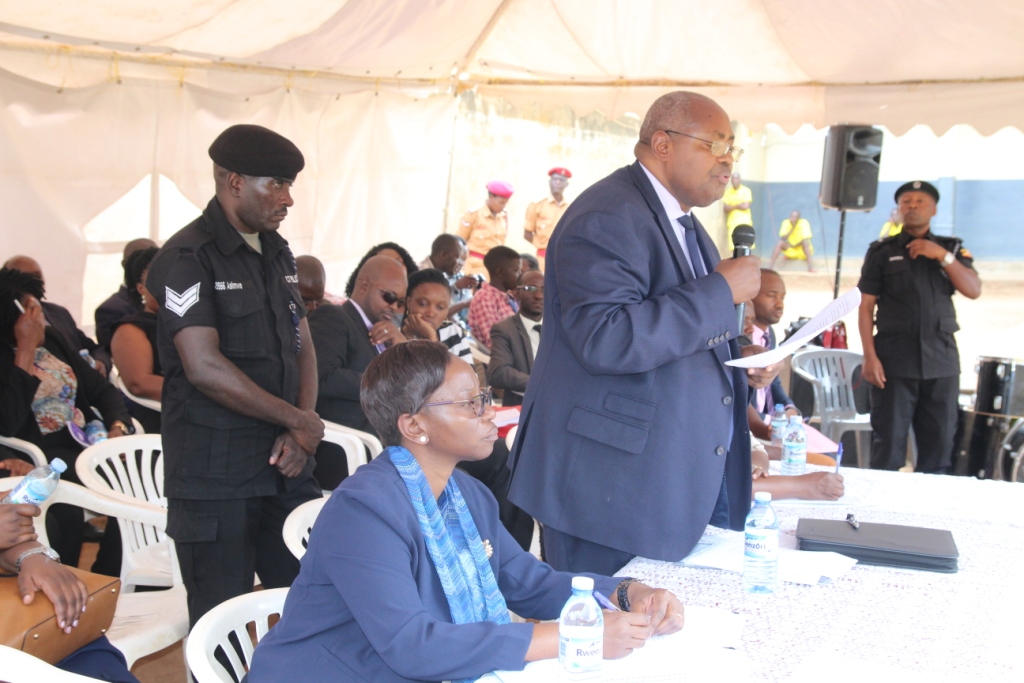 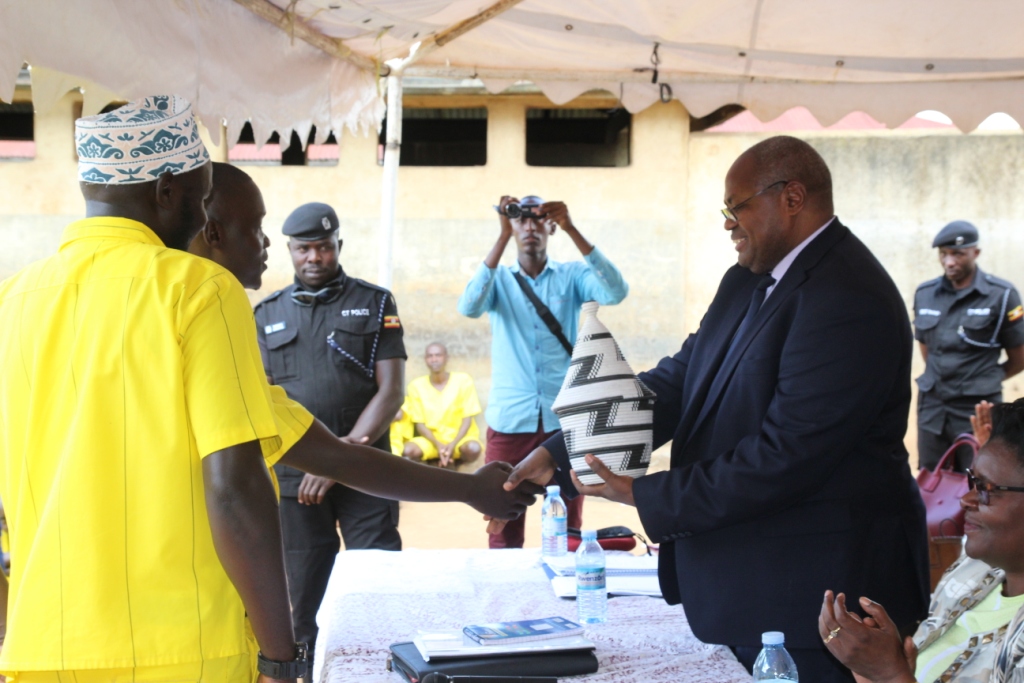 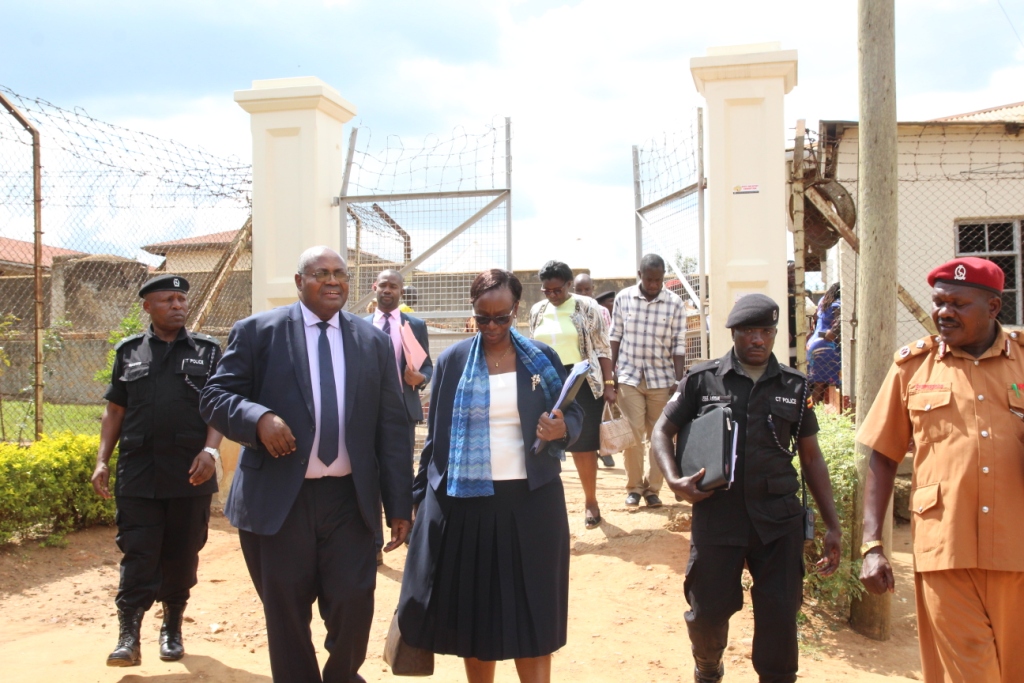