Lt Col Nakalema (L) elaborates to district officials during an inspection on Friday.

The Anti-corruption Unit headed by Lt Col Edith Nakalema has Friday arrested six senior district officials including the Chief Administrative Officer (CAO) over a piece of land said to have been grabbed by someone in State House.

According to Lt Col Nakalema, intervention by the Unit followed a whistleblower’s complaints about numerous pieces of land belonging to the district land that are on the verge of being stolen by unscrupulous individuals.

“We came to Mbarara because a number of whistle blowers walked in to our offices and were claiming that Mbarara has many incidents of corruption including the illegal allocation of Mbarara district headquarters Kamukuzi, sale of veterinary land, works yard on Mbarara – Bushenyi road, Kakyeka stadium,” explained Nakalema.

Suspects who were handed over to CID include; the CAO, Cuthbert Esoku; the District Lands Officer, Godlive Nayebare; the District Staff Surveyor, Gerard Murinda; the District Physical Planner, Julius Lucky; and Barijja Sabath, the Muicipal Engineer. Another man indentified as Karenge Bashiru who is said to be the project manager for the disputed land (near State Lodge) was also arrested.

They were handed to the Police Criminal Investigations Directorate (CID) to aid investigations into the matter and for withholding information.

The allegations that the land (about one and a half acres) which is adjacent to the Mbarara State Lodge at Kamukuzi hill, was being grabbed by someone in State House were initially raised to the Unit by the district leaders.

During the meeting with the district coucil on Friday, Lt Col Nakalema sought to know the name of the accused State House official. However, her attempts to get the name were futile as the district officials including the CAO and Surveyor declined to disclose it.

This prompted Nakalema to refer the officials to CID.

Another piece of land whose ownership the Unit has taken interest in, borders with Kakyeka stadium. It is alleged to have been distributed by district officials who claimed there were plans to put up a satellite city.

The Unit is also probing into another piece of land belonging to the district veterinary department which was allegedly acquired fraudulently by Rwampara MP, Charles Ngabirano.

During Friday’s meeting which Ngabirano attended, he admitted to having owned the land previously but that he later sold it to Uganda Martyrs’ parish.

Ngabirano told Nakalema and her team on Friday that he genuinely bought the land from Grace Muhairwe who was the district Speaker, back in 2011.

“I bought that land in 2013 but I made the final payment in 2015 from Muhairwe Grace. And I did due diligence because you can’t buy an expensive property without following the law,” the legislator said.

“I even got clearance from the Uganda Land commission before being cleared by the district officials headed by CAO and LC V Chairman,” he said.

Ngabirano also alleges that Archbishop Paul K Bakyenga convinced him (Ngabirano) to sell the said land to the church which needs space for expansion.

The land which is situated on Boma hill in Mbarara municipality measures 0.92 acres.

However, Nakalema was not convinced by Ngabirano’s account, prompting her to direct that the MP forwards all the official documents relating to his ownership of the property.

Nakalema asked the media to work with government in its efforts to expose the corrupt public officials so as to clean up the country.

“We look forward to have the media as our partners in naming and shaming corrupt officials in government. This is our country, our children and grandchildren must live in, it’s time for us to stop what is not right to make sure that Mbarara is cleaned up,” said Nakalema.

The Unit together with th arrested district officials then proceeded to Koranorya road to inspect the scope of completed road and its bills of quantities. The road whose construction is said to have cost Shs 360m is also subject of an investigation following complaints by a whistleblower to the Anti-corruption Unit.

Regarding the road, Don Wanyama who is the Presidential Press Secretary revealed that the Unit’s engineer will conduct further assessment.

“Eng Patrick Rusongoza is the one leading the checks as a technical person. He is going to make his own assessment and if he comes to the conclusion that indeed the works are shoddy and there is no value for money, those responsible will be asked to account,” explained Wanyama. 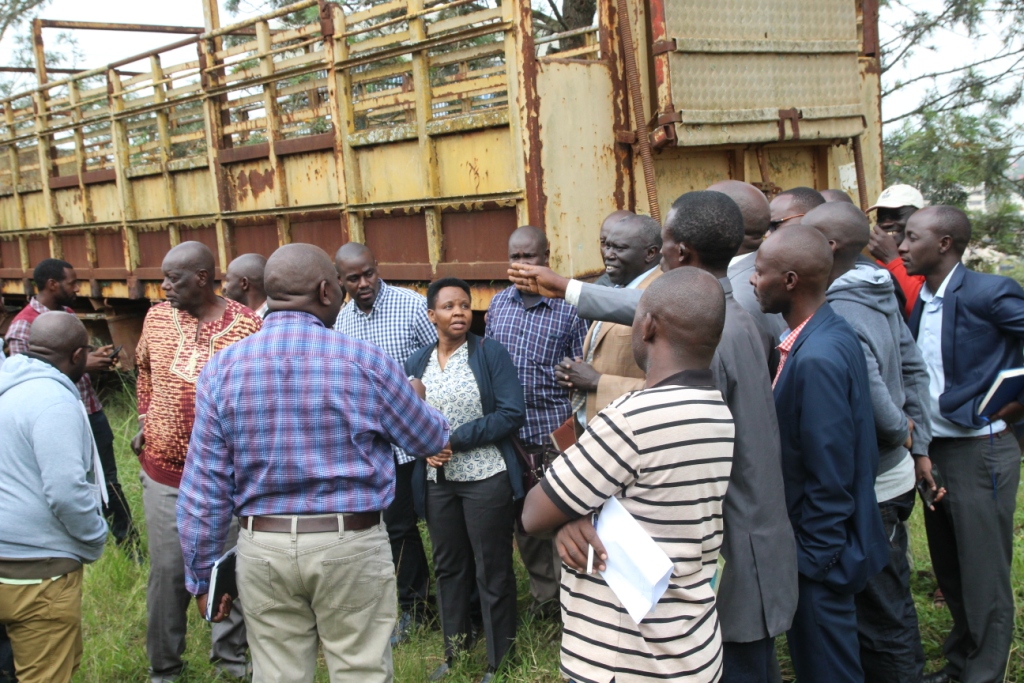 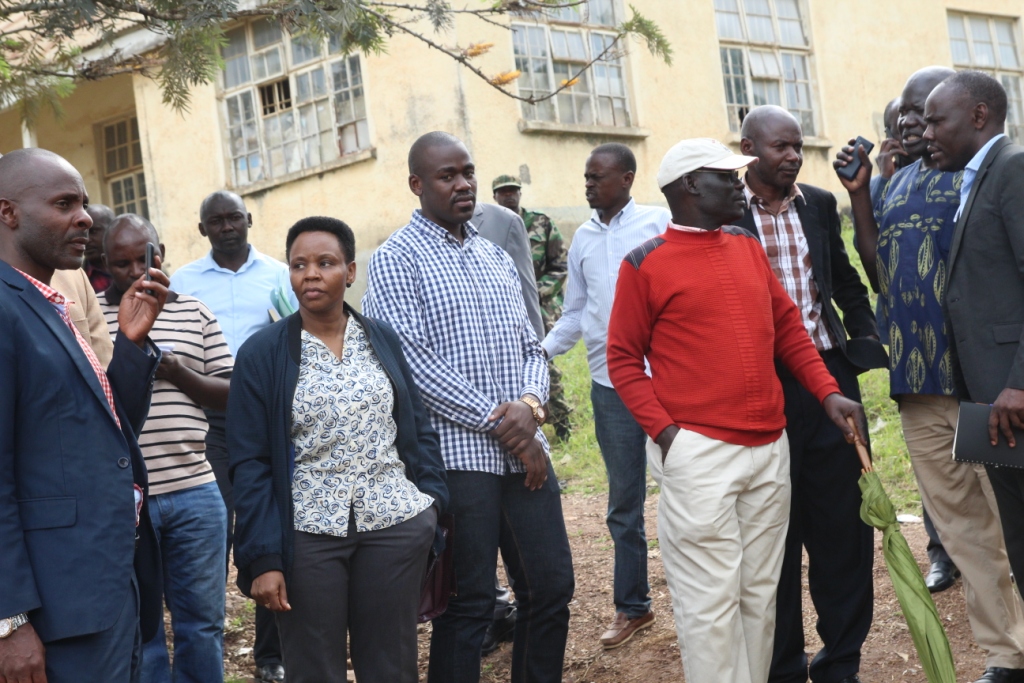 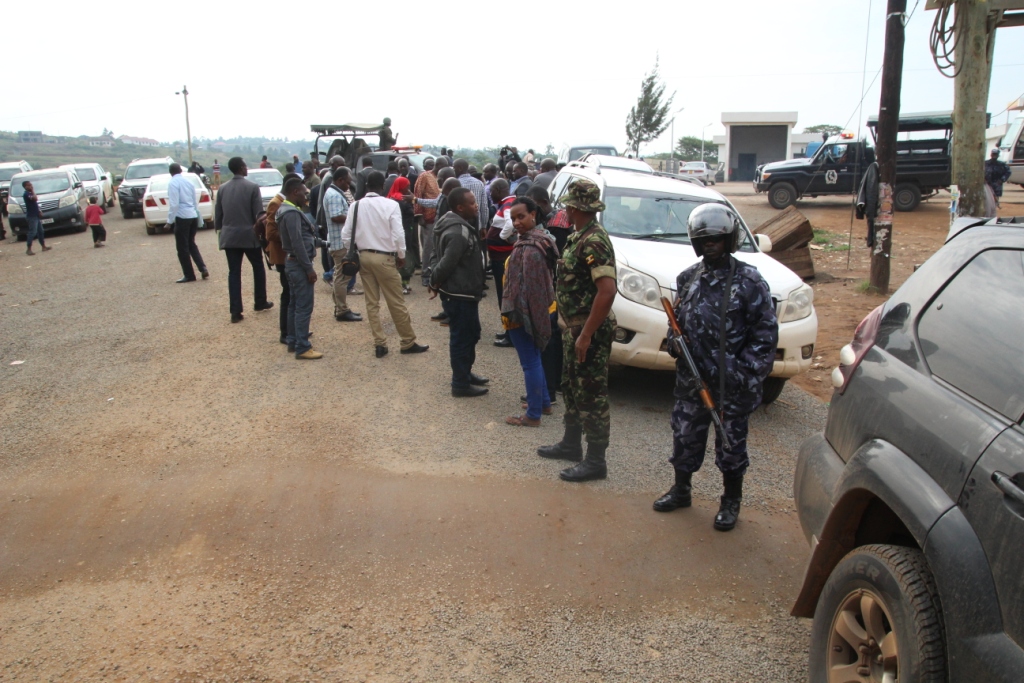