Erias Lukwago has Wednesday been sworn-in as the Lord Mayor of Kampala Capital City for a third five-year term in a row.

In his inauguration speech, Lukwago vowed to maintain his firm stance on the rule of law in the country as well as fight against mass eviction of what he termed as the urban poor from their land.

“Like I promised during campaigns that I will be ‘the shield of Kampala’, I want to defend and serve as a shield against those who are oppressed and persecuted, to fight corruption and abuse office, to fight alienation of public land – open spaces, wetlands, green belts. I want to defend the vulnerable people who are being mercilessly evicted because I do not support any mass eviction of the urban poor but instead we should make arrangements to offer them opportunities. This is what we mean by an inclusive and functional City,” Lukwago said.

He also said that key on his agenda is to fight against bad governance and misrule in the country noting that rule of law must be respected.

He said he leadership is anchored on six pillars which include corporate governance and rule of law, the need for a planned and sustainable City, accountability and transparency, equity and social justice, prioritization in the budget process and promoting Kampala as a hub for investment and tourism.

“These six pillars form the core thrust of this lip-forward instrument and I presented it before Council in the term that has just ended and it was adopted as a policy statement, so they are not personal but now institutional because I hold a mandate of Kampala and invoked the powers vested in the office of the Lord Mayor to have the same adopted as our guiding instrument,” he added.

According to Lukwago, he executed the role of KCCA political head in the previous term with distinction through giving political guidance.

“Even if you are the worst nemesis of Lukwago, I know you will agree with me that when it comes to offering political guidance in Kampala, I take the lead. I am sure you have not found me wanting on any issue as commanded by the law,” reiterated Lukwago.

The Lord Mayor who said that his office is the nerve centre of the functioning of KCCA something he equated to a heart in a human body, noted that as a political leader, he was able to initiate programs for the development of the Capital City as well as coming up with programs that are processed through various stages to the implementation stage.

Lukwago used the event to question why new markets are not established or old markets rehabilitated in Kampala as it is the case in upcountry districts.

“What makes it important for us to construct a network of markets countrywide and you ignore Kampala where you have masses – youths, women, single mothers, street vendors who are allover Kampala and then you construct Lira Central Market, Jinja Central Market and others you have seen during the campaigns open up my Gen Museveni?, asked Lukwago.

“We waited for one to be open up in Kampala but nothing happened. Wandegeya Market is more like a Mall, Busega is taking ages to be completed, Kasubi market which we have just constructed is a Kiosk. We only have makeshift markets like Usafi in Kampala, something that is not sustainable if government seeks to create trade order in the City,” he said.

Lukwago further revealed the need to put in effect the ordinances passed in previous term including The KCCA Child Protection Ordinance, The KCCA Sewerage Management Ordinance and The KCCA green Infrastructure Ordinance where he noted that “Kampala has to be a green City” before decrying encroachment in open spaces and factories within residential areas. His this emphasized the need for planting trees in Kampala. 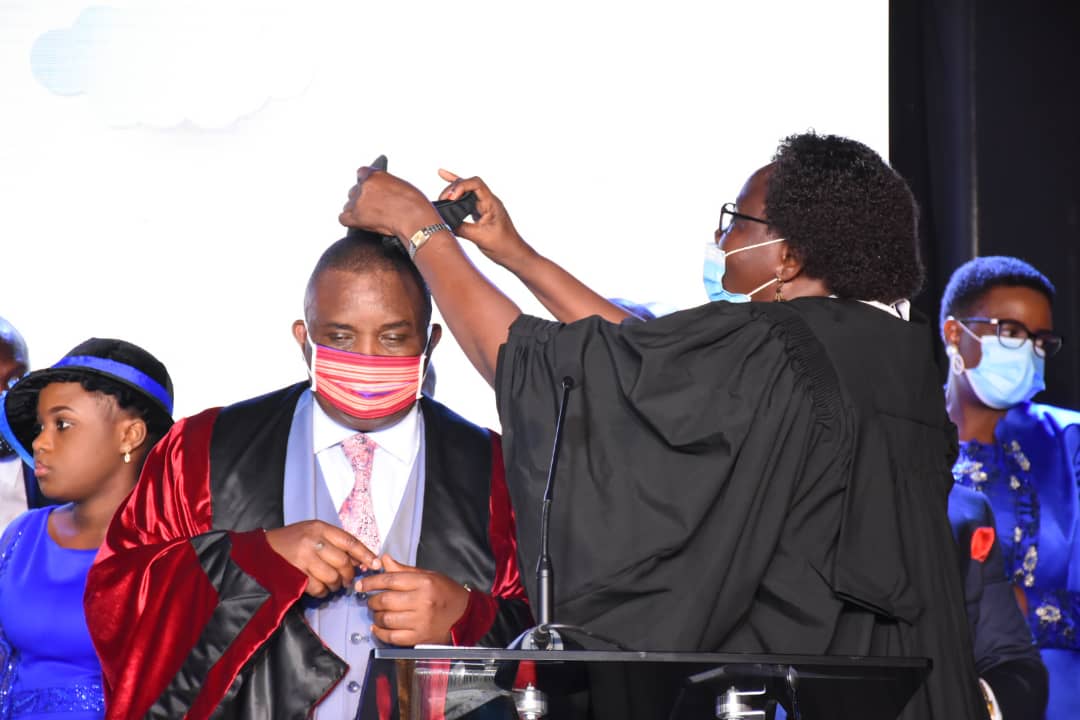