Harold Adiyo Oulanyah aka Didi, the son of the late Speaker of Parliament, has graduated from the University of Stirling in Scotland.

The University of Stirling, founded by the royal charter in 1967, is located in the Central Belt of Scotland, built within the walled Airthrey Castle estate.

(R.I.P) Rt Hon Jacob Oulanyah’s son Didi graduated from this institution on Friday, November 25, 2022, with a Bachelor of Arts in Economics.

“@JacobOulanyah see your son Didi making you and all of us proud. He has got his BA (Hons) in Economics from @StirUni. Friends are relatives we choose. And we, your friends promised to stand with your family,” Mao tweeted in a congratulatory message. 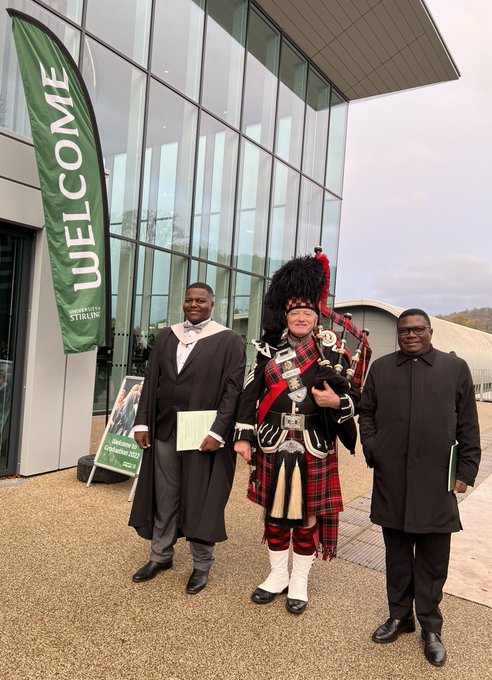 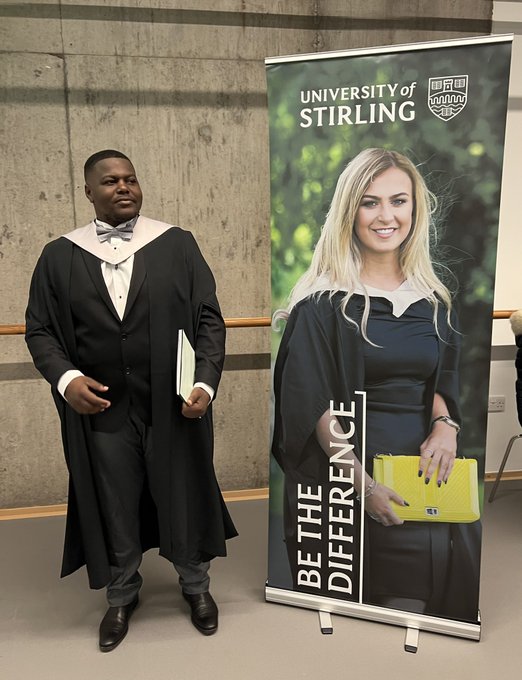 The Speaker of Parliament, Rt Hon Anita Among, also congratulated Didi: “Congratulations son! We are proud of you.”

Congratulations son! We are proud of you. https://t.co/fCqSPF8o1o

Dr Mudge – a Scottish, British and World Champion in hill and mountain racing – was recognised for her outstanding contribution to sports, while Dr Fairweather, who was the first employed sports scientist at the organisation now known as sportscotland, was honoured for his leading role in the advancement of sports science research.

Dr Mudge and Dr Fairweather received their honorary doctorates on the last day of the University of Stirling’s winter graduation ceremonies, which saw 1,772 graduates celebrating their achievements this week.

Dr Malcolm Fairweather was honoured for his leading role in the advancement of sports science research, according to the university website.

Professor Sir Gerry McCormac, Principal and Vice-Chancellor of the University of Stirling, said: “Alongside the achievements of our graduands, we are proud to recognise Dr Angela Mudge, a former Stirling student who has enjoyed phenomenal success in mountain racing, and Dr Malcolm Fairweather, for his pivotal role in improving the performance of Scotland’s athletes.”

He added: “They are fantastic role models for our students and are recognised for their outstanding contributions in their respective fields.”

Congratulations to six-time #CommonwealthGames medallist @RossMurdoch_ who graduated today with an MSc Sport Management – marking the end of a phenomenal 10 years with our high-performance swim squad 🎖️🏊‍♂️🎉 🏊 #StirGrad pic.twitter.com/1pw9KukjSD