Ignore NGOs, Museveni Tells Oil Companies As They Commit To Get Oil Flowing By 2025

Ignore NGOs, Museveni Tells Oil Companies As They Commit To Get Oil Flowing By 2025

President Yoweri Museveni has cautioned the companies and other players in the Oil developments, against restricting the Civil Society Organizations from accessing the areas, saying this could give them a leeway to discredit the projects.

President Yoweri Museveni has cautioned the Oil companies and other players in the Oil developments, against restricting the Civil Society Organizations from accessing  the areas, saying this could give them a leeway to discredit the projects.

President Museveni made the remarks on Tuesday, during the announcement of the Final Investment Decision at Kololo Independence grounds. 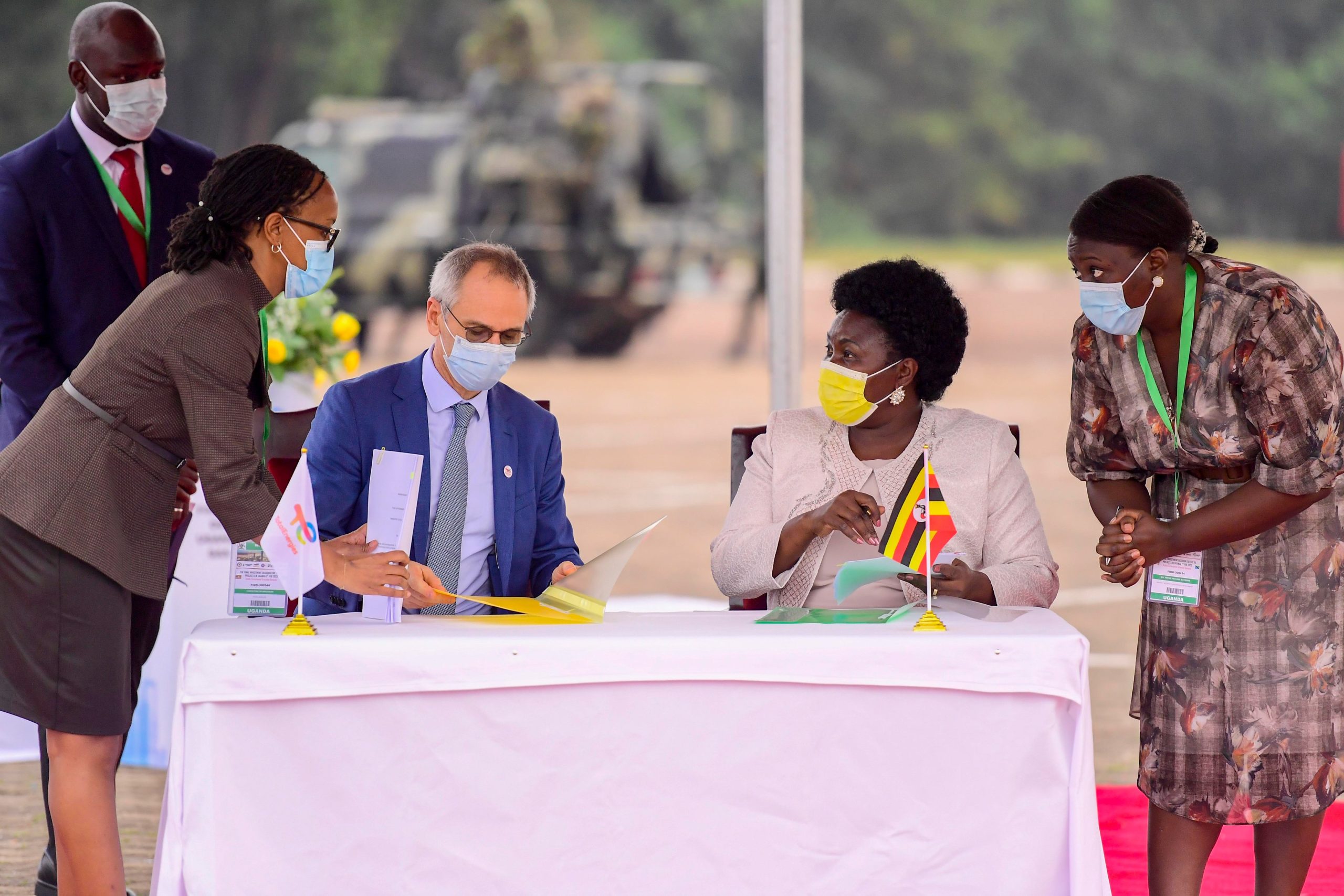 The Total Energies Chairman and Chief Executive Patrick Pouyanné, noted “D-Day means Day of Departure, and to us, its day of departure to work.”

There have been fears that the commercial development phase might stall due to lack of financing because of efforts by the global civil society movement who were encouraging the prospective financiers to stay away from the projects, saying petroleum production abets climate change.

The East African Crude Oil Pipeline project was specifically targeted by the crusaders. Governments in developed countries like the UK have stated it clearly that they will not fund fossil fuel production projects in Africa.

This huddle, however, seems to have been overcome, with TotalEnergies saying that, together with the other joint venture partners, they are going to sink USD 10 billion into the Tilenga Project, Kingfisher Project, and the EACOP.

TotalEnergies is the lead investor holding a 56.67 percent interest in the upstream licenses, followed by CNOOC with 28.33 percent, while the Uganda government, through UNOC controls 15 percent. UNOC has so far received 130 million dollars (454 billion shillings) and expects another 178 million (620 billion shillings) for its part of the investment in the EACOP.

For the upstream projects, UNOC will start paying for its investments when oil starts to flow UNOC Chief Executive, Proscovia Nabbanja says there are many financing companies willing to finance the oil and gas activities in Uganda.

Standard Bank Group of South Africa, the parent company of Stanbic Uganda, is the lead financial advisor to the projects, and other lenders are expected to include Sumitomo Mitsui Banking Corporation of Japan and the Industrial Commercial Bank of China.

“We are fully aware of the important social and environmental challenges it represents. We will pay particular attention to using local skills, to develop them through training programs, to boost the local industrial sector in order to maximize the positive local return of this project,” said Patrick Pouyanné.

He says the success of these projects in Uganda and Tanzania is not only for their profit in the two countries, but it will serve as an example that it is possible to exploit the resources safely anywhere.

“The development of Lake Albert resources is a major project for Uganda and Tanzania, and our ambition is to make it an exemplary project in terms of shared prosperity and sustainable development,” he said.

For him, there is no turning back, as they are ready to invest more than 10 billion dollars (more than 37 trillion shillings) or close to a quarter of the country’s GDP, adding that it could even be done before 2025.

The technical schedule for the projects indicates that Fist Oil will be achieved 36 to 45 months after taking of FID, featuring intensive activity, in the detailed Engineering, Procurement, and Construction phase for the projects. However, the TotalEnergies boss thinks it could even take less time.

The initial opportunities relate to the pre-drilling and related civil works including site preparation and some construction, and related supplies. According to the companies, this will require over 3,000,000 tons of local construction materials such as murram, sand, aggregates, and cement.

There are a total of sixteen categories of goods and services that are ring-fenced for Ugandans in the National Content Regulations. Almost 300 trucks will be required every day to transport the construction equipment and materials.

The EPC contracting processes for the projects is already ongoing by the oil companies that have divided the specific projects into different work packages.

The Chief Executive Officer, Petroleum Authority of Uganda, Ernest Rubondo says the worry is that the Ugandan companies might not be enough to cater for the ring-fenced opportunities.

To avoid scenarios in some other countries especially in Africa, Tanzania’s Vice President Philip Mpango appealed to oil companies to adhere to avoid violations of human and environmental rights like child labor, but also to the nationals to see the projects as their own and protect them.