The Orthodox Diocese of Gulu and Northern Uganda on Saturday afternoon, received a new Bishop.

Born in 1982, His Grace Nektarios Kabuye was enthroned, amidst joy and ululation from hundreds of people who braved the scorching sun at St. Lawrence Orthodox Cathedral, Gulu City.

The colourful climax ceremony was presided over by His Eminence Metropolitan Innocentios Byakatonda of Burundi and Rwanda who is the Patriarchal representative.

In his remarks to the congregation, President Museveni who was represented by Vice President recognized the humility of the orthodox church that allowed to move the Orthodox enthronement to a day earlier, in respect of the pending enthronement of the Bishop of Kumi scheduled for Sunday,   March 6th, 2022.

The Vice President reiterated the fact that the collaboration between the Orthodox and the state will grow to greater heights, as government continues to provide security and peace.

“You are partners in providing the moral compass that our society needs, and we will support you to do the work,” Alupo added.

“Our environment is being degraded, and it is the people to revive it. Please stop cutting the trees, and, take all children to school”, adding that “education is the biggest tool to fight poverty”.

Vice President also thanked the people of Gulu in particular and Northern Uganda in general for having supported H.E the President through voting and appealed for further support to realise the successful implementation of the Parish Development Model (PDM).

“Government has just launched a transformational countrywide programme of the PDM. My Lord Bishop, fighting poverty is the responsibility of all of us, so let’s join hands on this program”, she requested.

The Vice President later handed over a brand new car which was a gift from President Museveni. 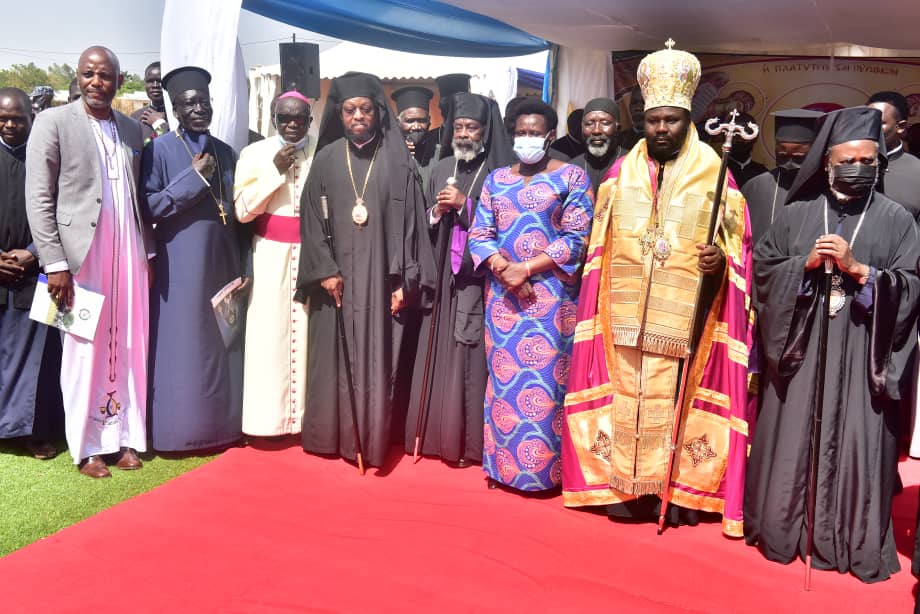 In the message carried to the church, His Eminence Jeronymos described the new Bishop as “a man full of dynamism, a man with faith, love and fear of God, charismatic and dedicated”.

Archbishop Jeronymos also prayed that the new Bishop would answer “man’s relationship with God”, while “social-economic transformation programs have to be handed with sensitivity  knowing that Uganda that feeds us today has to feed many generations to come”.

The co-celebrant His Grace Bishop Neofitos Kongai of the Orthodox Diocese of Nyeri in Kenya thanked Government of Uganda for putting in place a conducive environment in which not just faith-based organizations have grown, but also the development of the country that he said, was visibly seen.

The ceremony attracted several religious leaders from different denominations, including Archbishop John Baptist Odama of Gulu Archdiocese, and several political leaders including MPs from the region.

The Prime Minister of Busoga-Dr. Joseph Muvawala, who doubles as Chairperson of National Planning Authority was also present.