Ethiopian PM, Dr Ahmed Meets with Museveni, to Receive Highest Honour of the Pearl of Africa

Ethiopian PM, Dr Ahmed Meets with Museveni, to Receive Highest Honour of the Pearl of Africa

The Prime Minister of the Federal Democratic Republic of Ethiopia, Dr. Abiy Ahmed has arrived in Uganda for a 2-day state visit.

Dr Abiy Ahmed was received by President Museveni at State House Entebbe on Friday. He is accompanied by Ethiopia’s Minister of Foreign Affairs, Workneh Gebeyehu.

In a brief statement posted on the President’s official social platforms, he mentioned that the bilateral talks would touch on strengthening the two countries’ trade and political ties.

“I welcome Dr Abiy Ahmed Ali, the Ethiopian Prime Minister, to Uganda. He is here for a two-day state visit on my invitation. We shall hold bilateral talks on how to further strengthen our countries’ trade and political ties,” President Yoweri Museveni wrote.

Tomorrow, the Ethiopian PM will be the special guest at the National Heroes Day celebrations in Kakumiro District, where he will receive the Pearl of Africa Grand Master Medal.

Uganda becomes one of the few countries that Prime Minister Dr Ahmed has visited since he took leadership of Ethiopia a month ago. His visit comes 14 months since his predecessor, Hailemariam Desalegn visited Uganda during which visit his host, President Museveni described the relations between the two States as “excellent”. 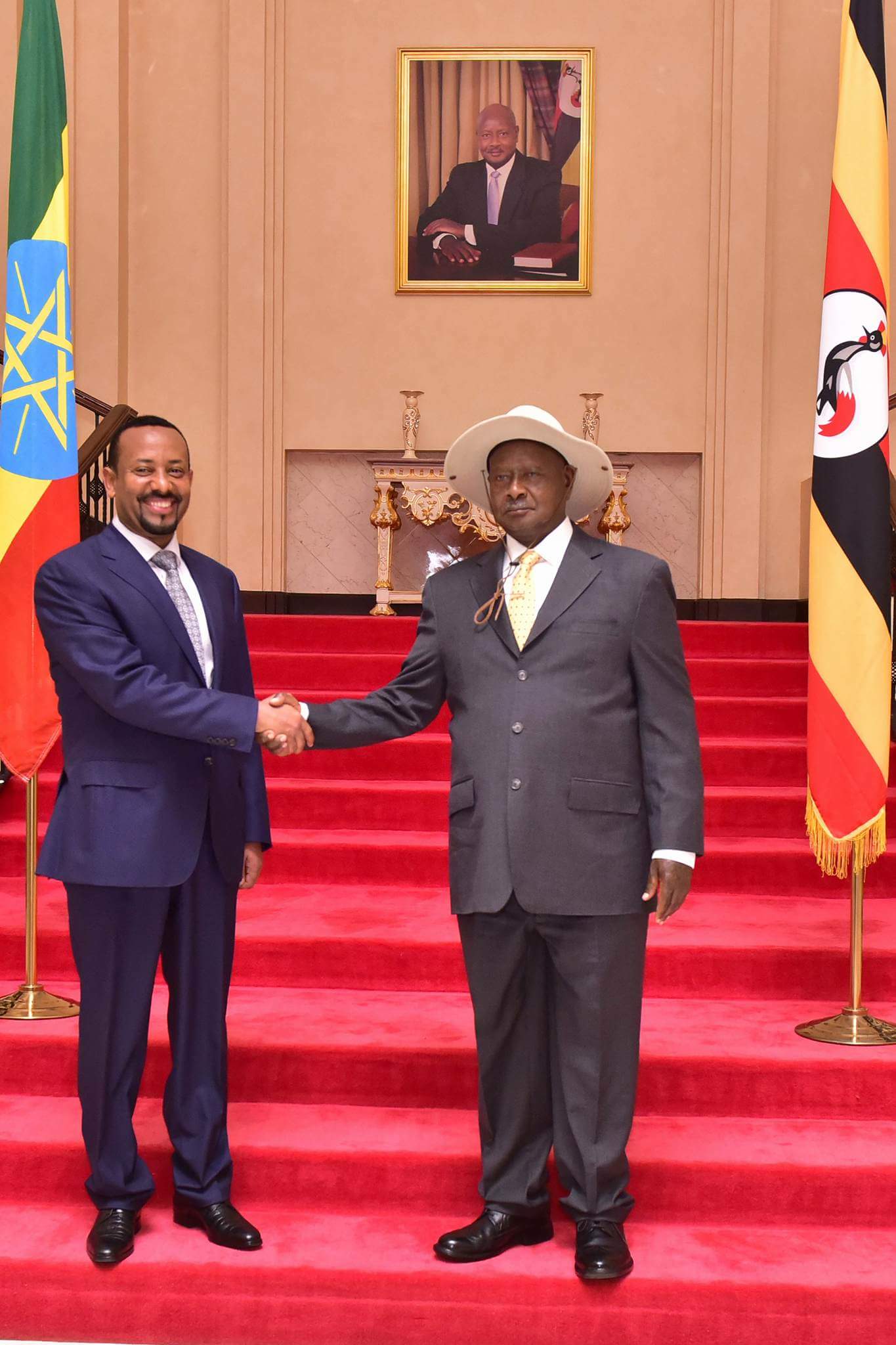 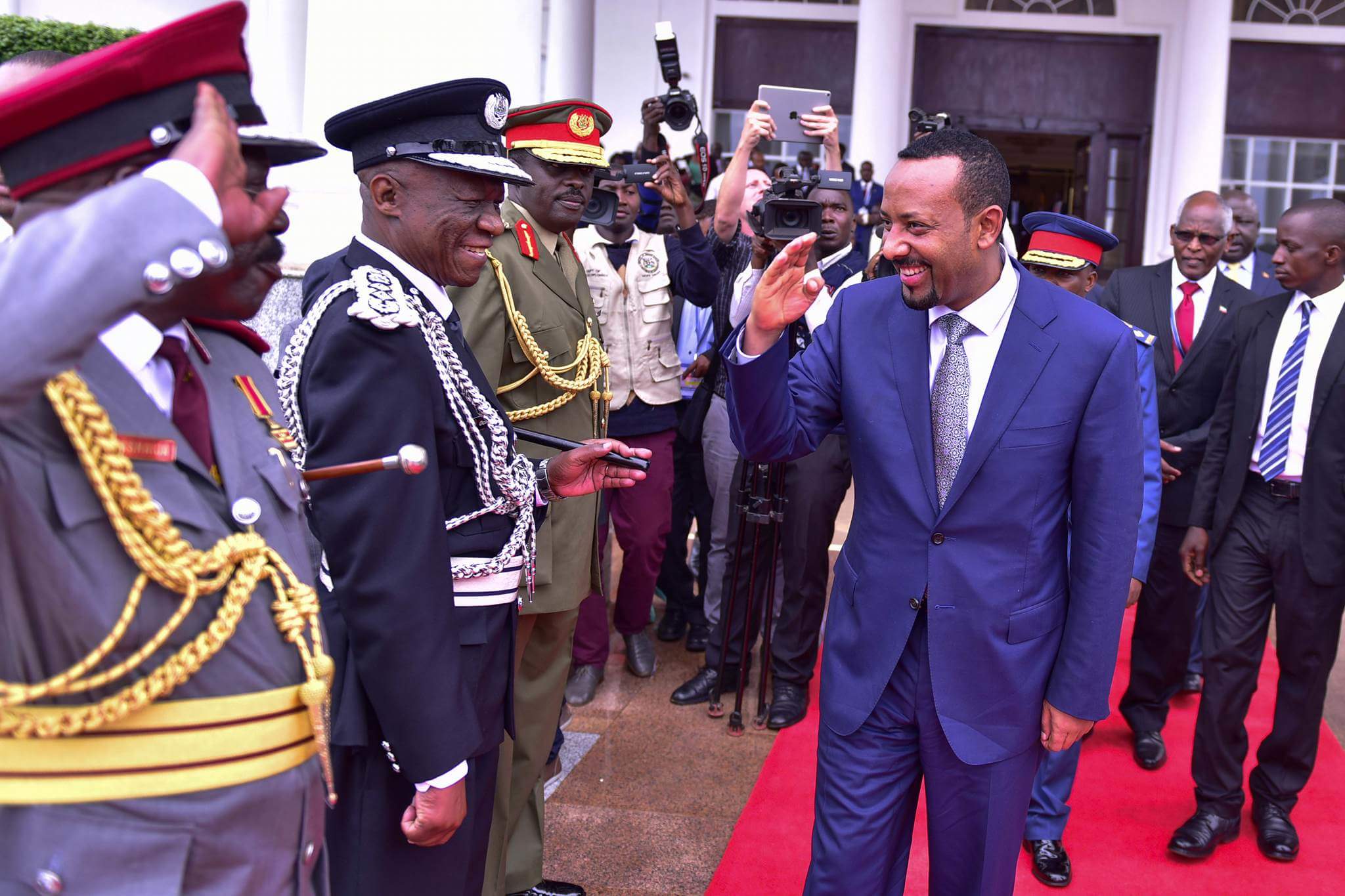