The Senior Presidential Advisor on Diaspora Affairs, Amb. Abbey Walusimbi has preached unity and patriotism among Ugandans living and working in Dubai assuring them of government support.

The ambassador made the call during a sideline meeting with Ugandans Community leaders in Dubai led by their President Abdulbasit Nsubuga at Marriott Al Mina Hotel in Dubai.

The engagement followed the 2021 Uganda-United Arab Emirates Convention jointly organized by the Ugandan Embassy to UAE and the Diaspora Community.

During the meeting, the community leaders in Dubai sought for the Ambassador’s intervention in solving a number of issues that affect their stay in the foreign land including betterment of conditions of work, negotiating better contracts among others.

The Ambassador promised to table all the issues highlighted to President Museveni who will in turn work towards solving them.

Earlier during his speech at the convention, Amb. Walusimbi urged traders to take advantage of the increasing demand for Uganda’s organic food, milk, fruits, fish, cotton, tea, coffee and labour force which will bolster Uganda’s socio-economic and development. 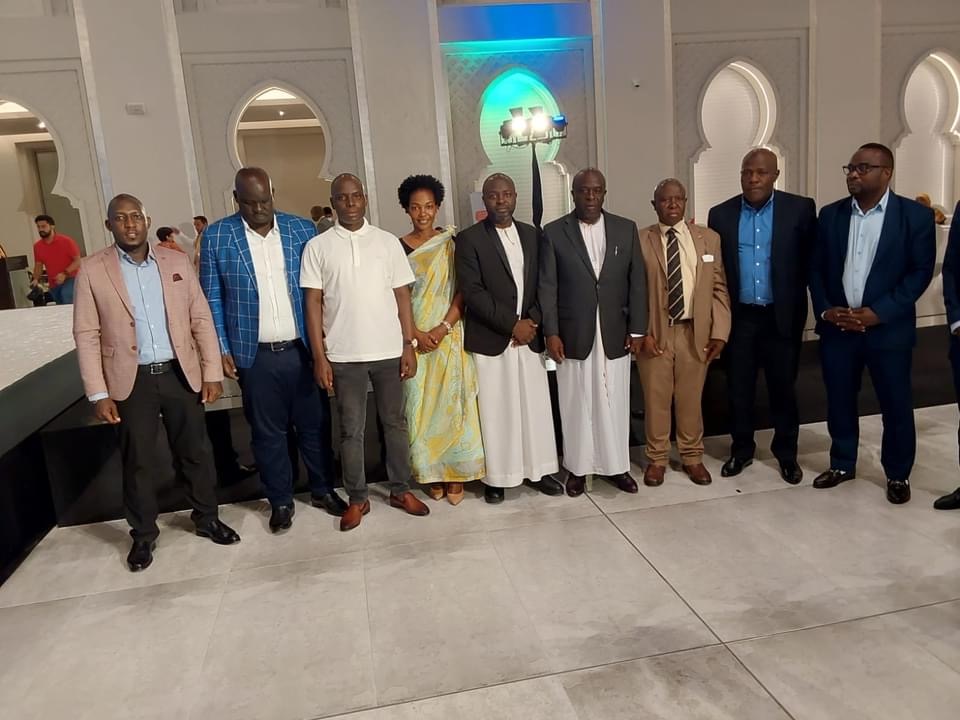 Walusimbi said that government will facilitate Ugandans who are interested in raising to the challenge to exploit business, trade and investment opportunities that exist in UAE and surrounding Nations.

The Uganda-UAE business convention was aimed at sharing opportunities that benefit UAE, Uganda and Africa in general.

He tasked every Ugandan to take it upon themselves to market Uganda as a boiling point of opportunities, a development he says will attract more investors into the country.

“The whole world celebrates our hospitality, our culture, our unique climate, the fertile soils, the exceptional tourism potential, our peaceful environment and enabling laws for business and security. Yes; the Diaspora have known the challenges of working far from home: But, we must work well to make our partners satisfied and tap from their resources that can help us expand our economy so that we are able to secure our future; and you have this opportunity now,” Walusimbi said.

The Ugandan Ambassador to the UAE Kibedi said that the Gulf Countries are a region of focus and commitment for Uganda going forward.

He revealed that, “Various destination marketing activities are being conducted in the region to make Uganda more accessible for travelers and travel agents alike, to ensure that Uganda becomes a ‘bucket list’ holiday destination that doesn’t disappoint.”