The three lions lie on the ground after they were darted by vets into anaesthesia.

Three lions that had strayed off from Queen Elizabeth national park have been recovered and successfully returned to their habitat.

The Uganda Wildlife Authority (UWA) reported that it had successfully conducted an operation in Kasese district to return the three lions to the park on January 3.

The predators, all males had wandered off into the community in Kiyenge village, Kabirizi parish, Lake Katwe sub-county in Kasese district.

UWA said in a statement that the operation was aimed at capturing the lions that had strayed outside Queen Elizabeth National Park and translocating them back to park so that they don’t cause any danger to the neighbouring community.

The lions were fitted with a satellite collar and Hip with a Very High Frequency (VHF) in 2018 to monitor their movement in a bid to address the lion – human conflict that is rife at the interface.

The satellite collars take fixes every two hours and enable our teams to know at any one day where the lions are moving.

The rescue team was comprised of UWA rangers, staff of Uganda Carnivore program (UCP) and Wildlife Conservation Society (WCS) who tracked the lions using the VHF signals to know their exact location.

The process of capturing them involved luring them with a bait of buffalo legs and recorded sounds of prey animals including warthogs, hyenas and buffalo calf were played.

These calls lured out the lions to the set bait from where a darting vehicle was positioned nearby.

When the three animals fell for the bait,  veterinary doctors already stationed in area darted them with special guns using anaesthesia which forced them into sleep.

The lions were then transported back to the national park under the close watch of our veterinary doctors who kept monitoring vital signs throughout the journey to ensure the eyes were closed, the lions were breathing and well positioned.

On Friday, the lions were released at Kasenyi plains which is near their natural area.

“This is the true conservation spirit; we have conservation heroes who put their lives at risk to save wildlife and also protect the communities”, said Mwandha.

Mwandha said that UWA will continue to embrace technology which enables quickertracking of animals for purposes of monitoring the movements so that they can be easily prevented from going outside the parks and disturb the communities.

He added that with increased use of technology, such operations will continue being undertaken as one of the ways of minimising Human Wildlife Conflicts.

Wild animals including those as dangerous as lions straying off from national parks is not a new phenomenon in Uganda. Such animals pose a serious risk to the live of people living in the neighboring communities or even their livestock.

Early last year, eleven lions including 3 mothers and 8 cubs were discovered dead at Hamukungu fishing village in Queen Elizabeth national park after  they were poisoned by an aggrieved pastoralist after the lions killed his cow.

The lion population in Uganda is on a steep decline with about 90 lions left in Queen Elizabeth park and a total of 400 in all Ugandan parks. 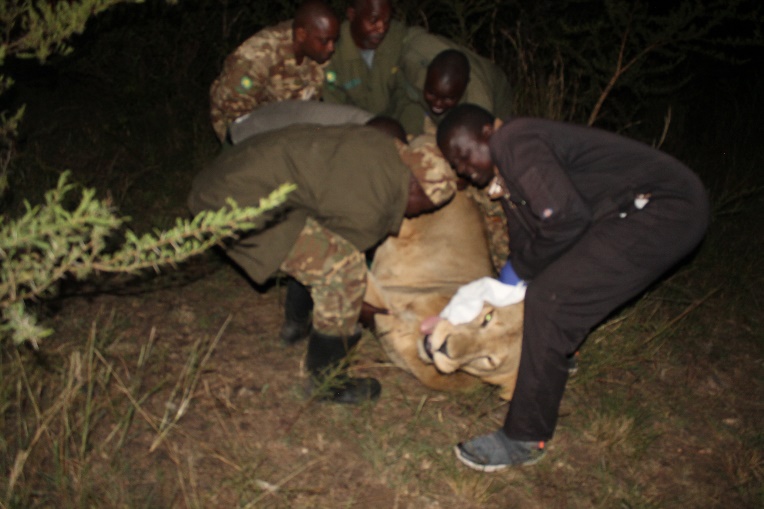 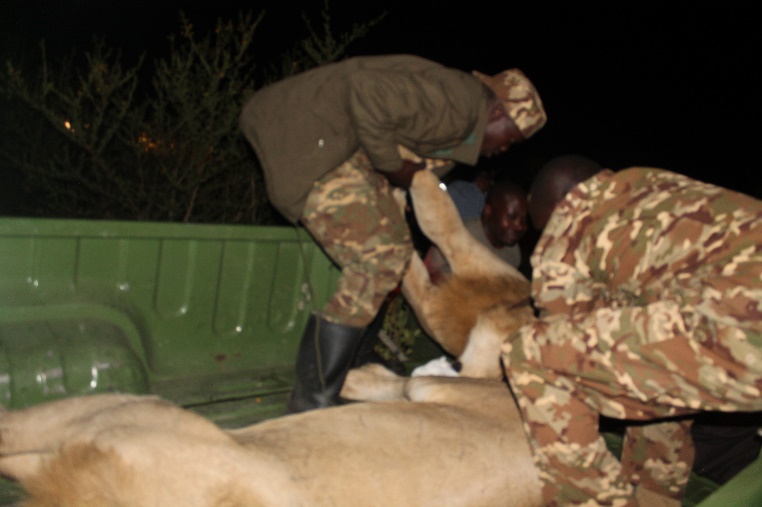 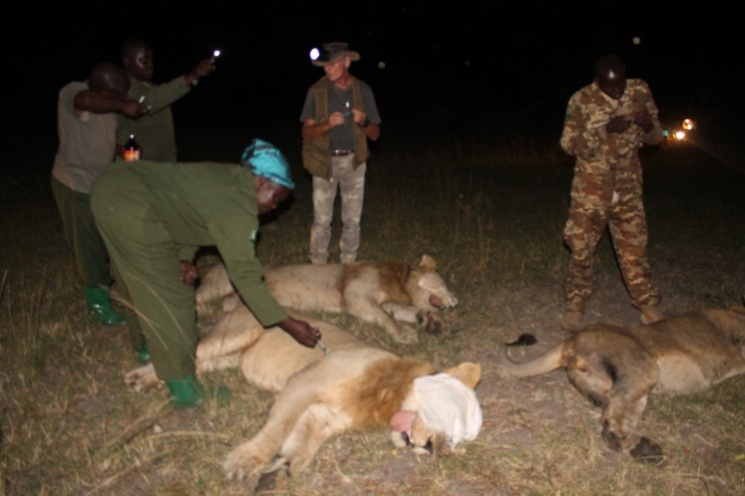