PSFU Board Vice-Chairperson, Hon. Victoria Sekitoleko (R) and PSFU Board Member Sarah Kagingo (L) taste one of the wheat substitutes during the showcase at Protea Hotel in Kampala

Private Sector Foundation Uganda (PSFU) has said the cost of production is failing local producers and processors of food products.

This was revealed by Hon. Victoria Sekitoleko, Vice Chair of Private Sector Foundation Uganda (PSFU), during a dialogue held at Protea Hotel in Kampala on Wednesday.

“We are not the government, we are Private Sector Foundation Uganda and our job is to bring together the private sector, work with them, help them grow and bridge the gap with the government,” Hon Sekitoleko said.

“Today, we want to listen to each other and exchange views and learn who needs what so that we have all the information in one place. This will help us use this information to help everyone,” noted the former Agriculture minister.

According to Hon Sekitoleko, what has been failing local producers and processors of food products, especially substitutes for wheat, are high costs of production.

She said cited the case of URA “squeezing the private sector with taxes” and failing young factories from taking off.

“When someone squeezes one of you, they are squeezing PSFU. If someone doesn’t do something about URA, PSFU work will be wiped out. Now I’m sure they are watching who is here so they can come and tax you,” she said. 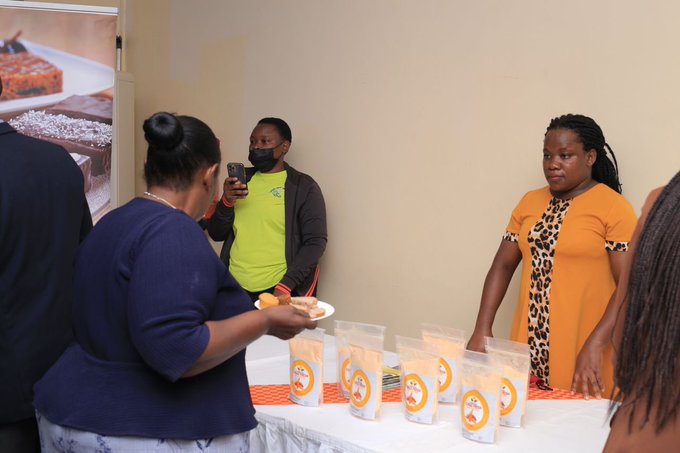 “We paid for that building (URA Tower in Nakawa) which they sit in with our taxes. If we don’t work together, they will harvest us one by one and send us to jail,” Hon Ssekitoleko pointed out.

According to her, when a young factory starts, URA should work with them for at least two years to help them learn the taxation process after which they can start to pay taxes.

“But they (URA) just run after you, arrest you and parade you for neighbors to see. URA doesn’t care. URA should stop sitting in that building we built for them but go on the ground and work with small-scale producers instead of just arresting and imprisoning them.” 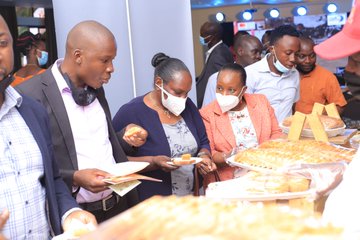 “Umeme is so annoying. Electricity is very expensive. Electricity is not just expensive but also inconsistent. You heard a factory owner who said they ceased production because of power outages. Power blackouts lead to losses. We need a steady supply of electricity that is affordable.”

She advised cassava producers to create a platform for better representation. 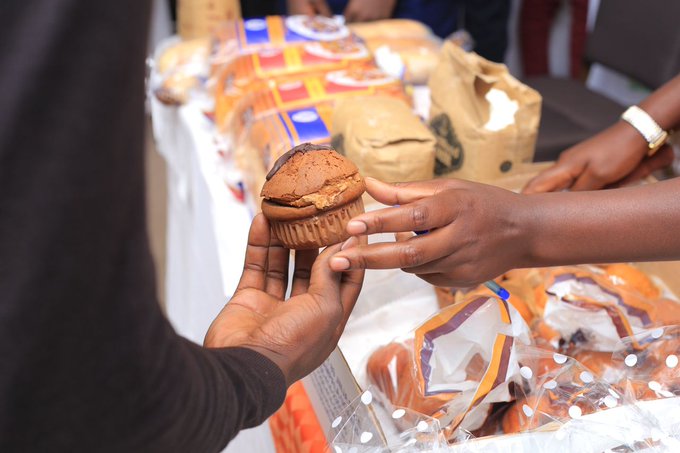 “Be under a platform. It makes talking easier. It is the dream of PSFU to have a clear platform for each group of processors. When we have issues, we can all come together and address them.”

On the issue of increasing wheat prices, she suggested substituting wheat with local alternatives.

“We are telling Ugandans to open their eyes…that we are gifted with alternatives like cassava, pumpkins, sorghum, matooke, millet, etc. When it comes to eating, health is paramount. These alternative flours are healthier than the wheat which we have been accustomed to. But our call to Ugandans is to never say ‘it can’t be done’. Don’t just give up.” 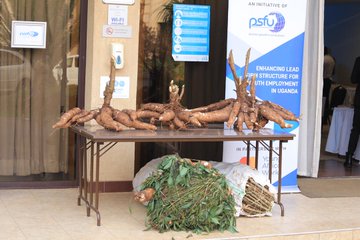 “PSFU will stand in between that gap and say (to the government) if you want a solution, be part of the solution. Our approach is value chain by value chain. As producers of cassava and processors, we need steady buyers. If buyers are ready to buy, farmers will produce,” Hon Sekitoleko stated.

Speaking at the same dialogue, Eric Sempambo, PSFU Investment Specialist – Business Environment, said wheat production in Uganda is at 25 metric tonnes and that at the turn of the century, the value of wheat has increased from $40m to $150m per annum.

“We live in a country where 90% of the wheat we consume is imported. 53% of this is from Russia and Ukraine where there is a war that has caused a shortage,” noted Sempambo, adding:

“The value of imports of wheat has increased to an average of USD 150 million per year over the last 4 years to USD 40 million at the turn of the century.”

He said over the last six months, prices of wheat have doubled and the forecast of the Bank of Uganda is that this will continue till 2023 which means that the opportunity for import substitution is great.

“Every economic shock yields opportunities especially through research and development. How do we harness that? How do we ensure that the required volumes are achieved?”

He said one of the substitutes is domestic production and blended products.

“There is a challenge of competitiveness of locally produced wheat. How do we produce wheat at a lower price than imported wheat? The other opportunity is blended products. For example, a mixture of wheat and cassava flour.”

On the sidelines of the dialogue, different youth innovators involved in the production of wheat substitutes and blended products, which are some of the proposed solutions to the wheat shortage, showcased their products.

One of the lead firms Windwood Millers based in Lira is engaged in cassava flour processing supplying confectionery industry players like Hot Loaf Bakery.

Winwood Millers sources cassava from over 1,500 farmers in Lango sub-region of whom 70% are women.

Initially, they sold cassava stems but now they are involved in the manufacture of a variety cassava products i.e cassava flour, starch, cassava cakes etc.

Gluten is a protein found in wheat, barley, rye and triticale (a cross between wheat and rye). A gluten-free diet is an eating plan that excludes foods containing gluten.