The UPDF Chief of Defence Forces (CDF), Gen Wilson Mbandi met his counterpart of the Democratic Republic of the Congo (DRC), Chief of General Staff, Gen Munsense Celestin over the “Implementation of the Status of the Forces Agreement (SOFA)” at the Office Building of the Governor of Ituri Province in Bunia, DRC.

The two Chiefs met to review and evaluate the progress of the UPDF-FARDC Joint Operation “Shujaa” in DRC in the Eastern Province of Ituri and North Kivu province against the Allied Democratic Forces (ADF) that was launched on 30 Nov 2021, with a view to make improvements during the rest of the operation.

The evaluation meeting came after the Status of the Forces Agreement (SOFA) between Uganda and DRC that was signed in regard to Operation Shujaa (Joint UPDF-FARDC operation in DRC) by the Ugandan Defence Minister Hon Vincent Ssempijja and his counterpart His Excellency Dr Gilbert Kabanda Kurhenga on the 30th, January 2022 at Protea Hotel-Skyz in Kampala-Uganda.

The evaluation meeting which was held in an atmosphere of friendliness and frankness, noted the essence of the urgency in resolving the insecurity prevailing in the province of Ituri. 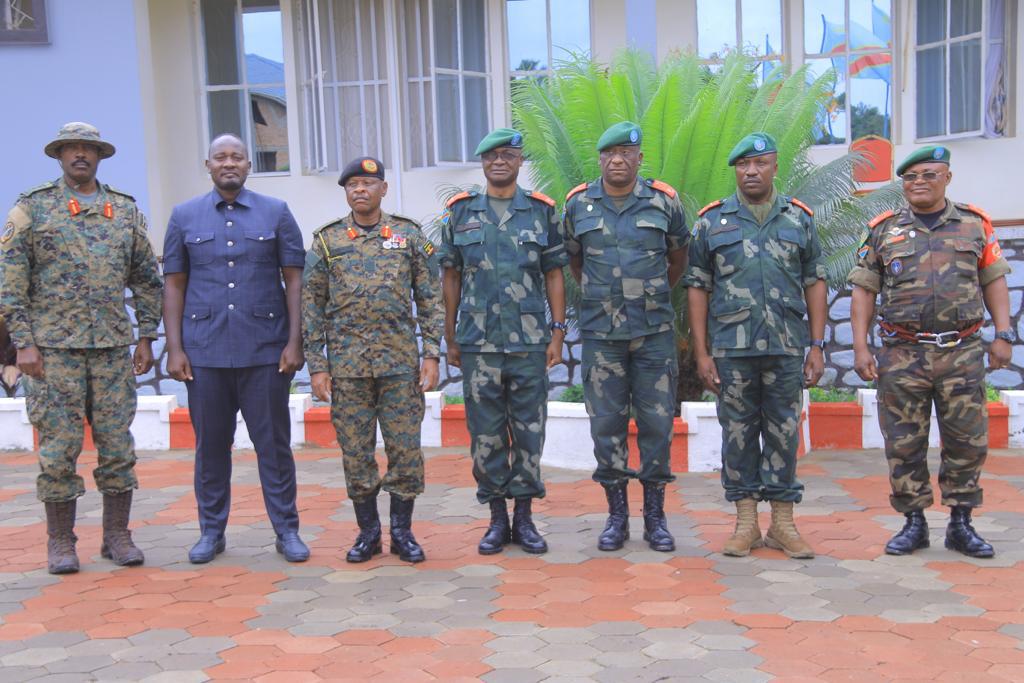 The meeting observed that since the launch of Operation Shujaa phase 1 on November 30, 2021 and phase 2 on February 8, 2022 in Eastern and North Kivu DRC, the following have been achieved but not limited to:

Good behavior and military discipline has been exhibited by the two forces, dismantling and control of all ADF strongholds (Kambi Ya Jua, Mapipa, Belu 1 and 2 and Zunguluka) by the Joint Forces, the return of the Internally Displaced persons(IDPs) to their homes in the liberated areas, the launch of the Haibale- Burasi ferry on river Semuliki and the drilling and establishment of water points in the area of operation as well as medical support to the local population.

The meeting stressed that the next phase of operation Shujaa will focus on; neutralizing the enemy’s freedom of action and movement, hindering its recruitment and training drive, disconnecting the enemy’s communication and coordination network with other negative forces in the region, cutting off the enemy’s supply routes, securing more liberated areas thereby protecting civilians and enabling IDPs to return to their homes.

The next phase will also include ensuring the safety of road works on Kasindi-Beni-Butembo and Bunagana-Rutshuru-Goma roads among others.

The need to take into account the timelines given to operations in order to avoid prolonging the mission unnecessarily was equally emphasized. 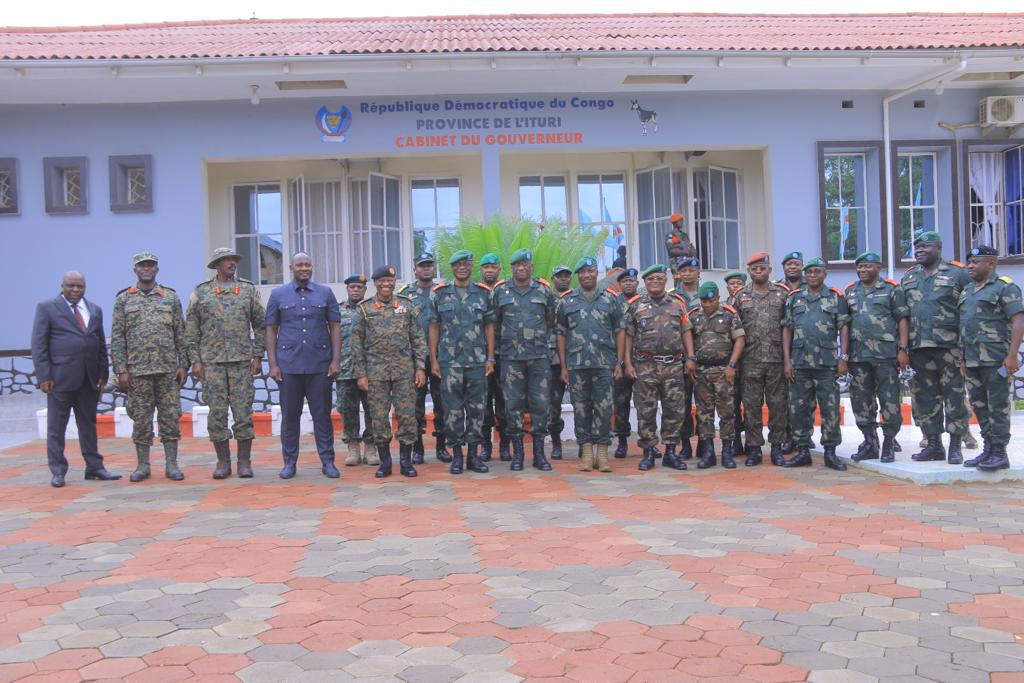