Achilles Brunnel Byaruhanga has won the Prince William Award for Conservation in Africa.

The annual Tusk Conservation Awards at London’s historic Hampton Court Palace recognised and brought together conservation leaders from across Africa.

This year’s celebrations, in partnership with Ninety One, not only celebrated the unsung conservation heroes of Africa but also marked the 10th year of the awards.

Hosted by broadcaster and author Kate Silverton, the prestigious event was attended by the charity’s Royal Patron, the Prince of Wales, who launched the inaugural awards in 2013.

Prince William took to the stage to honour the extraordinary men and women dedicated to the protection of Africa’s natural heritage and presented this year’s award winners with their trophies.

The winners at this year’s Tusk Conservation awards are:

Prince William Award for Conservation in Africa, sponsored by Ninety One – a lifetime achievement award, given to a distinguished individual for their outstanding dedication and exceptional contribution to conservation.​

When Achilles joined NatureUganda in 1994, the organisation had 14 members. Today, it is Uganda’s biggest membership organisation, with 3,500 members and strong programmes on awareness, education, research and monitoring.

Achilles has also been instrumental in the identification of Important Bird Areas (IBAs). Thanks in large part to his efforts, Uganda’s wetlands are no longer wastelands but productive ecosystems for conservation, climate change mitigation and supporting local livelihoods.

Achilles Byaruhanga said: “Conservation is not an event. It’s a process that takes a long time and communities are crucial. We are connected with people. We see the overall power is with the people.”

Raised in Kenya, Ian Craig championed the formation of the first community-owned and managed conservancies in Northern Kenya. In 2004, he spearheaded the creation of the Northern Rangelands Trust (NRT), which has since grown to include 43 conservancies, covering 63,000km2, with growing populations of elephant and giraffe, as well as stable populations of endangered Grevy’s zebra. 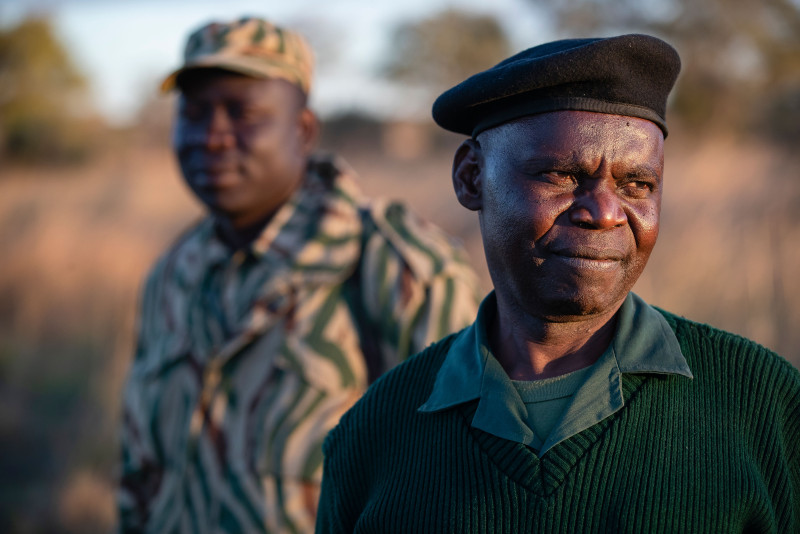 Ian Craig said: “It’s no longer a case of working with communities or bringing communities into conservation. It’s a case of keeping up with communities. Wealth and opportunity shouldn’t solely be in these big, protected areas. It needs to be on the other side, and that’s where NRT is going.”

The Tusk Award for Conservation in Africa, sponsored by Defender – this award recognises an individual judged to be an emerging leader in conservation achieving outstanding success in their chosen field.​

Under Miguel’s inspirational leadership across the last 12 years, Maputo National Park has changed from a free-for-all hunting ground to a landscape able to support thriving populations of wildlife and recovering ecosystems, both in the ocean and on land.

Miguel Gonçalves said: “Communities understand we can be important and that we are not here to create problems. We are here to solve problems.”

Tusk Wildlife Ranger Award, sponsored by the Nick Maughan Foundation – this award gives international recognition to the men and women who work in the field protecting wildlife in Africa on a daily basis.

For almost 40 years, Neddy has been fundamental in the creation of law enforcement strategies, significantly increasing arrests and reducing poaching, earning him his long-term nickname: ‘Neddy of Blue Lagoon’.

Neddy’s has been at the heart of improving tactics and working conditions, mentoring young rangers, and working with communities to build strong relationships and gather intelligence.

Neddy Mulimo said: “First and foremost, I believe I should protect other people and the wildlife around me. I accept the challenges presented to me. I know I should always find an answer to the problem. If these animals are not taken care of and left to these selfish men who shoot them for money, for sure, in generations to come we’ll have no animals.”

Each of the four winners received a trophy specially crafted by Patrick Mavros, and all finalists received grants totalling £345,000 to continue their vital work.

Speaking about the four winners, Charlie Mayhew, CEO of Tusk said: “Over the last decade, we’ve had the privilege to recognise some truly inspiring African leaders in conservation. This year is no exception. Our sincerest thanks go to Achilles, Ian, Neddy and Miguel, as well as our finalists David and Dismas, for all they do to protect wildlife, preserve landscapes and strengthen communities.” 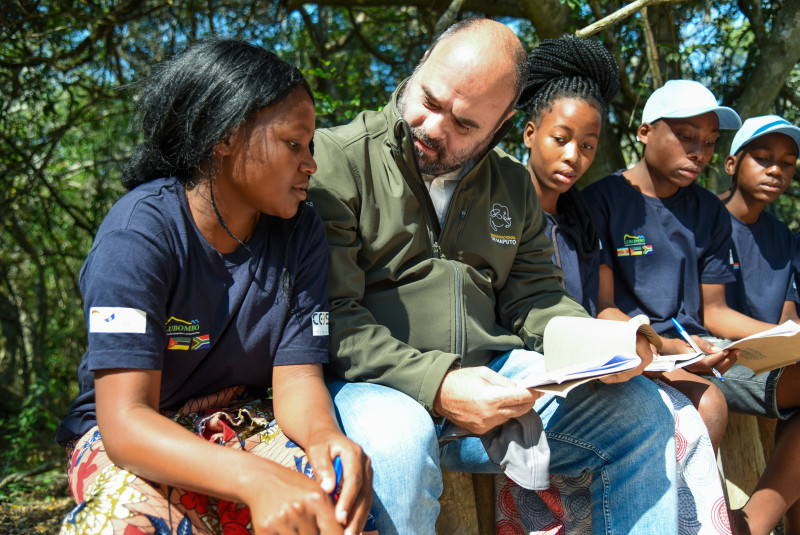 Hendrik du Toit, Founder and CEO of Ninety One, said: “Congratulations to each of the winners. Their unwavering commitment to conservation plays a vital role in preserving Africa’s endangered environments and species.  It has been our privilege to partner with the Tusk Conservation Awards for the past ten years, and by honouring the efforts of these incredible men and women we hope to encourage more people to get involved in conservation.”

The Prince of Wales addressed this year’s nominees and winners saying: “As Sir David Attenborough reminded us at this ceremony five years ago, Africa’s wildlife is truly special. What the Awards alumni, their dedicated teams and local communities are protecting is ‘one of the great natural treasures of the world’. And yet, we also know that it is just a fragment of what there once was. That is why it is vital that we do everything in our power to halt the frightening decline in species that our planet has witnessed over the last 50 years.”

Also in attendance at Hampton Court Palace were famous faces including Katherine Jenkins who performed at the ceremony, as well as Tusk Ambassadors Rory Bremner, Jack Savoretti and Levison Wood.

The awards’ 10th year comes at a critical time for conservation.

Distributed by APO Group on behalf of Tusk.