State Minister for Tourism, Wildlife and Antiquities, Godfrey Kiwanda, has revealed that Uganda aims at increasing the number of tourists who visit Uganda from outside countries from last year’s two millions to three million in 2019.

Kiwanda who was speaking in a press conference, also attended by other tourism partners, at Golden Tulip Hotel in Kampala on Tuesday, highlighted that despite the different constraints and challenges, the sector registered several achievements in the previous year including an increase in the number of tourists from abroad, which he said increased the country’s foreign exchange earning.

He noted that the death of 11 lions in Hamukungu, Queen Elizabeth National park and the Lake Victoria boat cruise tragedy in November, threatened the sector, but was quick to add that the sector’s resilience and strength enabled them to recover.

“The year 2018 has been particularly transformational and the sector has registered strong achievements as we work towards consolidating our position as the Pearl of Africa,” he said.

“We are proud to report thriving lion prides in the national parks and a growing confidence in our water based tourism as evidenced by the large numbers of travellers that visited Kalangala over the Christmas season,” he added.

He said the Ministry has now embarked on further conservation and protection of national parks and enhancing water safety.

He cited the naming of Kidepo Valley national park as one of Africa’s top national game parks by CNN as well as the naming of Uganda as one of the top destinations of 2019 by National Geographical and Fodors Travel last year. He said the recognitions symbolize the confidence the world has in Uganda.

He also recognized Quiin Abenakyo as one of the best tourism assets of 2018, after becoming the first Ugandan to make the Top-30 list at the Miss World contest. She would later finish third overall winner and be crowned Miss World Africa.

The Minister also revealed that government invested in destination marketing internationally focusing on USA, UK and Ireland, which has greatly promoted the sector. He says in 2019, Saudi Arabia, China and Japan markets are to be added on the list.

On the ‘Tulambule’ drive, the Minister said government saw it wise to equally promote local tourism which he says has enabled most Ugandans to appreciate and admire their country.

Tourism is Uganda’s leading foreign exchange earner and according to statistics, the country earned $1.4 billions.

This year’s tourism sector theme is “Sharing our story in order to achieve bigger tourism numbers through the digital Transformation era 2019” and the slogan is “Let’s tell our story well”.

However, the statistics cited by government have revived a long standing debate especially from the private sector players on the authenticity of the statistics on the country’s annual arrivals. Some private operators consider the numbers to be exaggerated and not reflective of the reality on the ground.

The Ministry of Tourism relies on figures of visitors/arrivals provided by Uganda Bureau of Statistics (UBOS) and the Civil Aviation Authority (CAA). However the concern by some players is that these figures tend to broaden the definition of a visitor to include travellers who arrive in Uganda for other purposes.

A source from the Ministry told this news website that the tourist arrivals statistics for the previous year are delayed due to challenges with the biometric systems previously relied on for data.

The Ministry says efforts are ongoing to publish monthly tourism statistics by March this year.

The new approach to data collection will include stationing officers at border posts to capture data on a daily basis. 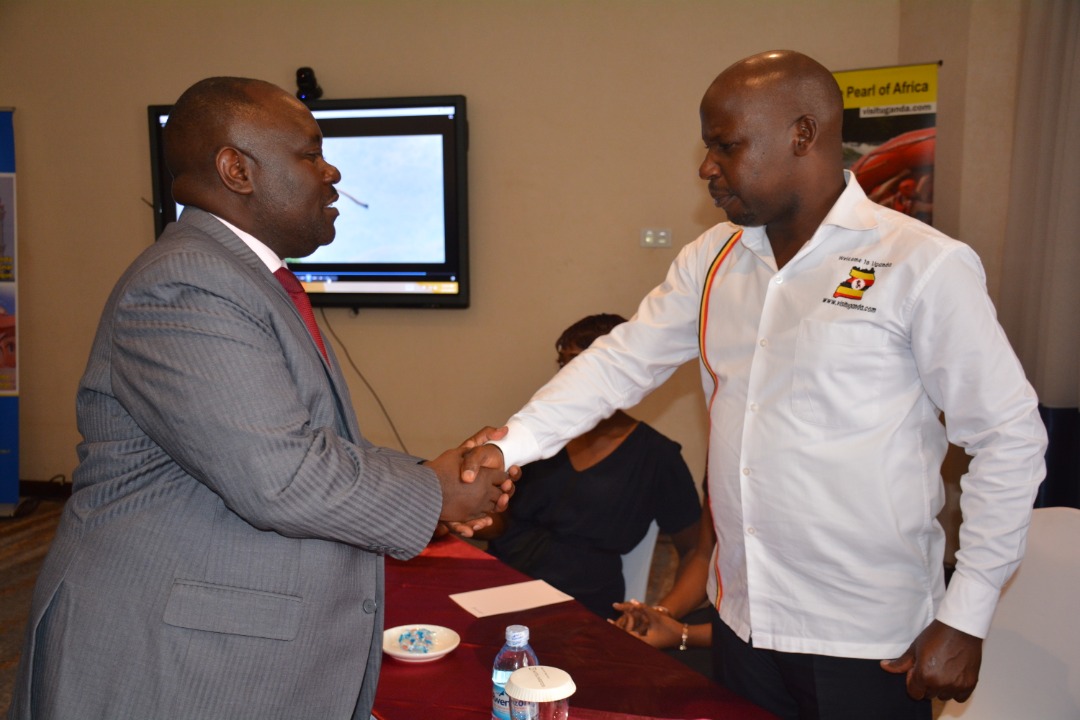