The High Commission of the Republic of Uganda in London has today officially launched the operationalization of a new e-Passport system at the Mission premises.

The High Commission is the first among Uganda’s Mission’s abroad to operationalize the new system.

In his remarks, Amb. Moto welcomed the Delegation officials led by Maj. Gen. Apollo Kasiita-Gowa and conveyed a message of gratitude to the Ministry of Internal Affairs particularly Directorate Citizenship and Immigration Control (DCIC), Ministry of Foreign Affairs and USPC for the enormous efforts in ensuring operationalization of the new e-Passport system commenced with the Uganda Mission London as the pilot.

The High Commissioner acknowledged that the new system would greatly reduce the time it takes to get a new passport processed and issued. 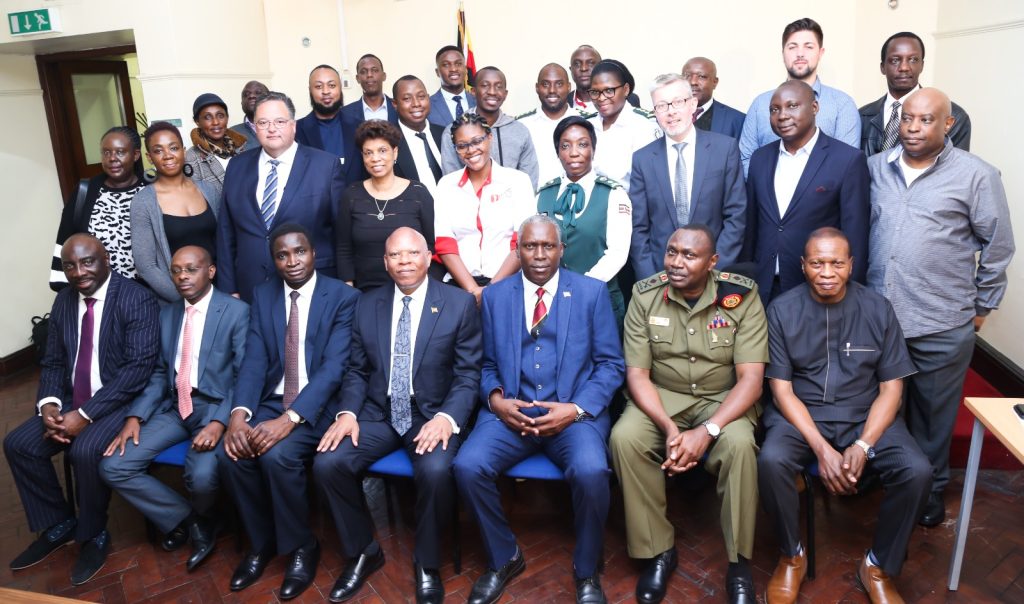 He further noted that the system comes into operation as the country approaches the deadline for phasing out of the Machine-Readable Passports (MRP) due on 4th April 2022.

Maj. Gen. Apollo Kasiita-Gowa, in his remarks commended Amb. Julius Peter Moto and the staff of the High Commission for their commitment to ensure that Ugandans living in the United Kingdom and Ireland and surrounding areas of accreditation are assisted and receive quality service.

The Director called on the Ugandan community in UK and Ireland to take advantage of the new system to apply for passports considering that after the deadline of 4th April 2022, the Machine-Readable Passports (MRPs) will not be in use. 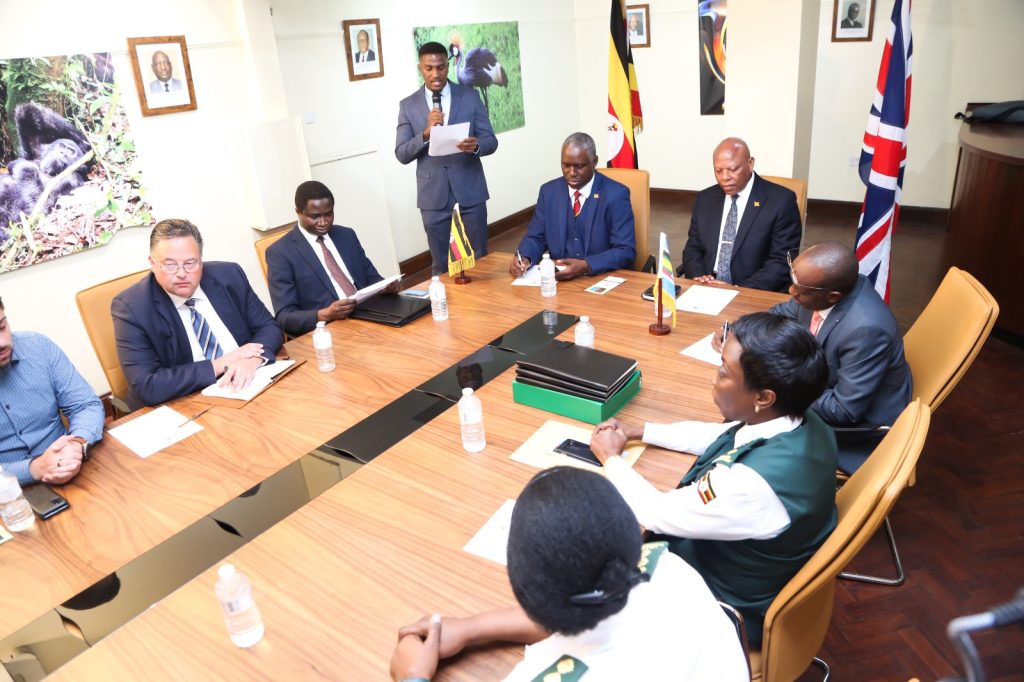 He further emphasized that MRPs will only be used by citizens returning back to Uganda but not to any other country.

Maj Gen. Kasiita Gowa also highlighted that the new passport system is designed to reduce the turn-around time in processing the passports to effectively serve Ugandans in the Diaspora.

A new Passport application Processing Center with biometric equipment was officially handed over to the High Commission by Maj Gen Apollo Kasiita-Gowa after which 10 applications were spontaneously processed using the new system.

Ms. Racheal Nabakemba one of the applicants was one of the recipients of the newly processed passports.