Details regarding the shooting remain scanty but he is feared dead.

Kampala metropolitan deputy police spokesperson, ASP Luke Owoyesigire confirmed the shooting at Kasengejj in Wakiso district. Owoyesigire had by press time said a team of detectives was rushing to the scene.

“The DPC (District Police Commander) and his team are rushing to the scene where the shooting happened. It is alleged that he was shot at his late brother’s home in Kasengeje,” Owoyesigire told SoftPower News.

“Am yet to get confirmation whether he is dead,” Owoyesigire noted before promising to provide details later.

Kagolo’s brother was also killed last week after being kidnapped. Kagolo announced the brother’s death and burial program on facebook. He was also one of the witnesses in court. 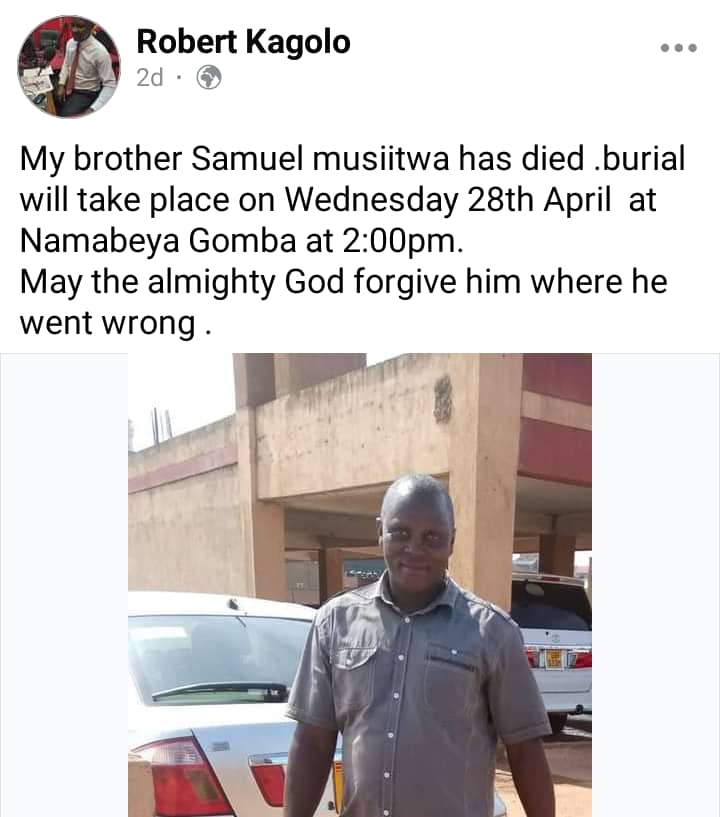 Reports say that at the time of his shooting, he had returned the orphans home.

Steven Dunstan Busuulwa, a journalist, says he talked to Kagolo yesterday and the deceased narrated how his brother was murdered.

“Kitalo (It is a pity). I talked to him yesterday as he narrated to me how his brother was abducted and finally killed,” Busuulwa said.

Kagolo is a former president of the Uganda Journalists Association (UJA) and has been working with UBC’s Star FM.