On Sunday, protestors in thousands armed with Ethiopia national flags and placards, sung songs of liberation as they marched to Meskel Square and other streets. Words written on placards described several international media as fake and working for TPLF, a group declared as terrorist by Ethiopia's parliament, to disintegrate the ancient nation.

Some of the protestors holding placards expressing dissatisfaction with some international media.

Hundreds of thousands of Ethiopians have Sunday thronged Meskel Square in Addis Ababa and streets in major cities of the country denouncing what they call false propaganda and fake news by the international media on the current situation in Tigray where regional security forces (TPLF) have for a year now fought against the national defense forces (ENDF).

The ongoing fighting was sparked by an abrupt attack on military bases in Tigray by TPLF which ruled Ethiopia for 27 years, on November 3 last year, when they gruesomely murdered thousands of ENDF soldiers with an intention of breaking the chain of command of the Defense force, acquire over 80% of the national army’s possession, which was in the region, and forcefully regain power.

Since then, the international media has painted a narrative as though the Ethiopian authorities orchestrated the ugly developments in Tigray. It has alleged arbitrary arrests, detention and genocide by the Abiy-led administration.

It has also repeatedly claimed that the Ethiopian government is starving its own people by allegedly blocking humanitarian aid access to Tigray.

Such reports are what Government and the people of Ethiopia have consistently regarded as false thus appealing to the international media to desist from twisting facts and report what is on the ground.

“Orchestrated media propaganda against Ethiopia is escalating. Once notable entities regurgitating a biased narrative. Integrity in reporting has not been under such threat and anyone who believes in accurate reporting should be concerned. Despite it all Ethiopia will overcome,” wrote Billene Seyoum, Abiy’s Press Secretary on Twitter.

“The overly alarmist narrative of international mainstream media on Ethiopia while disappointing is not at all surprising. Sensationalism no doubt sells. Yet perpetuating terrorist propaganda as truth from offices far off and detached from the ground is highly unethical,” she added.

On Sunday, protestors in thousands armed with Ethiopia national flags and placards, sung songs of liberation as they marched to Meskel Square and other streets. Words written on placards described several international media as fake and working for TPLF, a group declared as terrorist by Ethiopia’s parliament, to disintegrate the ancient nation.

Many wondered why international media would opt to act as TPLF’s mouthpiece and amplify its selfish agenda of forcefully acquiring power, against the State and the entire population of Ethiopia.

“Ethiopia first and we are ready to defend it,” one of the protestors said as relayed on national television. “What CNN and other western media outlets are disseminating about Ethiopia is very far from the truth on the ground. They want to see Ethiopia being colonized, but Ethiopians refused that,” he added.

“The Washington Post, New York Times, CNN, PBS, NPR, The Guardian, and the BBC were notable propagandists. Remember the weapons of mass destruction that started the Iraq War and the chemical weapons in Syria? Genocide in Libya? They were all in on it,” another person wrote in support of the protests.

A joint investigation team of Ethiopian Human Rights Commission (EHRC) and the UN office of the High Commissioner for Human Rights this week dispelled allegations of genocide in Tigray but blamed both sides for violating human rights.

The two bodies established that the claim of genocide is false and utterly lacking of any factual basis. The report states that they did not find evidence to support the claim of deliberate or willfully denial of humanitarian assistance to the civilian population in Tigray or the use of starvation as a weapon of war.

Meanwhile, thousands of Ethiopians across the country on Saturday responded to calls to join the Ethiopian National Defence Forces. They were seen queueing in large numbers at recruitment centres in Addis Ababa and other cities to be enlisted into the army.

The protestors have today reaffirmed that they will voluntarily join the national security forces to defend the sovereignty of their country. They have also expressed their support to government and its measures against TPLF.

For starters, TPLF is said to have brutally ruled the country for 27 years from 1991. During this period they reportedly plundered Ethiopia into multi-faceted and complex social-political, security and economic problems including politics of ethnicity.

In the spirit of saving the ancient and historical country from disintegration in the hands of TPLF, Ethiopians within and outside the country rose to the occasion and engaged in protests that forced the group out of power and ushered-in the current Prime Minister Abiy Ahmed through elections within the collation in 2018.

Abiy effected reforms aimed at uniting the country as well as ensuring the rule of law, while advocating for peace, reconciliation and healing to many of the country’s ailments.

The reforms were however openly rejected by TPLF group, since they meant loss of dominance over all aspects of political and economic life, as well as influence over military and security sectors.

Angered by the unexpected loss of the disproportionate influence and undue privilege TPLF leaders and its allies enjoyed while in power, they rejected the new leadership and its calls for reconciliation for the purposes of moving the country together.

Instead, they insisted on terrorizing civilian communities by saying “if we don’t hold the supremacy, and if it’s necessary, we could go down to hell to disintegrate Ethiopia.”

To the effect, they have since 2018 when Prime Minister Abiy Ahmed took over country’s leadership, retreated to Tigray and as part of their rejectionist attitude towards PM Abiy’s initiatives, the TLPF leadership in Tigray’s Capital Mekele increasingly called on Tigrayans (Members of Parliament, Federal Government Ministers, government officials) to ‘leave’ Ethiopian federal institutions and join them in Mekele.

They suppressed all political options including dialogue and calls for reconciliation and instead opted for military solution. They recruited, trained and armed more than 250,000 militia and soldiers.

They have since extended the war to neighboring regions of Afar and Amhara where thousands of innocent people including children and elderly have suffered all forms of abuse including killings, displacement, rape and using children as soldiers. 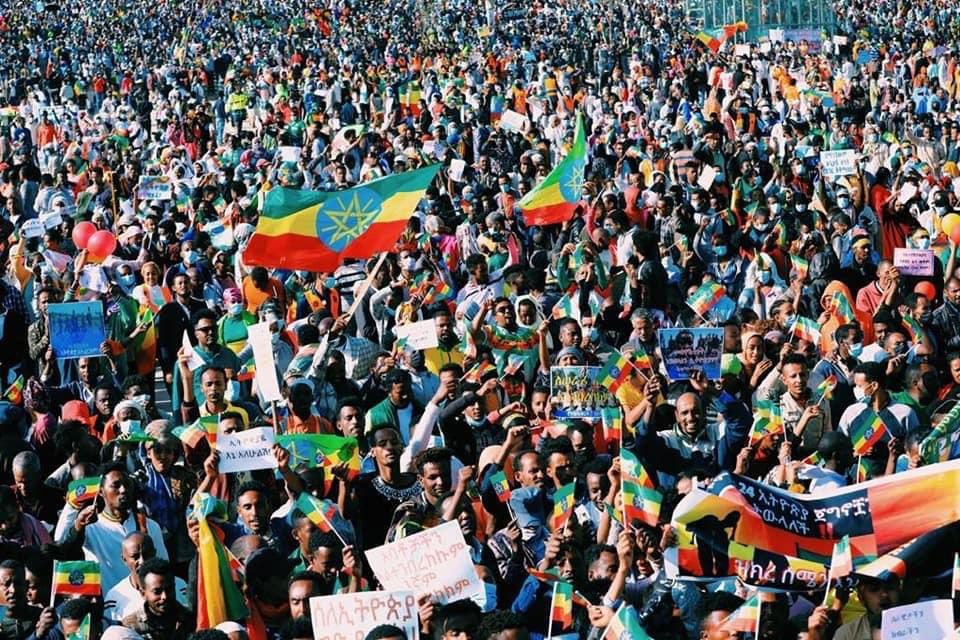 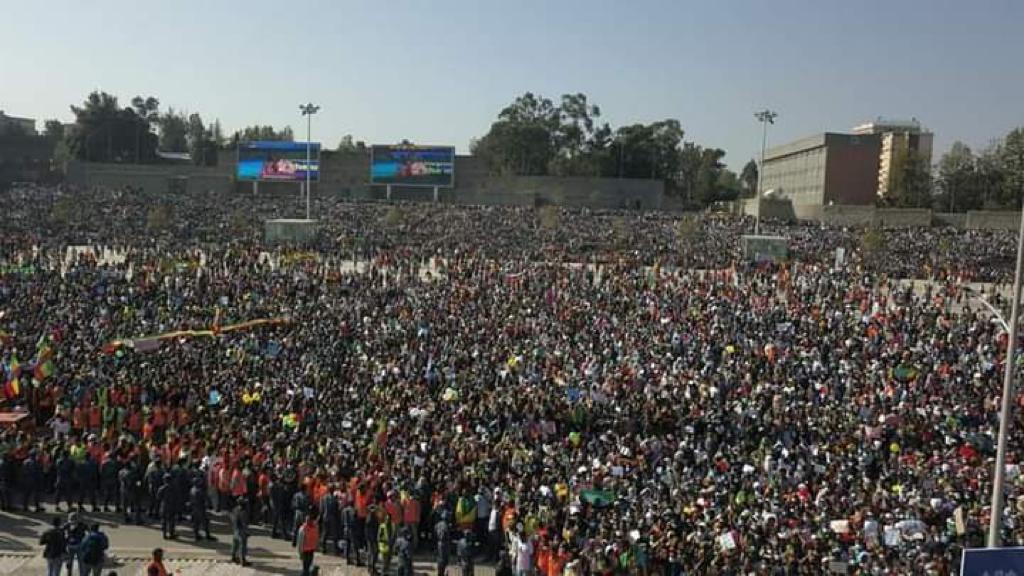