Adolf Mwesige, the outgoing Minister of Defence and Veteran Affairs has officially handed over office to Minister Vincent Bamulangaki Ssempijja.

Mwesige thanked President Museveni for the opportunity to diligently serve his country and support the Defence Ministry in its professionalization drive. He also thanked the State Ministers for their cooperation that enabled them steer the Ministry and UPDF forward.

He noted that Uganda is now free from insurgency and is an exporter of peace.

He called upon the incoming Minister to support the Army shop as it eases infrastructural operations of most defence personnel.

In his acceptance speech, Vincent Ssempijja thanked President Museveni for entrusting him to lead the defence ministry. He noted it as a very big test but God will help him deliver.

The Permanent Secretary of the Ministry of Defence and Veteran Affairs, Rosette Byengoma said the Ministry is unique as it combines both the military personnel and civilians so as to create harmony in executing the Ministry’s mandate. 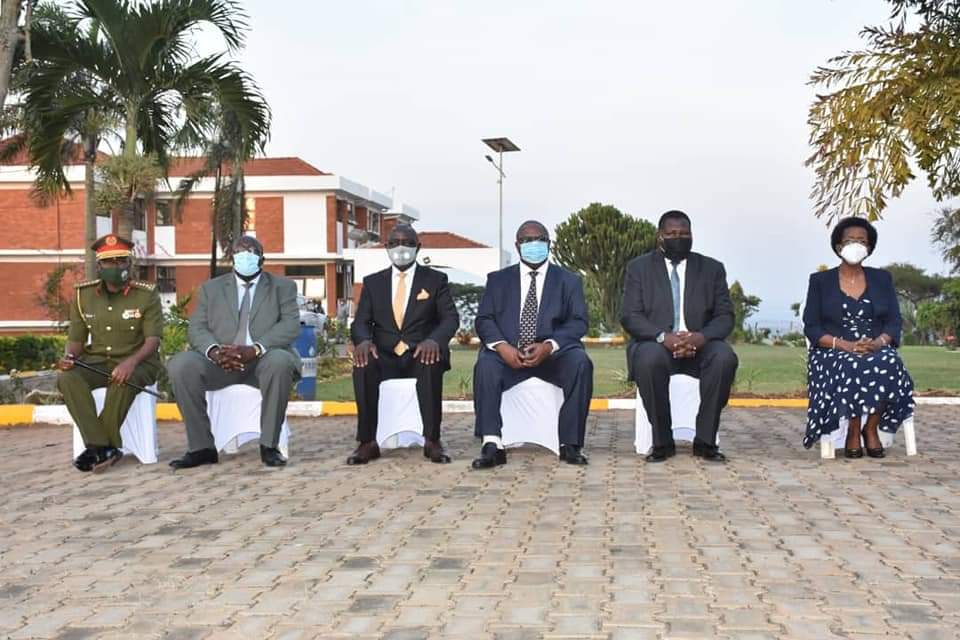 She thanked the outgoing political leaders for having taken the institution a notch higher in reducing the pension backlog and constructing various infrastructure projects like the UPDF National Referral Hospital.

The Chief of Defence Forces, Gen Wilson Mbadi said that the new Minister comes in at a time when there are huge budgetary gaps towards the professionalization journey of the UPDF that requires capacity and capability enhancement, welfare of the soldiers and infrastructure development.

He promised to offer support to the ministers as they continue planning and formulating policies aimed at strengthening the Ministry.