The joint security forces in collaboration with senior leaders have recovered twelve (12) guns from Kaabong District alone in Karamoja Sub-region in the last seven days of operations.

He noted that both forceful and voluntary approaches bring a total of 626 and 4,023 guns and ammunition respectively, and over 28,341 livestock recovered since July 2021 when the Operation was launched. Gen Balikudembe, who has since pitch camped in Kaabong District to oversee and direct the operations, remains optimistic and committed that more recoveries of arms and livestock shall be made in order to enhance security.

The UPDF’s 3 Division Commander commended the local leadership of Kaabong District for their positive efforts towards gun recovery from illegal hands.

He urged the local leaders to continue with mass mobilisation and participation in the ongoing disarmament operations aimed at creating a more conducive environment within Kaabong District and Karamoja Sub-region. 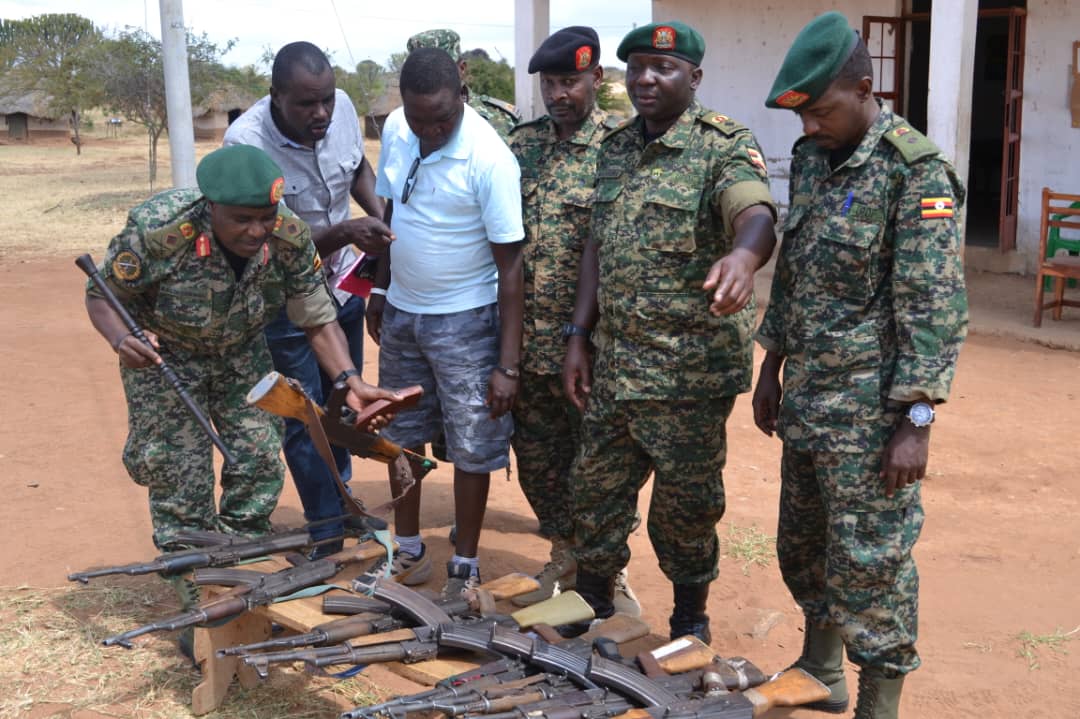 Gen Balikudembe asserted that some of the arrested suspects are subjected to further investigations and they will undergo through the processes of law to answer offences related to murder, illegal possession of firearms and livestock thefts.

“As a district we are mobilising and sensitising the communities against the dangers of illegal possession of guns,” he said. Hon. Lukut said that the district leadership denounces all forms of armed criminality.

He called upon the cattle rustlers (warriors) to desist from the vice and hand over guns to security forces voluntarily. Most recently, the senior commanders and leaders met in Kaabong District where they drew a number of strategies to curb internal and cross-border armed criminality.

As the rest of the areas are peaceful, Kaabong, Nabilatuk and Karenga Districts are in the spotlight and currently, the joint security forces are conducting operations.

The joint security forces’ commanders and local leaders are more committed to consolidating relative security and peace in order to totally pacify the Karamoja Sub-region.