The plane that skidded off the runaway at Entebbe airport

A commercial plane belonging to Rwanda’s national carrier RwandAir has skidded off the runway at Entebbe International Airport.

According to Vianney Luggya, the Civil Aviation Authority (CAA), the aircraft numbered 464 inbound from Kigali reportedly went off the runway on landing.

The incident happened Wednesday morning at around 5:31am due to bad weather. 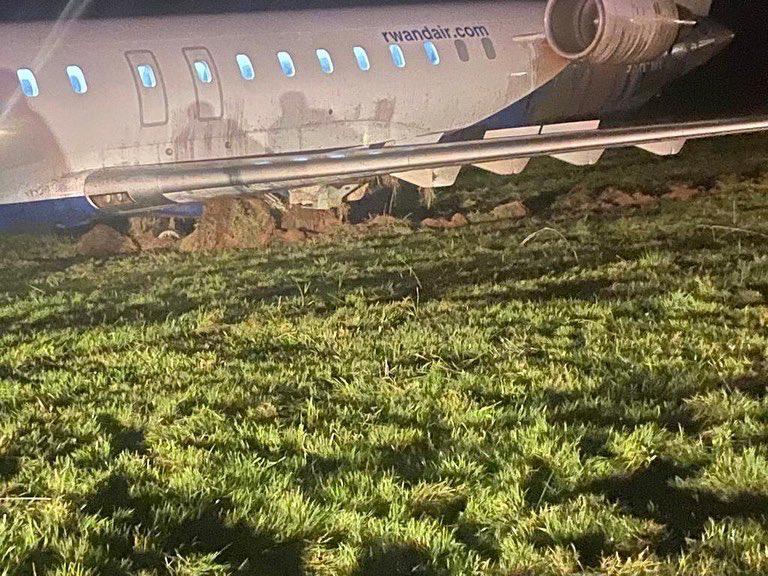 “A Rwanda Air CRJ 9 aircraft, flight number 464 veered off the runway on landing due to bad weather.”

He, however, noted that all passengers were disembarked safely and the situation is under control.

CAA confirmed that another runway is now in use for small and light aircraft as they continue efforts to remove the Rwandan aircraft from the runway strip for resumption of normal activity.

A statement by the Rwandan national carrier confirmed the development but noted that all passengers were fine.