Police in Kigezi region in partnership with Rubanda District Development Association have distributed an assortment of life jackets to residents that live along the shores of Lake Bunyonyi in Rubanda district.

The team from Rubanda District Development Association led by its Chairperson, Eng. Kafeza Aloysius together with personnel from Police distributed a total of 150 life jackets on Wednesday.

The donation was made in a bid to safeguard the lives of people in the local communities from losing their lives in boat accidents. The Police team was headed by the Regional Police Commander Kigezi, ACP Ecega Richard but also included the Regional Police spokesperson for Kigezi, Elly Matte.

Police tweeted on Wednesday that the RPC for Kigezi mobilized the community to provide jackets to the residents and they compiled.

“Jackets were given to three Primary schools i.e  Kyabahinga, Bufuka and Kifuka for the safety of children. Mobilization for more jackets from politicians, business community and civil servants still continues,” Police said.

This comes eight months since five people died at Kyanamukaka landing site when their boat capsized.

The five including a 29-year-old, 21-year-old and their children aged 9 and 8 months as well as a 20-year-old died in the accident. The five were using the local boat from Hamukaka landing village crossing to Karambo village where they always cultivate when strong winds blew the boat causing it to capsize.

Lake Bunyonyi is the deepest lake in East Africa after Lake Tanganyika in Tanzania. While people residing near the lake use it often for transport, using wooden canoes, there have been many incidents of deaths by drowning.

In November last year, a group of volunteers donated 240 life jackets, a motor engine boat and other materials to Bwama Primary School which is situated on one of the islands in Lake Bunyonyi. 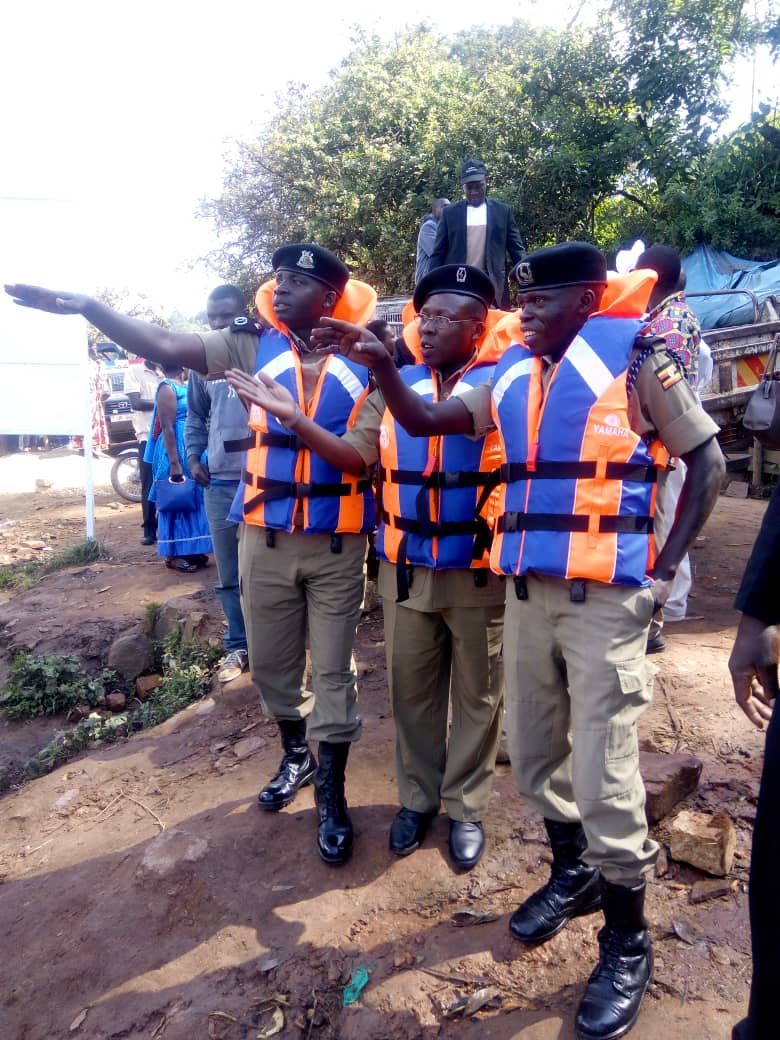