At least 34 people have been arrested by Police following the chaos that broke out in Arua town on Monday evening which resulted in the shooting of Bobi Wine’s driver.

“Police has shot my driver dead thinking they’ve shot at me. My hotel is now cordoned off by police and SFC,” Bobi Wine tweeted on Monday evening.

Police has revealed that the incident was preceded by rowdy protesters from aspiring MP, Kassiano Wadri’s camp who stoned the lead car that was part of the Presidential convoy.

Four hours after the incident, Police Spokesperson SSP Emilian Kayima issued a statement saying that Police was forced to intervene as protesters hurled stones at the convoy of the President.

“As candidates finalized campaigns at around 6:30pm, the President’s motorcade was attacked by hooligans at Prisons Cell in Arua municipality as the President left Boma grounds where he had held the last rally,” SSP Emilian Kayima said.

“One of the President’s lead cars was attacked and smashed by these hooligans that were donning colors of one of the contestants in this election, Mr Kassiano Wadri,” Kayima added.

According to the Police Spokesperson, security forces quickly intervened to calm down the situation which had become “riotous” as “many were pelting stones at the convoy of the President”.

“Unfortunately, during the scuffle, one person was fatally injured, a driver of vehicle Reg No UAT 416K, a Tundra. He is believed to be dead although doctors are yet to confirm that”.

Police says that the dead person is yet to be identified.

The Police Spokesperson revealed that earlier on Monday, as the President’s motorcade proceeded to Booma grounds for the rally, it was intercepted by a grader Reg No UAP 064R. Police says the motive of this grader was to commit a crime and that it was wrapped in the same colors as the people who later in the evening attacked the Presidential convoy.

Kayima condemned what he called “acts of violence that do not show how mature we are politically”. He said that the scene of crime has been secured and that a number of suspects have been arrested, although he could not state how many.

However, in a separate interview earlier, SP Josephine Angucia, the West Nile Regional Police Spokesperson told NTV Uganda that a total of 34 people including some MPs and several other people who are not residents of Arua are being detained following the incident.

We also understand that Mityana municipality MP, Francis Zaake is among those arrested.

SP Angucia also said that in the process of Police clearing the way for the President’s motorcade, it is possible that a stray bullet could have hit Bobi Wine’s driver and killed him. She said that investigations were ongoing to ascertain what exactly could have resulted into Yasin Kawuma’s tragic death.

“In the process, we can’t tell if it is this stray bullet which could have killed this person or not. We are still investigating”.

“We suspect it could have been a stray bullet in the process of clearing the way for the Presidential convoy, which could have hit the driver of Bobi Wine,” SP Angucia said.

Bobi Wine has for the last days been camping in Arua to drum up support for Kassiano Wadri.

Late on Monday, the Senior Presidential Press Secretary, Don Wanyama tweeted photos of one of the cars in the Presidential motorcade which he said was hit by opposition supporters.

“President @KagutaMuseveni car that was hit by opposition supporters this evening in Arua town. The police will issue a statement on this incident shortly,” Wanyama tweeted. 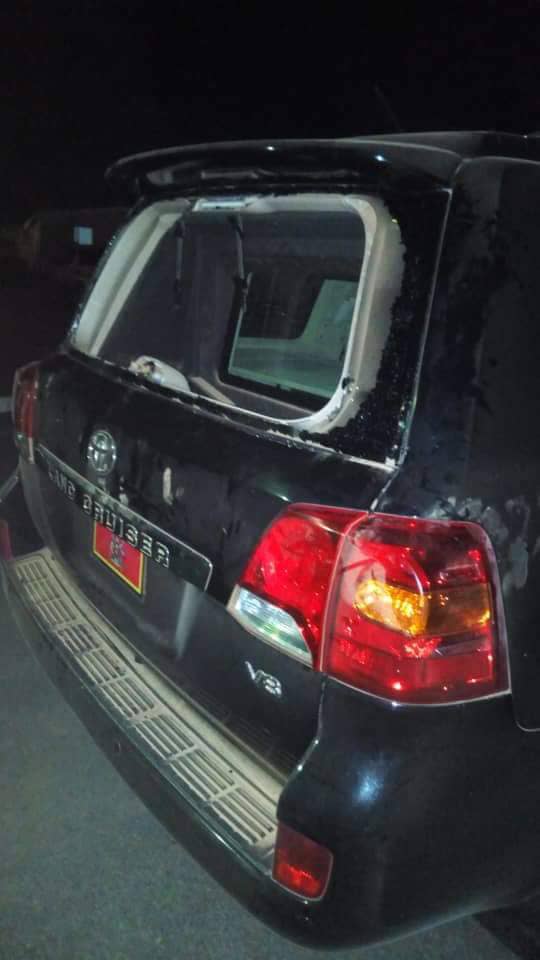 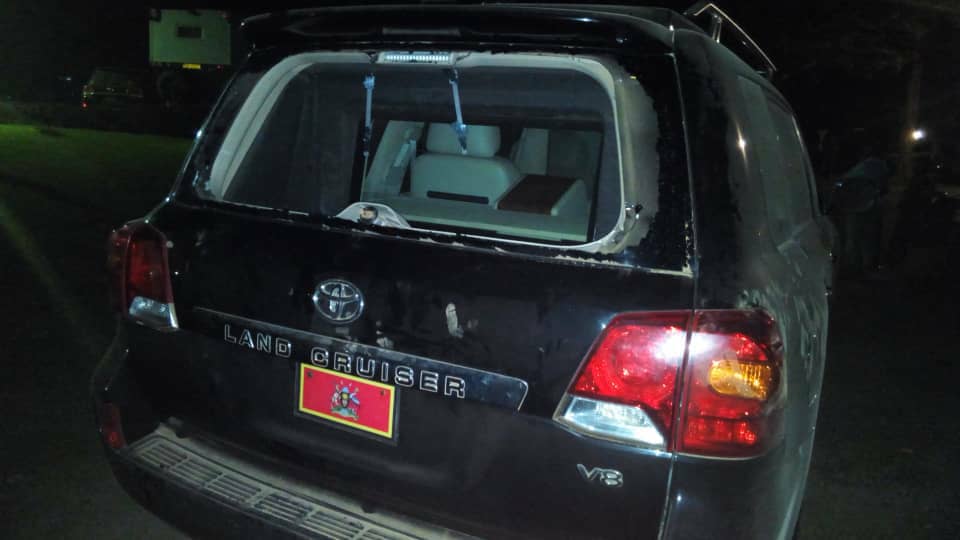