Naguru Police Kids Soccer Academy have finished in second place in the U17 category of the kids tournaments in Namutumba and Jinja after emerging victors in two of the categories.

The Police kids soccer academy won three trophies in the U11, U15 and U19 categories.

AIGP Andrew Sorowen, Police’s Director in charge of Special Duties who received the team on Friday commended the players for their tireless efforts that saw them put the best performance.

He urged them to maintain discipline, focus on education, balance sports and books, avoid drugs; smoking and all bad habits that he said might cripple their sports career. 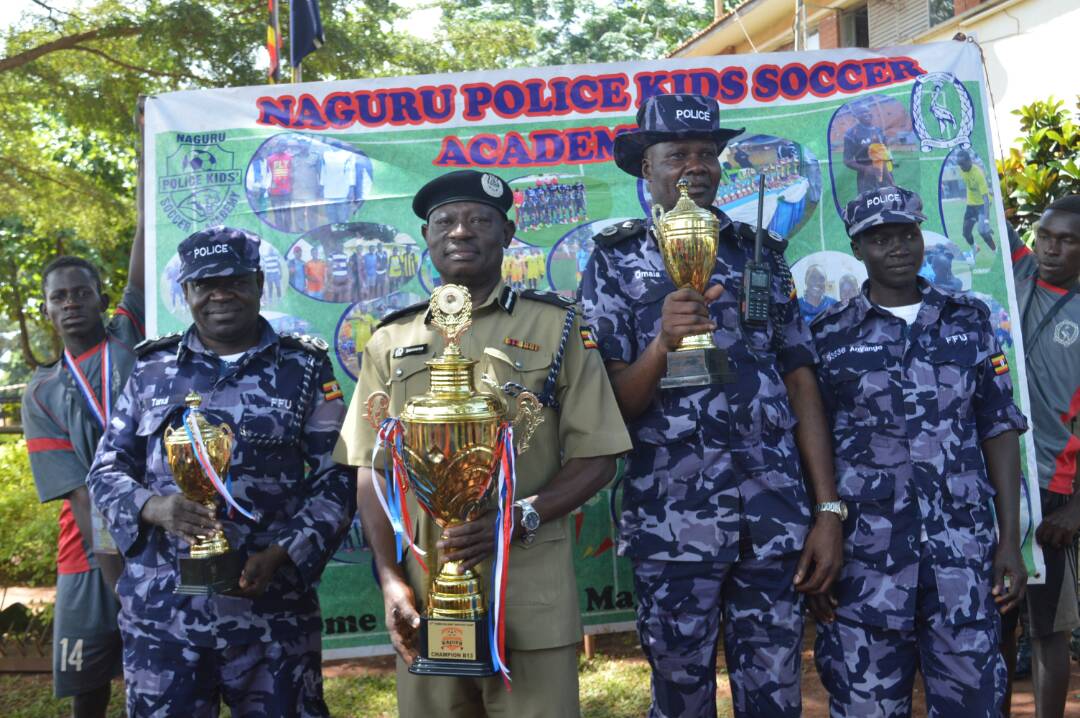