OTHAYA, Nyeri, 30th April 2022 (PSCU) – The third President of the Republic of Kenya, Emilio Mwai Kibaki was on Saturday evening buried at his Munyange home in Othaya, Nyeri County in an elaborate military ceremony that included a 19-Gun Salute and a Kenya Air Force fly-past.

The former Head of State’s body was lowered to the grave shortly after 5pm by the Kenya Defence Forces officers at the solemn ceremony witnessed by President Uhuru Kenyatta, First Lady Margaret Kenyatta and several national leaders among them Deputy President Dr William Ruto and former Prime Minister Raila Odinga.

“As Kenyans, let’s not just say by word of mouth but in deeds and thoughts, let us emulate this elder statesman in all that we do in our lives. I have no doubt if we do that God will continue to bless our nation, the Republic of Kenya,” President Kenyatta said.

The President, who was accompanied by First Lady Margaret Kenyatta, also took the opportunity to thank residents of Othaya, and Nyeri County at large, for giving the country former President Kibaki, a great leader who did a lot for Kenya, East Africa, Africa and the world. 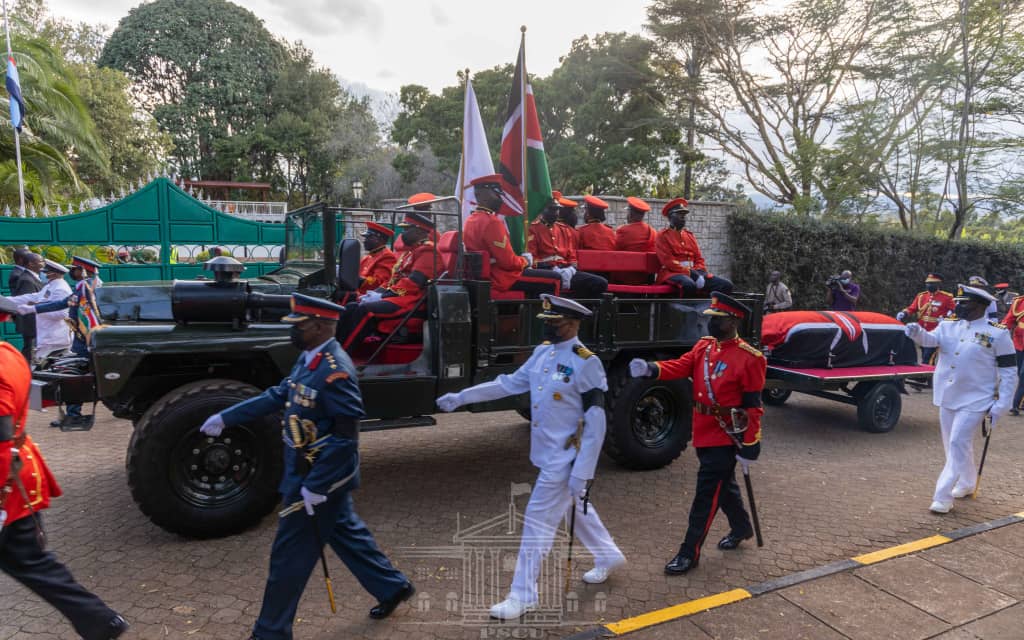 “The world will not forget him (President Kibaki). We will always appreciate him and cherish his achievements,” President Kenyatta said.

The Head of State assured the family of former President Kibaki of his continued support, saying Kenyans of goodwill and friends across the world will always stand with them.

Archbishop Muheria urged politicians to emulate the late former President by embracing humility and forgiveness, saying the virtues are key in consolidating harmonious co-existence amongst Kenyans. 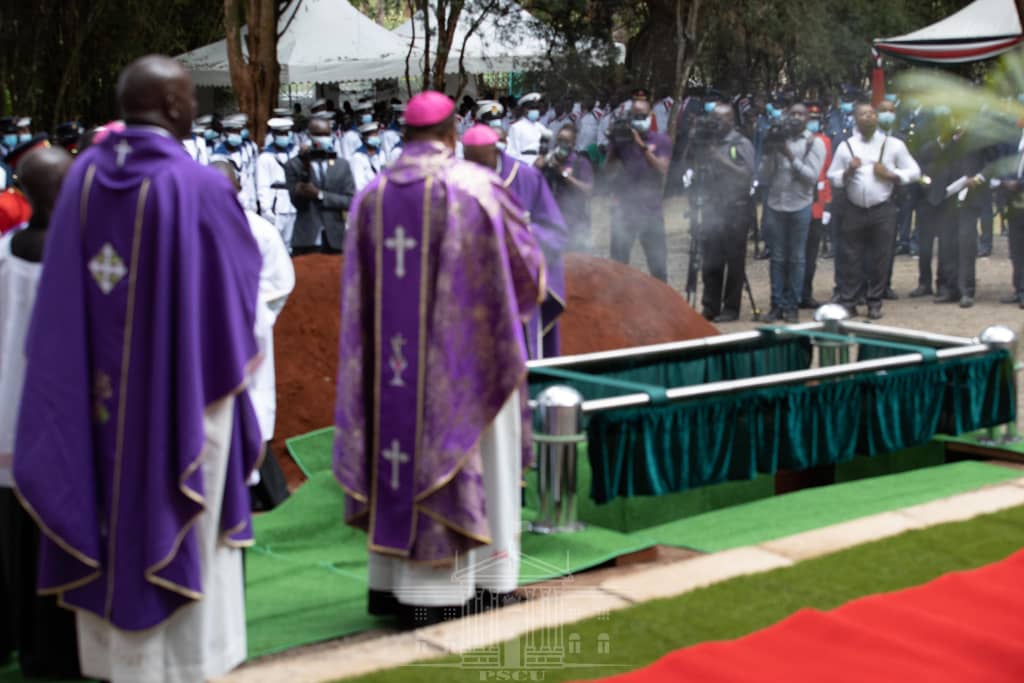 “God wants to reign in our mouths. He (President Kibaki) never said a remark against his competitors. He always joked but was respectful. We need a special sanitizer to disinfect not our hands but our mouths,” Archbishop Muheria said.

In his remarks, Deputy President William Ruto hailed the late President as the father of modern-day Kenya, saying the former Head of State laid a strong foundation for the country’s economic and social transformation.

“It is true, (President) Mwai Kibaki planted the seeds of what has become the greatest transformation of our infrastructure under him and under our fourth President, President Uhuru Kenyatta,” DP Ruto said. 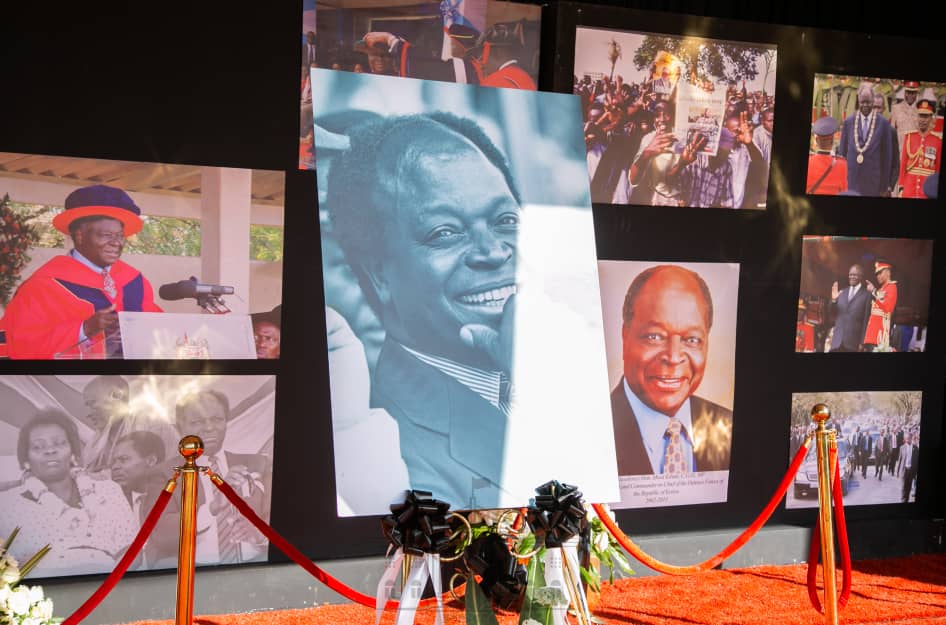 Former Prime Minister Raila Odinga eulogized former President Kibaki as a transformative leader whose knowledge and experience in public service was crucial during the 2002 political transition.

“(President) Mwai Kibaki was someone who had a clear foresight, ready to negotiate, a team player and one who was ready to take new progressive ideas to support development,” the former PM said. 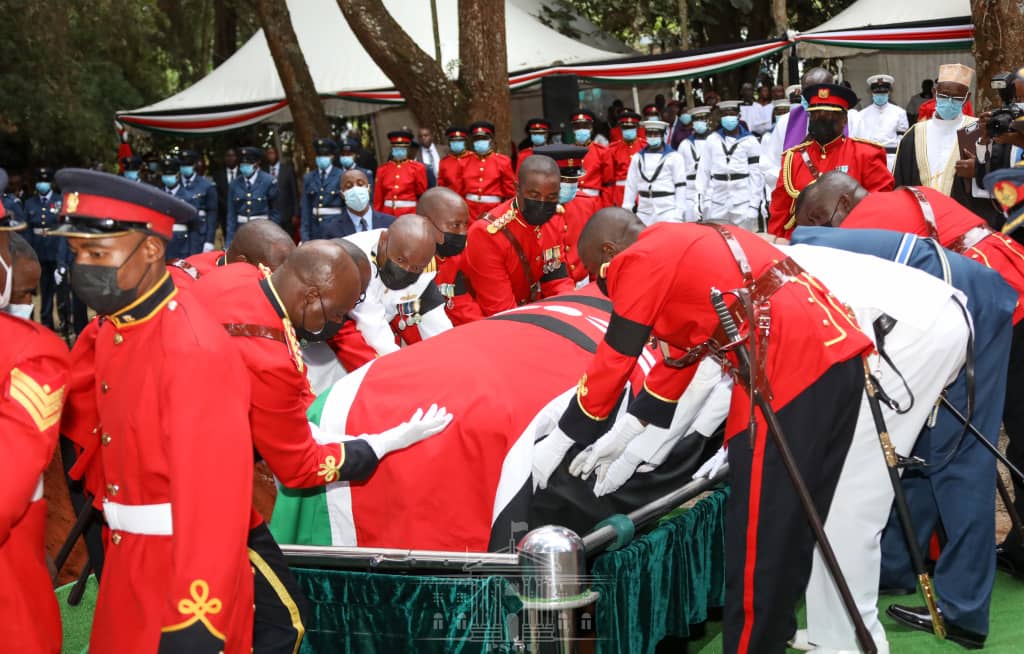 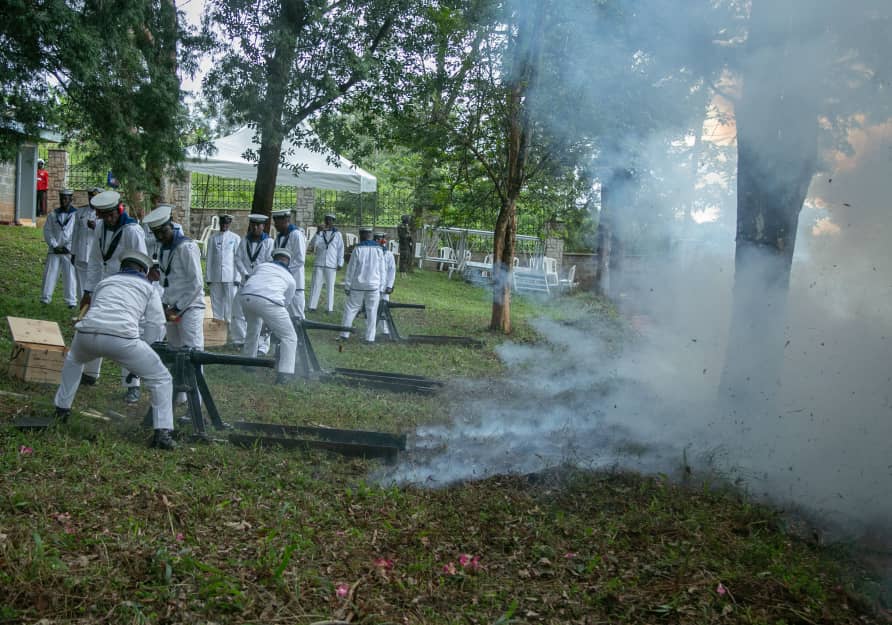 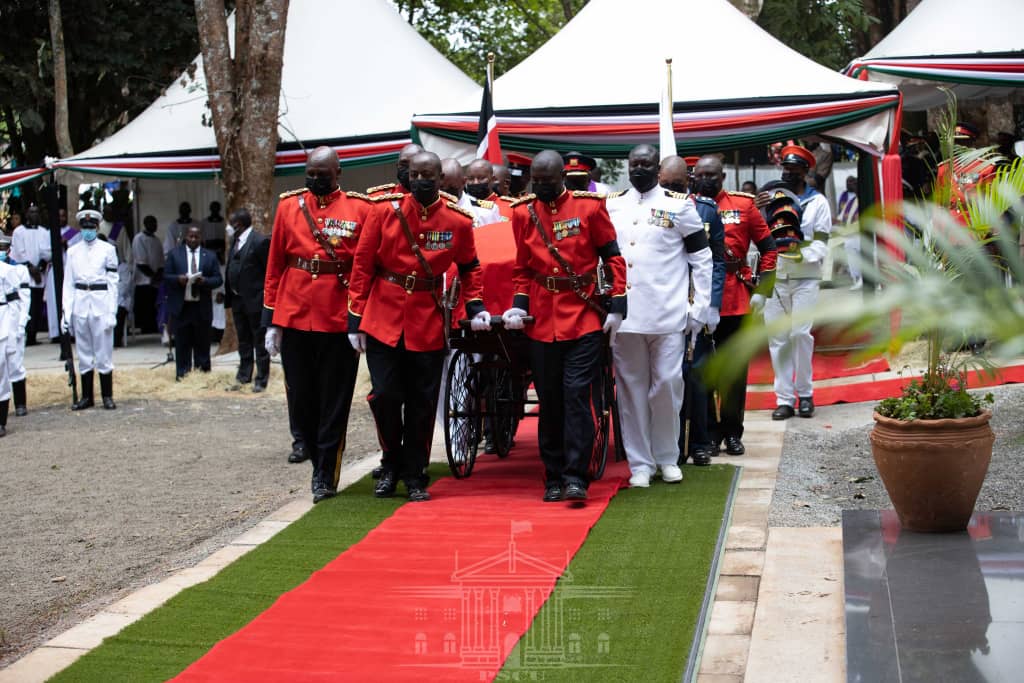 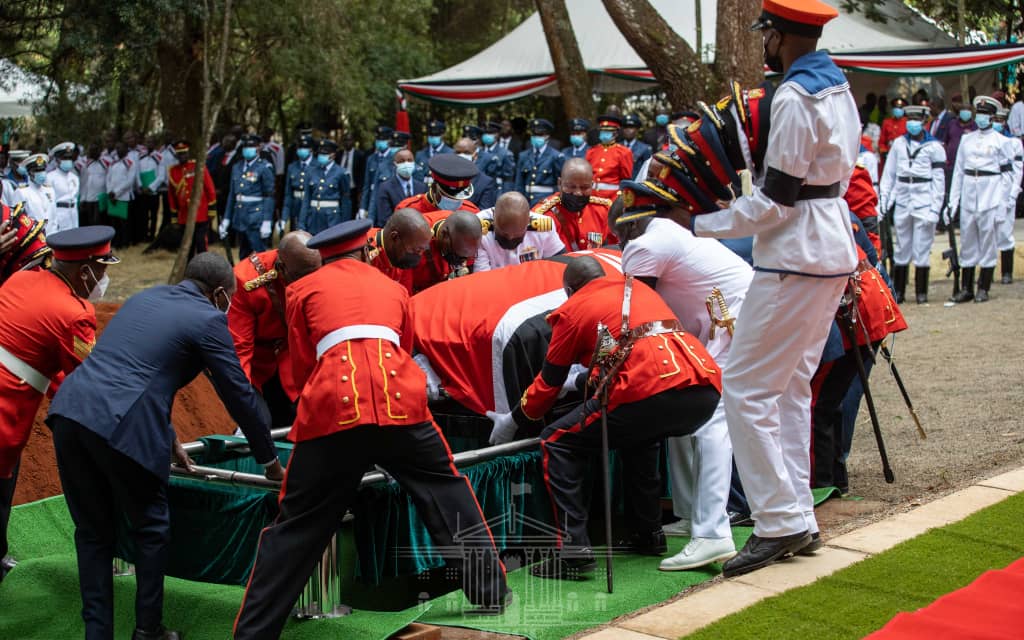 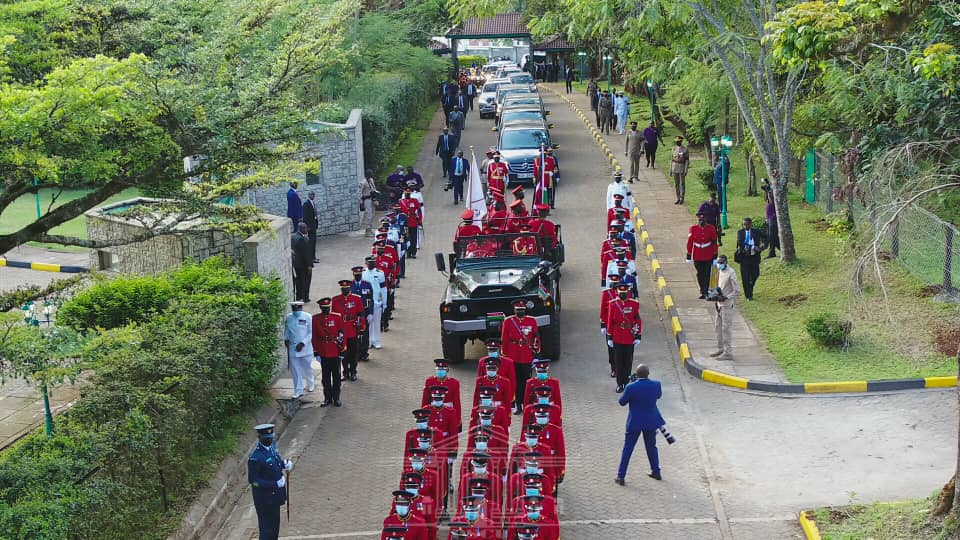