Swangz Avenue songbird Priscilla Zawedde aka Azawi on Friday staged an exceptional performance at her maiden concert held at Lugogo Grounds in Kampala.

At around 10:03 pm, Azawi jumped onto the stage and kicked off the first part of her performance amid a fireworks display.

She started off with her 2021 hit song “My Year”, followed by bangers like “Crazy Love”, “Ache For You”, and “Gimme” off her Maiden album African Music.

She then went on to serve thousands of her fans a cocktail of hit songs.

Azawi also used the concert to pay homage to her label Swangz Avenue’s co-founder Benon Mugumbya by performing a Benon and Vampos classic “I Know” with the duo.

With two years of non-stop hits and Guinness backing, Azawi’s big night was set to be a success from the onset. 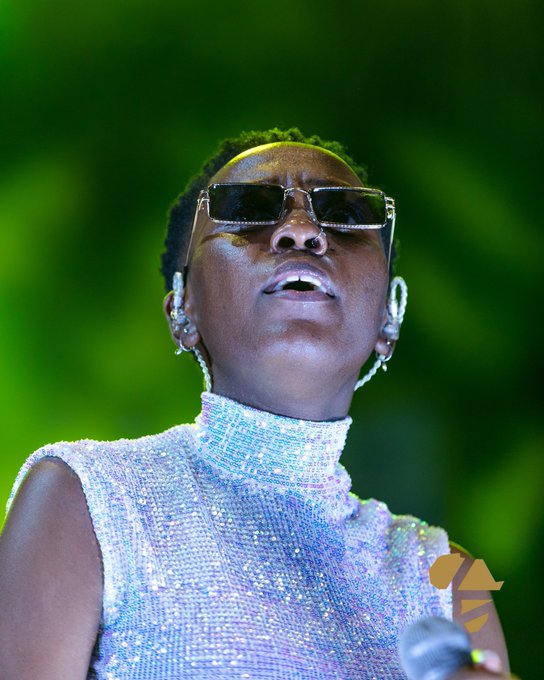 The star also paid tribute to fallen star Mozwey Radio by performing “Nyubani” with both Viboyo and Weasel.

However, the highlight of this first session was her performance with the Swangz Avenue crew led by Benon Mugumbya.

That upped the tempo for the second part of her performance with songs like “Party Mood”, “Slow Dancing”, “Fwa Fwa” and “Lo Fit” that got the crowd singing along word for word.

This part climaxed with “Majje”, a collaboration she did with Fik Fameica in partnership with Guinness Uganda.
Speaking to journalists at the concert, Guinness Uganda Brand Manager, Elizabeth Mutamuliza, said the brand’s interest in Azawi is much bigger than just the concert.

“Azawi is a Guinness Brand Influencer for our Black Shines Brightest Campaign, a campaign that seeks to celebrate individuals who in their different sectors have reshaped culture; individuals that are made of more and go the extra mile. You will agree with me that when it comes to music, Azawi has done just that. So, this concert is one of the many projects we have worked on and will continue to work on with her,” she said. 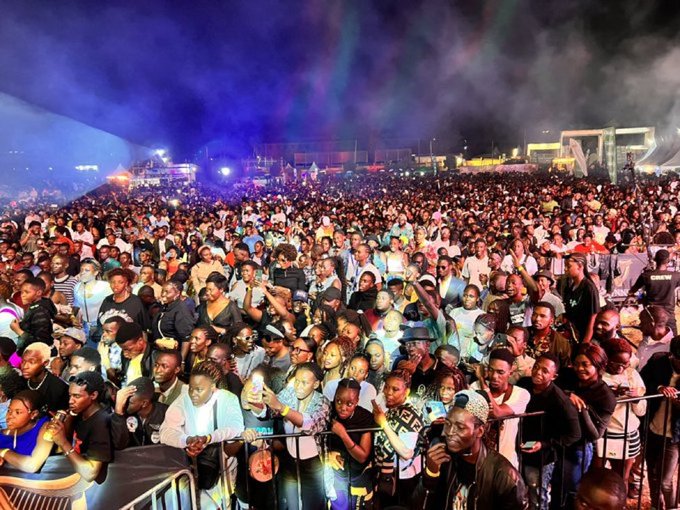 As she took a bow, Azawi thanked her loyal fans for turning up to her first show and showing their support and appreciation for her music.

“Thank you all for coming out. Thanks for the support. You guys have definitely made this my year!” Azawi said.

She also urged fans to take the same spirit to Fik Fameica’s show that is slated sometime next month.