Paul Kagame Takes Over from Museveni as EAC Chairman

Paul Kagame Takes Over from Museveni as EAC Chairman

President Museveni who had occupied the position since May 2017 handed over to President Kagame on Friday during the 20th Heads of State Summit of the EAC in Arusha, Tanzania.

Other EAC leaders who were present at the Summit was President Uhuru Kenyatta of Kenya and John Pombe Magufuli of Tanzania. Burundi was represented by Gaston Sindimwo, the First Vice President while Paul Moyom Akec, South Sudan’s Minister of Trade, Industry and EAC Affairs represented President Salva Kiir.

In his speech after taking over the leadership, President Kagame called on all East Africans to ensure that the community works for the common good of all the people of the region.

He said the EAC is a people-centred institution and its success will be measured by the number of people benefiting from its programs.

In a statement released late on Friday, President Museveni thanked everyone with whom he worked, especially the Secretariat staff led by the Secretary General, Libérat Mfumukeko.

“I wish President Kagame success in his term,” Museveni said.

Museveni pointed out the need for the regional community to work on further lowering the cost of doing business.

“For a long time, with other groups like the World Bank, we have been talking about private sector led growth. But private sector cannot come in if you do not solve high costs of doing business. I am glad that East Africa is waking up to this challenge,” Museveni said.

“We are now committed to tackling the four major cost pushers; electricity, transport, labour and money. We are building dams, constructing railways although our biggest challenge is the cost of finance–we must fix that. Our labour is largely affordable”.

The EAC Secretary General, Libérat Mfumukeko applauded Museveni for his leadership and observed that as the EAC celebrates 20 years since its revival, it has made tremendous progress in the delivery of key regional projects.

He also commended Kenya, Rwanda, Tanzania and Burundi for the tremendous progress they have achieved in the issuance of the East African Passport and challenged the remaining member states to fast track the process.

He urged regional governments to create more partnerships with the private sector as a key development partner. The Secretary General expressed confidence that the region will achieve its goal of having a common regional currency by 2024.

During the summit, the Heads of State appointed Lady Justice Sauda Mjasiri of Tanzania to the East African Court of Justice to replace retired judge Justice Edward Rutakangwa. 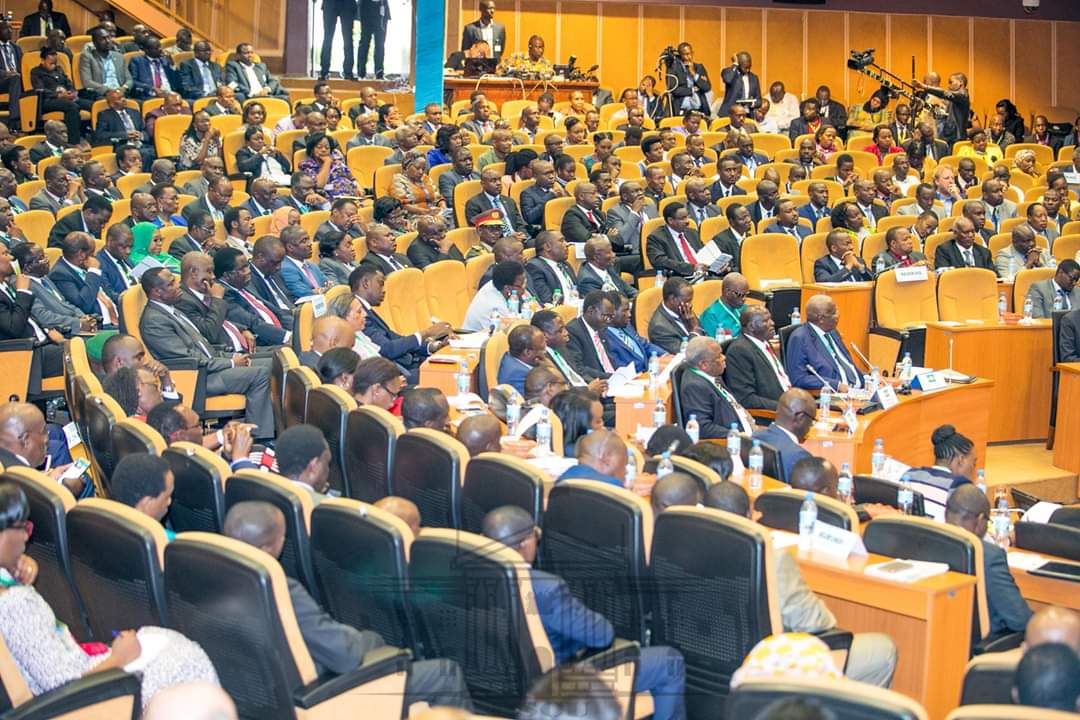