Oulanyah Lauds UPDF for Serving Beyond its Call of Duty

Oulanyah Lauds UPDF for Serving Beyond its Call of Duty

The Deputy Speaker of Parliament, Jacob Oulanyah has credited the national army, Uganda Peoples Defence Forces (UPDF) for going beyond their call of duty – security and engaging in other critical activities such as building infrastructure.

Oulanyah was Tuesday speaking at the national launch of the 38th Tarehe Sita anniversary celebrations held at the Ministry of Defence headquarters in Mbuya, Kampala.

The 2019 Tarehe Sita Week will be held in the districts of Agago, Amuru, Gulu, Kitgum, Lamwo, Nwoya, Omoro and Pader under the theme: “UPDF and the People. Consolidating Peace for Sustainable Development and Prosperity.”

In his remarks during the launch, the Deputy Speaker emphasized that the role played by UPDF when they act beyond their call of duty should not be neglected. He pointed out the army’s involvement in rescue mission in landslides victims in Bududa, treating of Ebola patients as well as construction of infrastructure, among others.

He said that the existing peace and stability which was created by the army has facilitated the movement from bullets to ballots, from human wrong to human rights, from a rag-tag army to a professional army, those formerly in exile are now in the diaspora as they increase our GDP and many infrastructural developments have taken root.

He however implored Ugandans to be mindful of the country’s past which according to him is important in shaping the future of Uganda. A nation that keeps one eye in the past and the other in the future survives as opposed to one that perishes by keeping both eyes in the past, he said.

“Use the past as an instrument to build the nation and not to divide people; and remember that the many things we have achieved are worth celebrating,” observed Oulanyah said.

He, however, implored UPDF to celebrate this transformation while keeping an eye on other challenges like youth unemployment, urban crime, corruption and poverty.

“As a Peoples’ Force, there is nothing wrong in Uganda that cannot be changed by the people. Together, our dream is to sustain the peace that has been ushered by the UPDF. If this dream is shared by all, then it will become reality and the process of transformation will be sustained”.

The Minister for Defence and Veteran Affairs, Adolf Mwesige noted that the strategic guidance by the Commander-in-Chief of the Armed Forces, Gen Yoweri Kaguta Museveni has enabled UPDF to consolidate peace and security which has facilitated the transformation of Uganda.

“As a pro-people Force, our strategic partnership with the civilians has made a huge contribution on the international globe, evidenced by UPDF component in AMISOM and East African Standby Force (EASF), added Mwesige. He further commended the many other stakeholders who have enabled the success of various civil military activities in Acholi sub-region.

Speaking at the same event, the Chief of Defence Forces, Gen David Muhoozi emphasized that UPDF trades in providing a critical public good that is peace; which must be translated into sustainable development and prosperity. Gen Muhoozi added that the historic role of UPDF in transforming Uganda cannot be over emphasized without highlighting the contributions of the people throughout the protracted struggle.

“The support rendered to UPDF by the Acholi community in its bid to consolidate peace and security in Uganda explains the existence of our civil-military activities in Acholi sub-region,” said Gen Muhoozi.

According to the UPDF Chief Political Commissar (CPC) Brig Henry Masiko, the 38th Tarehe Sita anniversary celebrations in Acholi sub-region mark “the beginning of a new era and birth of an ideologically upright peoples’ army that forms the vanguard of the transformation in Uganda today”.

During the week-long celebrations, UPDF medical personnel will be involved in both static and mobile activities to civilians in dental and eye services, voluntary HIV/AIDS Counseling and Testing, Safe Male Circumcision, film shows and fumigation in some selected areas within the sub–region.

UPDF Engineers will perform minor construction and rehabilitation works on a few selected schools, Out Patient Departments, Anti Retro-Viral Therapy clinics, among others. 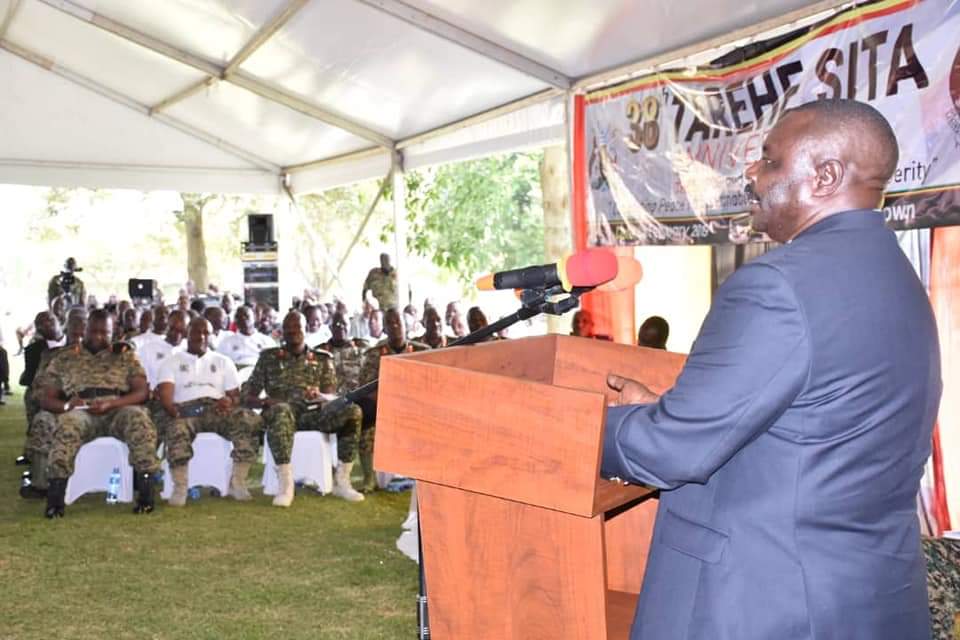 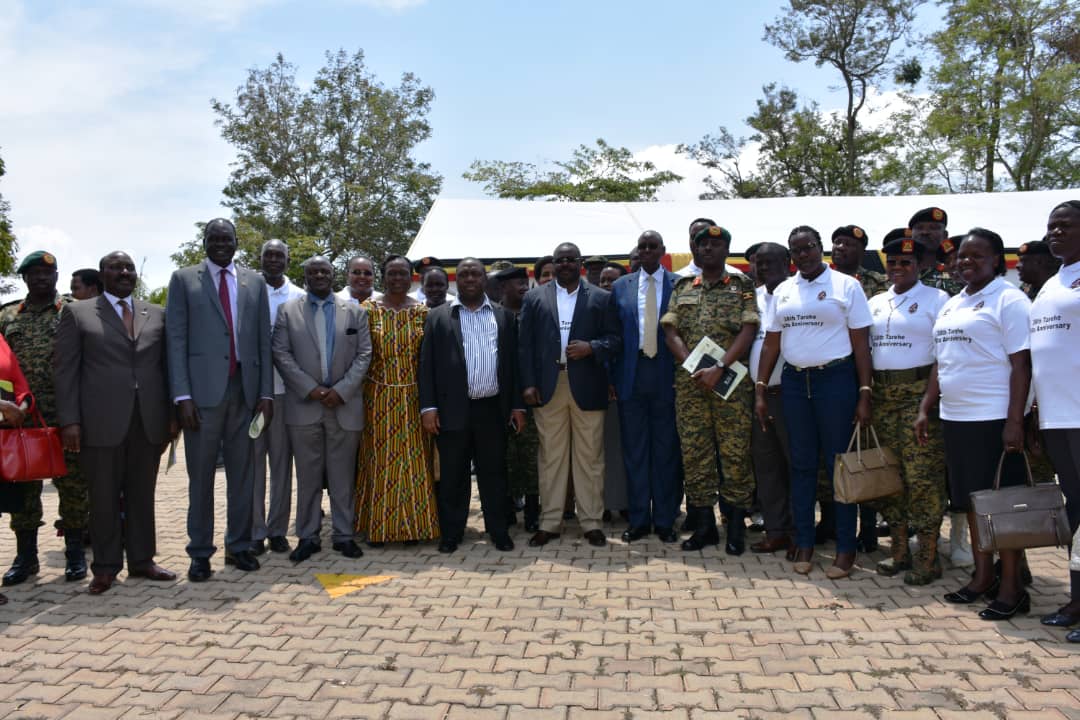 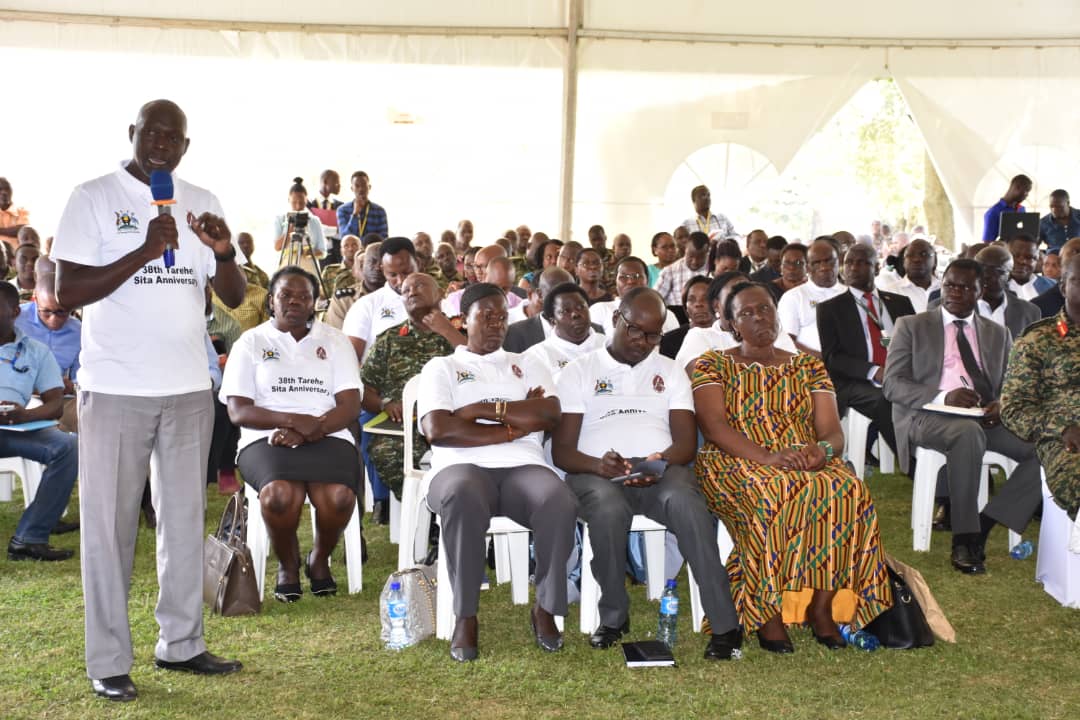