Uganda’s Winnie Nanyondo has qualified for the Women’s 1500m race at the ongoing 2022 World Athletics Championships in Eugene, Oregon (US).

She finished 7th in Heat 3 with 4:03.81 outside the desired top 6 places but qualified among the next fastest 6. 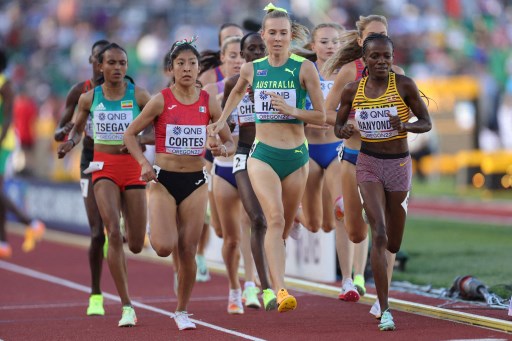 However, Nanyondo fell and did not finish Heat 2 hence was not in a position to advance.

Fortunately, Italy’s Gaia Sabbatini who shoved Nanyondo to the ground has officially been disqualified after an appeal by Ugandan officials.

Controversy in the last 100m of the second women's 1500m semifinal.

Nanyondo will thus advance to the 1500m final as the 13th athlete in the field at 5:50am EAT in the early hours of Wednesday.

She has represented Uganda in several important international events, including both the 2016 Rio Olympics and 2016 Tokyo Olympics, the 2014 World University Cross Country Championships, the 2014 Commonwealth Games, the 2013 Summer Universiade, and the 2012 World Junior Championships in Athletics. 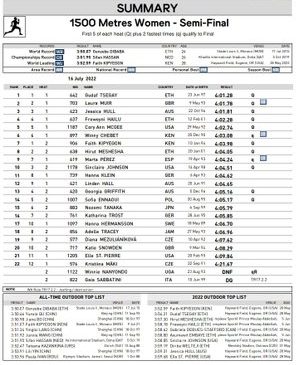