Cheptegei led for large periods of the race and held off all challengers on the final lap at Eugene’s Hawyard Field to clock a winning time of 27:27.43.

He finished ahead of Kenya’s Stanley Waithaka Mburu by 47 seconds and his own teammate Jacob Kiplimo by 54 seconds. 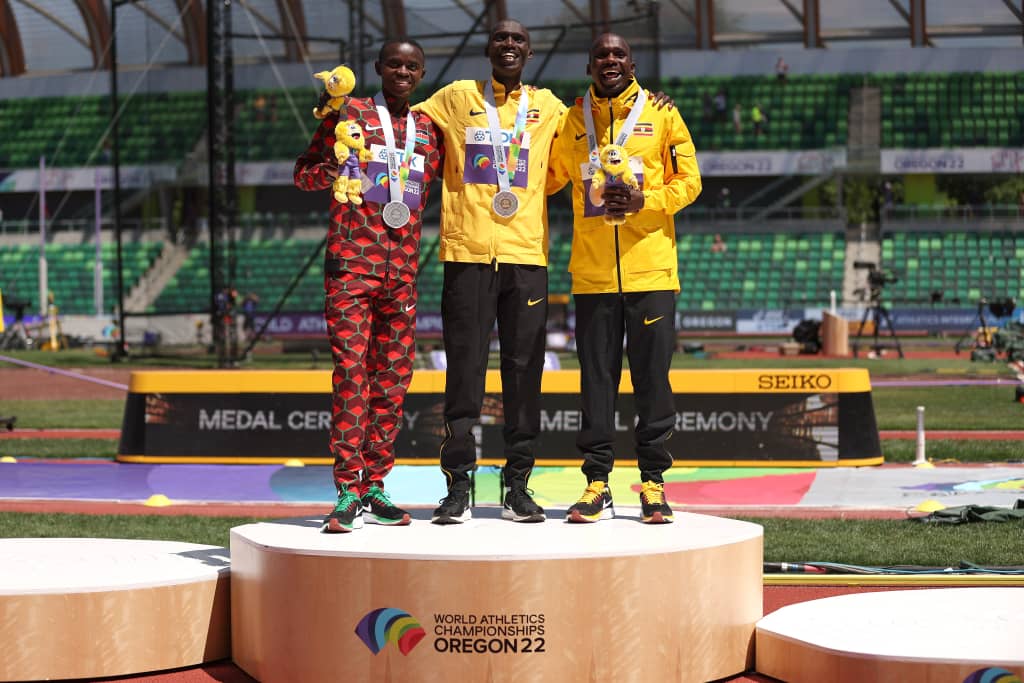 Two years ago in Doha, Joshua Cheptegei and Rhonex Kipruto ran Yomif Kejecha ragged before Cheptegei went on to take the gold medal.

At the Olympics last year, Selemon Barega kicked early and hung on to defeat Cheptegei and Kiplimo. 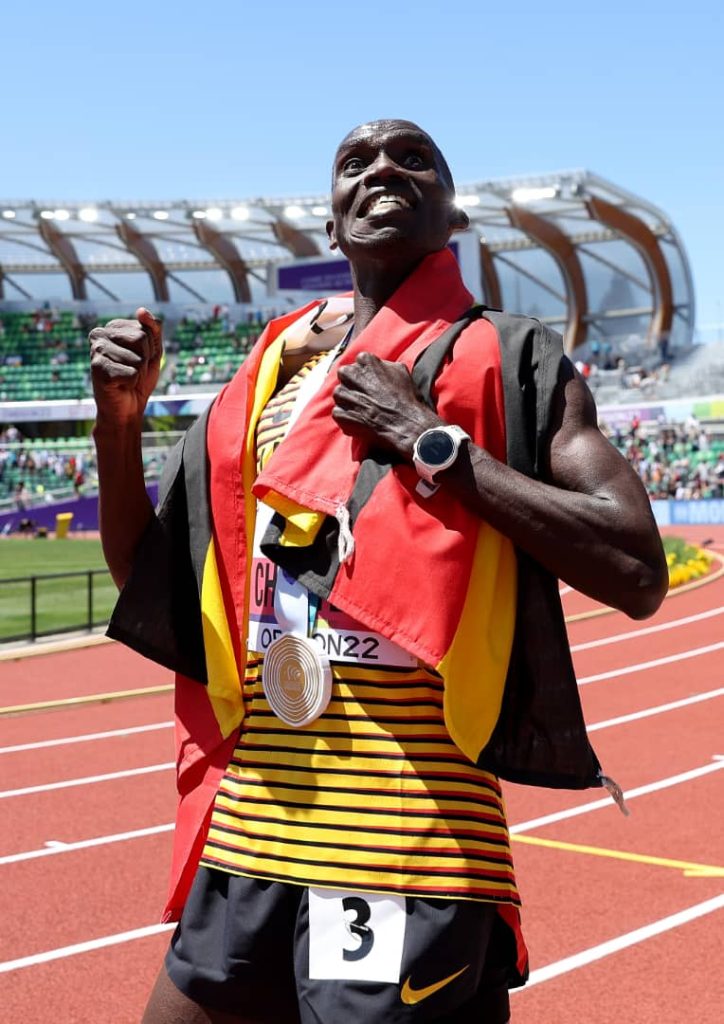 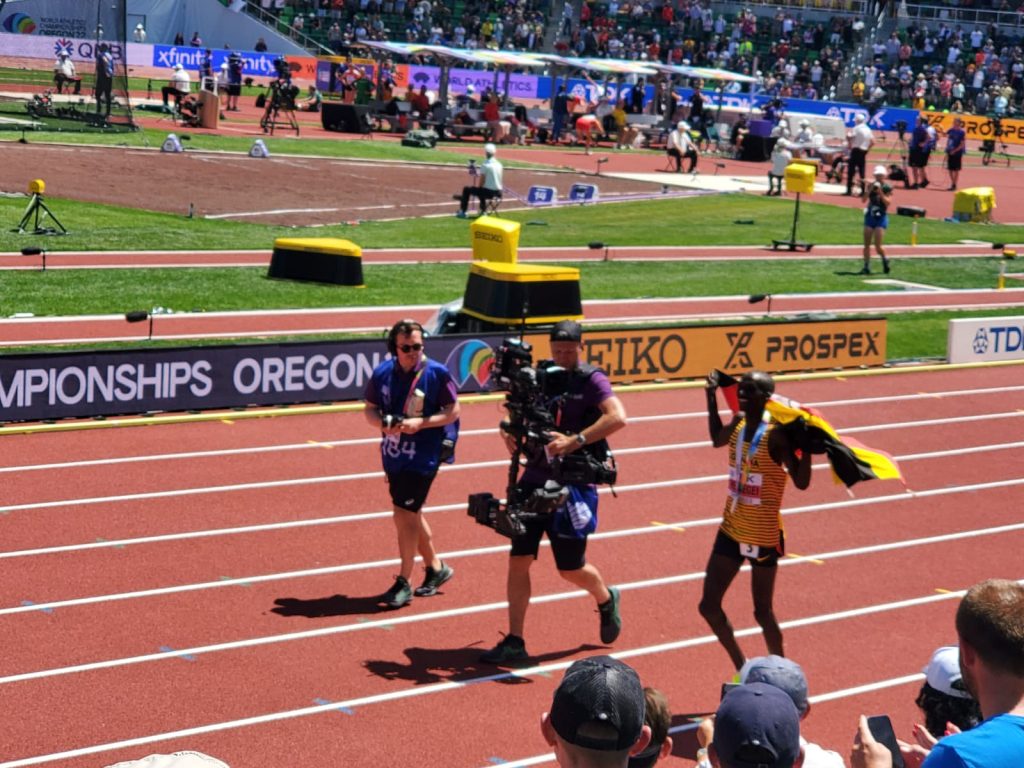